Soft and fruity are the key words when talking of Glen Moray which makes it a very amenable partner with American oak.

It is believed that the closeness of the river and the high water table produces a slightly warmer and more humid microclimate which assists maturation. Since the La Martiniquaise takeover [see below] a higher percentage of first-fill American oak is used, adding more buttery notes to the mix. It was one of the first whiskies to be ‘finished’ in wine casks – Chenin Blanc and Chardonnay specifically – as well as Port. After a few quiet years, new releases are beginning to appear. Some peated malt is now being run as well. 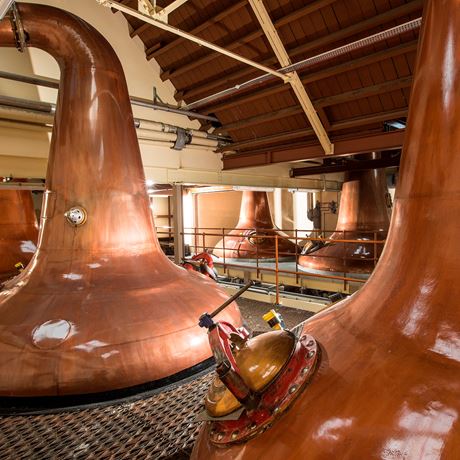 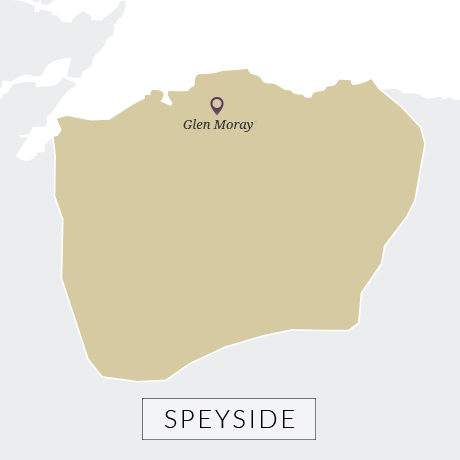 Although now in the midst of housing, Glen Moray originally sat outwith Elgin’s boundaries (it was where the burgh’s gallows once stood) and started life as a brewery, taking its water and power from the fast-flowing River Lossie alongside. The downside of this watery proximity is the act that the distillery regularly floods.

Its function changed in 1897 as one of the many new distilleries built (or in this case converted) at a time when the whisky boom seemed never-ending. Like many [Imperial, Benriach] it fell victim to the slump which took place at the start of the 20th century and closed in 1910, being snapped up in 1923 by Macdonald & Muir (owner of Glenmorangie).

A large Saladin maltings was installed in 1958 when the number of stills doubled to four. The maltings ran until 1978.

In the latter part of its ownership by Glenmorangie, Glen Moray became the firm’s ‘budget’ malt with a price often the same as standard blends. While sales rose, there was little profit made and the distillery’s image was badly damaged.

In 2008, it was sold to French distilling firm La Martiniquaise, predominantly for fillings for its Label Five and Glen Turner brands. Capacity has since been increased by 40% with new washbacks and another pair of stills being installed.