Peated and unpeated whisky from Tobermory – Mull’s only whisky distillery – was once used for both Ledaig and Tobermory. Now Ledaig is a purely peated malt, and a heavily-peated one at that.

The portfolio consists of just two permanent expressions, a 10-year-old and an 18-year-old, both of which are non-chill-filtered and bottled at 46.3% abv in the same fashion as their Tobermory siblings. 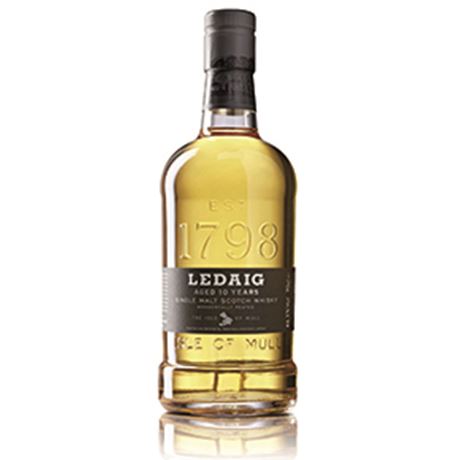 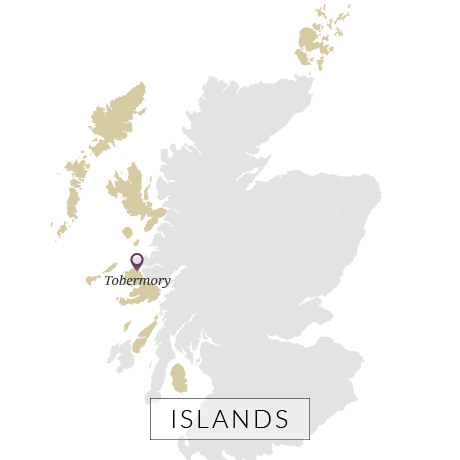 Although the modern incarnation of the brand did not surface until 2007, its history dates back to 1798 when John Sinclair established Ledaig distillery on the Isle of Mull.

At the start of the 19th century Ledaig had a good run, but by 1837 fell on hard times and was subsequently mothballed for 41 years. It reopened in 1878 and operated under a succession of owners until it was purchased in 1916 by Distillers Company Limited. Just 14 years later it was closed again.

An unlikely consortium comprised of a Liverpool shipping company, Sherry producer and other overseas interests, purchased and renovated the distillery and renamed it Tobermory. The Ledaig name, it seemed, was destined for the history books.

Another period of silence ensued, this time where several of the buildings were transformed into holiday lets – with some used as cheese stores – but the site was eventually saved in 1993 when its current owner, Burn Stewart Distillers, stepped in.

Prior to Burn Stewart’s involvement, the distillery had gone through periods of producing both peated and unpeated whiskies, but after taking control – and ridding the site of any remaining cheesy residue – the company made a concerted effort to separate the distillations, producing peated spirit for six months of the year, and unpeated for the remainder.

In 2007 Burn Stewart reignited Tobermory’s original name under the Ledaig brand, which was launched as a heavily peated 10-year-old single malt in contrast to the unpeated Tobermory. It was followed a decade later by the introduction of an 18-year-old with a more fruity, Sherried profile than its younger sister.

In 2015 the limited edition 42-year-old Ledaig Dùsgadh was released for £3,000 a bottle. With a name meaning ‘awakening’ in Gaelic, the expression contains some of the first spirit distilled when Tobermory was reopened in 1972 by the odd consortium.