For 16 years, Limburg Whisky Fair has honed its offerings to cover just about every style and era of whisky you can think of. Angus MacRaild reports on this year’s events. 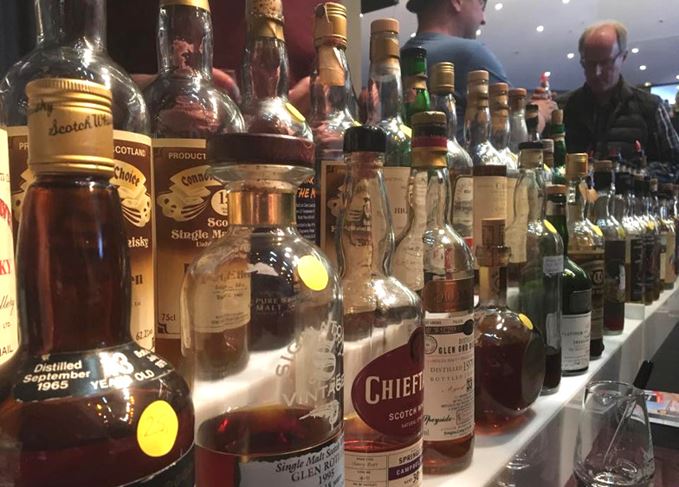 Form an orderly queue: The show has carved a name for itself due to its old and rare whiskies

There are some well-worn tropes about the Limburg Whisky Fair in Germany. Long queues, lanyards, whisky nerds tightly packed into the Josef-Kohlmaier-Halle, profuse sweating.

There’s an element of truth to these stereotypes but, of course, this is to be expected. After all, the festival is now in its 16th consecutive year since the first show took place in 2002. Over the course of that intervening period it has established itself as the largest whisky festival in the world and become, for many whisky enthusiasts, the linchpin of the whisky calendar, around which all other events orbit like satellites.

If you’ve never been then it can be quite an overwhelming experience first time around. In recent years, each show has consistently attracted thousands of people from all over the world. It is the only festival to cover almost all aspects of whisky. New bottlings, old and rare whiskies, New World and Old World whiskies – nearly every style and era is included within the extensive list of exhibitors you can find at the show. This kind of ‘completeness’ is the core of Limburg’s identity as a festival. It is also what helps attract such immense crowds.

In the beginning, the show was much smaller, organised by Carsten Ehrlich, owner of The Whisky Agency. He told me that he never expected those early shows to evolve into the enormous event it has become. At first, it was very much about the old and rare side of whisky; there were fewer exhibitors and far fewer attendees. The show was contained largely within the main space of the Town Hall and – as anyone who was there will gleefully, and constantly, tell you – the prices paid per dram and bottle were considerably cheaper.

In that respect the way the show has evolved, grown up and expanded since its founding has been a kind of ‘cultural barometer’ for the wider expansion of whisky itself. Its audience has evolved from a cult collective to a broad, and sturdy, global fan base.

Global audience: Limburg Whisky Fair attracts thousands of visitors from around the world

When I arrive on Friday afternoon (21 April), there are already hundreds of people in Limburg, swelling the bars and restaurants, making merry with friends they might only get to see once a year at this event. Bottles are cracked open and shared over dinner. The exhibitors set up in the town hall and prepare for the coming festival.

The familiar wooden stands, laden with bottles, slowly begin to arise from bare tablecloths. Many attendees negotiate their way inside for an early look around. This is the prime time for bottle hunters desperate to get the first chance to see, and acquire, this year’s offerings from the retailers and rarity merchants.

In the evening there are always multiple things to do, from a Champagne dinner in one restaurant to a ‘bring a bottle’ event at another. Pockets of friends set up shop in any number of the small city’s bars and restaurants, and carve out their social space.

For me, wherever I’ve gone for food and whoever I’ve been with, the night has always crystallised back at the Limburg institution: the Villa Konthor. A whisky bar owned and run by Robin Pitz and his family, which itself is testament to the power of the festival in that it has given rise to a year-round whisky bar of this calibre. (You know an event has relevance when it begins to inform and change the culture and economy of the city it inhabits.)

The Villa Konthor is very much the nocturnal hub of the Limburg festival. I’ve lost count of the times many of us have ended up back there, staying up far too late, lost in the depths of ceaseless laughter, cold beer and terrific drams. In many ways it is the chaotic ying to the festival’s daytime, workmanlike yang.

Saturday 22 April is the proper first day of the show and is notably busier than the Sunday. This is where the inevitable frustrations of the show arise. Over the years, the festival has taken up more and more of the Town Hall space, to the point that the internal space is now exhausted, and tents have been added to the building’s exterior to accommodate further exhibitors and attendees.

‘Ram-packed’: If there’s a downside to Limburg, it’s the difficulty of moving from one stall to the next

In the main tent the space is a little cooler and there is generally more freedom of movement. In the main hall space, where the majority of exhibitors are located, however, the place is full – Jeremy Corbyn-level ‘ram-packed’. Just moving between two exhibitors takes a long time and often involves navigating logjams of thirsty whisky geeks around staircases and foyers. It’s a problem that there isn’t an obvious answer to when there isn’t a larger venue to be had in town. For the time being, though, it still works. The problem will lie in the future, if and when another 1,000 or 2,000 people want to attend each year.

The Sunday, as always with these events, is quieter and a little more relaxed. It makes exploring the rest of the show and talking to exhibitors a little easier. Part of the joy of the show is having the luxury of some time with great whisky people that you rarely otherwise get to see.

And, of course, there is the whisky. As I mentioned earlier, there isn’t really another show on the planet with the sheer diversity of drams on offer. To pick out highlights is hard, given the sheer quantity of amazing drams that people regularly waft under your nose or thrust into your hand. It can be difficult to keep track.

But I must say, a new, tropical fruit-laden bottling of 1991 Bowmore by independent bottler Nectar, and a pair of beguilingly beautiful, extremely rare cask strength 1969 Connoisseur’s Choice Port Ellens bottled by Jens Drewitz, of Sansibar Whisky, were undoubtedly high up the list for me this year.

In the end, as with all of these shows, what makes it work is not really the whisky but the fact that the drink has given rise to such a vast ocean of mutual passion, shared philosophy and friendship. What always strikes me most at Limburg is the sheer amount of laughter, hugging, good-natured banter and late night revelry.

Whisky is the thing that brings all these people together, but Limburg is a social event above all else; it’s the ultimate place for the whisky lover to let off steam among like-minded people, meet old friends, make new ones and all the while indulge in some of the greatest old and new whiskies the world has to offer. I don’t feel I have to say I’ll be there again next year – it just feels like a natural inevitability. 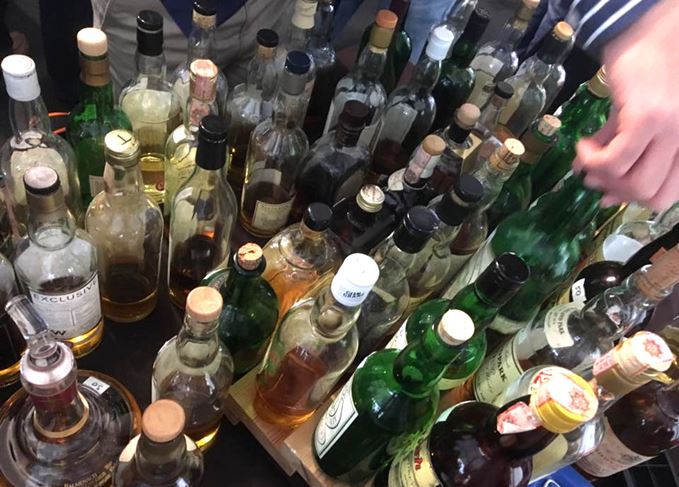 Eclectic mix: Old, rare, new and young whiskies from around the world were available