Canada’s complex whisky market, strictly regulated and dominated by provincial boards, is a minefield for independent whisky bottlers. So how can they survive – and even thrive? Johanne McInnis reports. 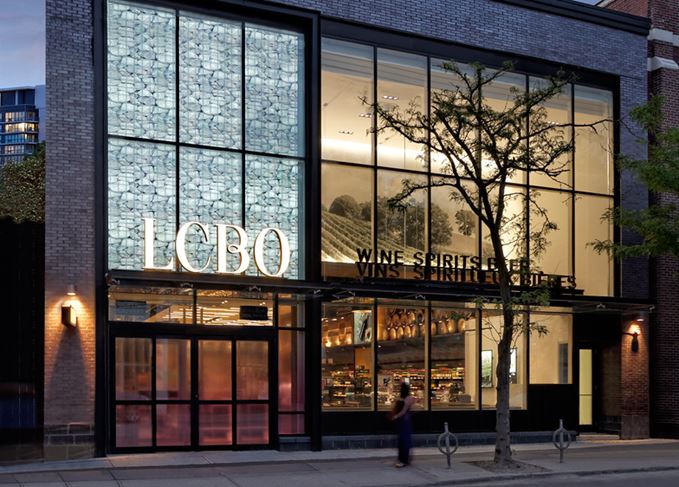 Most of Canada's whisky shops are run by provincial control boards, such as the LCBO in Ontario

According to the Scotch Whisky Association, Scotch represents one-quarter of Britain’s food and drink exports but – unlike our American neighbours (the US is the top Scotch market by value) – Canada is by no means a powerhouse, ranking only 16th in the global list.

In a country that spans 5,800km, spirits importation, sales and distribution is controlled by 11 different provincial boards, the only exception being Alberta, which privatised liquor establishments in 1993.

In most provinces whisky cannot be purchased online or shipped inter-provincially and, depending on where the whisky drinker lives, they may be left feeling a bit gouged since mark-ups are as follows: Ontario 147%, British Columbia 196% and Nova Scotia 200%. Alberta’s is the smallest at 103%.

Whisky companies too are faced with separate regulations for each province: archaic restrictions on bulk imports; in some cases, mandatory bilingual labelling. Industry sources suggest that the largest buyer/retailer of beverage alcohol in the world, the Liquor Control Board of Ontario (LCBO), is also the most difficult to collaborate with, thanks to long requirement lists, demands for complete product control, complex importation fees and service charges.

The choice and variety of Scotch whiskies available differs from province to province, but there is one common characteristic: independent bottlings are difficult to find or non-existent.

East of Quebec, enthusiasts don’t seem to grasp the independent bottler concept. Many have tried to crack the Atlantic Canadian market, only to give up and leave; however, small amounts of Gordon & MacPhail or Hart Brothers bottlings are presently available.

Frank Scott, owner of the Lunar Rogue Pub in Fredericton, New Brunswick, helps to organise the NB Spirits Festival (Canada’s longest-running whisky show in Canada). ‘It is extremely challenging to make whisky consumers understand what [independent bottlings] are,’ he reports.

‘Attach dramatic cost increases over the last few years and it is basically impossible to get the price-sensitive imbiber to spend extra on slightly higher-priced IBs. This is where I feel whisky festivals play an important part in showcasing independently bottled Scotch so that the consumer can understand the concept and taste the quality of these whiskies.’

Jacqueline Sutherland, regional sales manager at Wemyss Malts, has been trying to introduce the brand to the Canadian market for a few years, but achieving permanent shelf space has been a struggle.

‘Working within a monopoly environment via the tendering process can take months and, since Wemyss has limited bottle runs, we can be out of stock by the time the winning tender is announced,’ she says. ‘If we do manage to get limited editions placed on shelves (via the monopoly), they must be sold through at a fast rate, or large discounts can be forced at the cost of the supplier.’

The guidelines are strict, the marketing budgets small and visiting individual provinces very expensive. For Wemyss and other IBs, the route into the Canadian market seems to be a narrow one: Alberta.

‘The privatised stores have the ability to select stock they want to work with directly and appear to understand the benefit of differentiating their offerings, so [they are] actually seeking out independent bottlings because of what they can bring to their client base.’

In 2004, while living in Edinburgh, Rob and Kelly Carpenter were introduced to the Scotch Malt Whisky Society (SMWS) by fellow Canadian Sam Simmons. After many years of bringing home bottles for friends, they realised that the SMWS business model didn’t exist anywhere in Canada so, in autumn 2011, they launched the Canadian SMWS branch in Calgary, Alberta, expanding a year later into Vancouver and Victoria, British Columbia. Their customer base now exceeds 750 members and they have expanded into additional private stores in both provinces.

Rob Carpenter says local members, such as Victoria’s Strath Liquor Store and Calgary-based Andrew Ferguson, play a huge part in the success of SMWS Canada. Ferguson, owner of Kensington Wine Market, knows that indies are still a tough sell in most of Canada, but relies on the fact that his clients are an adventurous segment of the market.

He backs this up with regular classes and in-store tastings. ‘I tend to focus on the producers that have a great track record of high-quality whiskies,’ he says. ‘Cadenhead’s and the Scotch Malt Whisky Society would be nearer to the top of that list, but there are other fantastic companies such as Gordon & MacPhail, Signatory, Cooper’s Choice and the Whisky Agency.’ To the Carpenters, what sets private liquor establishments apart is that they treat themselves as whisky destinations, creating a distinctive and personal experience.

The growth and longevity of independent bottlers in Canada appear to hinge on three key factors: private liquor establishments that embrace diversity; knowledgeable sellers; and an educated whisky consumer. The big question is whether the monopolies will buy into the IB concept and, in turn, whether independent bottlers will survive and thrive in the market – or simply disappear.