Cocktail recipes don’t get much easier than this but, just as a chameleon can change its colours, the Rusty Nail can be adapted with any number of different Scotch whisky expressions. Naren Young draws on nostalgic memories of this frequently forgotten concoction and offers his top whisky recommendations for recreating the Rusty Nail at home. 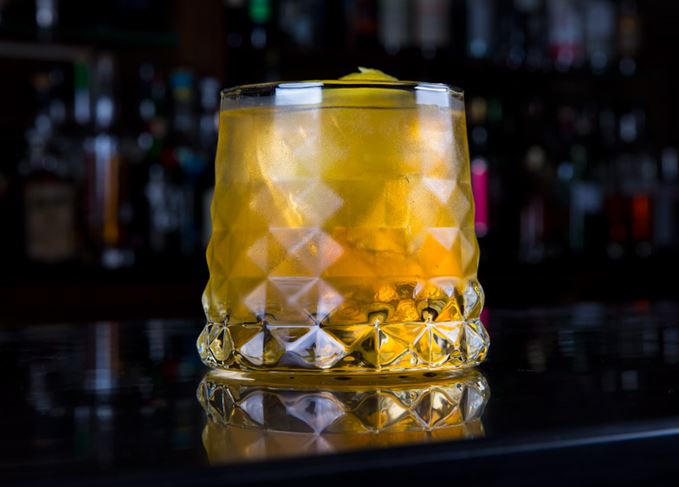 The Rusty Nail: A simple yet delicious cocktail to whip up at home

When I was about 14, I saw the movie Cocktail and developed a strange infatuation for cocktails. True story. It grew into a full-blown obsession that has never wavered.

My mother, bless her heart, started buying me a bunch of rather mediocre cocktail books – at least they were by today’s standards. They were the sorts of books that any housewife with even a passing interest in mixed drinks might have gathering dust on a shelf in their kitchen. The name on the cover said Woman’s Weekly.

I remember another one of the tomes clearly. It was called the Drinks Dictionary and I did use it frequently as a reference guide. It contained a few rudimentary cocktail recipes in the back, with no accompanying pictures.

Hidden among these classic formulas (with each drink broken down into parts, if I recall) was the Rusty Nail. It was the first time I’d come across this peculiar drink, and was therefore the first time I taught myself to make a drink.

It seemed simple enough to prepare, even by a novice like me. I’d certainly tried a few Scotches, but what was this oddity called Drambuie? A quick scan to locate the brief descriptions of each spirit and liqueur would tell me that it was a Scotch-based liqueur flavoured with honey. It sounded nice enough. Now that I’ve carved out a career making drinks and writing about them, I know intimately what Drambuie is and how delicious it can be in a wide range of cocktails.

The Rusty Nail is typically served as a digestif, and its sweet flavour profile certainly lends itself as an admirable after-dinner tipple. I would argue, however, that when made in the right proportions it can play the part of an appropriate preprandial aperitif also.

That is to say, only a whisper of Drambuie is needed, plus a generous zesting of lemon oils over the top to brighten the drink and cut through the inherent oiliness. If you use a dry whisky with a vibrant acidity, then this will make even more sense.

Devil’s in the detail: Garnish your Rusty Nail cocktail with a large slice of lemon peel​

I recently had a Rusty Nail sent back by a fussy guest. The customer on this occasion was a prominent American distiller who deemed my version ‘too light’. Apparently there are Rusty Nail connoisseurs who walk among us. I had used the Compass Box Great King Street blend, which is a glorious whisky for the Rusty Nail (well, at least I think so), but I could see his rationale. I remade it with Johnnie Walker Black, with its richer profile coming from more Islay malts in the blend.

Any of these following drams would also never look out of place in a Rusty Nail: Chivas Regal 12, Glenmorangie Nectar d’Or, Talisker 10 or Macallan Fine Oak. Single malt in a cocktail? Sure, why not?

Truth be told, the Rusty Nail is a drink that is almost never ordered nowadays. At least not in any bar I’ve been in charge of. To that end, I’ve put a Rusty Nail on several menus in recent years, the kitsch irony perhaps catching the eye of some nostalgic drinkers.

The most common recipe most people follow is equal parts Scotch to Drambuie, but this is far too saccharine in my opinion. It only needs a whisper of Drambuie and, if you’re feeling flush, try making one with their 15-year-old expression and a single malt as the base. You can’t get mad at a drink like that. Just don’t forget the lemon twist.

It also helps if the drink is stirred over ice so it dilutes slightly, and then strained over an obnoxiously large chunk of ice, thus bringing the proof down but also cutting the sweetness. Now the drink is much more than what grandpa might have imbibed; now it’s a serious drink, contemplative perhaps, that again deserves our attention and respect.