English-born, naturalised American journalist and broadcaster Christopher Hitchens was as uncompromising in his political opinions as he was in his lifestyle choices: plenty of cigarettes and alcohol, with Johnnie Walker Black a personal favourite. Iain Russell retells a life lived without regret. 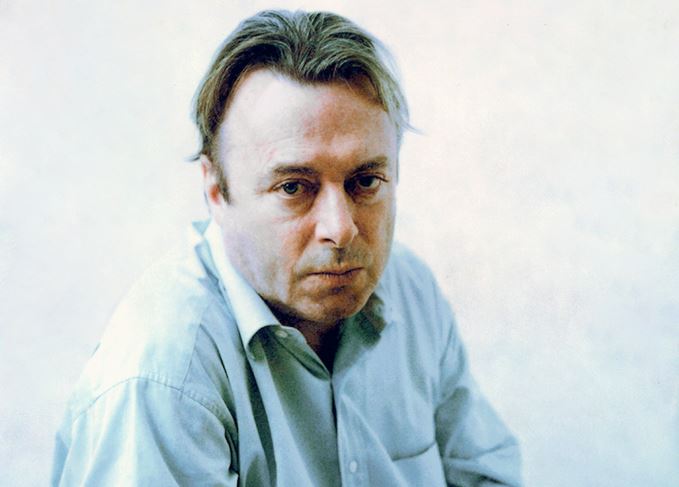 Christopher Hitchens (1949-2011) was an English-born, naturalised American polemicist, journalist and broadcaster. He also enjoyed drinking whisky – and not in moderation.

The Scottish politician George Galloway referred to him as ‘a drink-sodden ex-Trotskyist popinjay’. Hitchens, meanwhile, happily admitted that he drank enough each day ‘to kill or stun the average mule’.

Hitchens flirted with Trotskyism as a student in the 1960s, and was known for his left-wing views while working as a journalist in the 1970s. After moving to the US in 1981, however, his political views became more fluid (he rejected the labels ‘libertarian’ and ‘neoconservative’).

He wrote stinging critiques of Presidents Ronald Reagan and George Bush Snr, but also of Bill Clinton. He castigated American foreign policy in South and Central America, but was vociferous in his support of the invasions of Afghanistan and Iraq.

Describing himself as an ‘antitheist’, Hitchens published a best-seller called God is Not Great and once said that the real ‘Axis of Evil’ was formed by Christianity, Judaism and Islam. His savage critique of Mother Teresa reinforced his reputation as a writer who revelled in controversy and for whom no subject was off-limits.

Hitchens became a regular, loquacious guest on American talk shows, and a star performer on the lecture circuit. Journalist Michael Schermer noted that he would always appear on the conference stage accompanied by a ‘Hitch Mix’ – a large whisky, a bottle of mineral water and a glass of red wine.

Hitchens’ whisky of choice was Johnnie Walker Black Label, which he called ‘Mr Walker’s amber restorative’. He explained his preference to an interviewer in in 2009. It was, he said, ‘the best blended Scotch in the history of the world… Breakfast of champions, accept no substitute’.

Hitchens never took the trouble to develop a taste for single malt, for the simple reason that ‘when you are voyaging in rough countries it won’t be easily available’.

Whisky played an important part in his daily writing regime, which he described thus: ‘At about half-past midday, a decent slug of Mr Walker’s amber restorative, cut with Perrier water (an ideal delivery system) and no ice.

‘At luncheon, perhaps half a bottle of red wine: not always more, but never less. Then back to the desk, and ready to repeat the treatment at the evening meal. No “after-dinner drinks” – most especially, nothing sweet and never, ever any brandy. “Nightcaps” depend on how well the day went...’

The pre-prandial whisky was not always a solitary one – in restaurants, many of his dining companions recall, he would often call over the waiter, point to his empty glass and ask for ‘a Xerox’.

But his ability to produce good copy was apparently unimpaired: Graydon Carter, his editor at Vanity Fair, reported that ‘after stumbling back to the office, we set him up at a rickety table and with an old Olivetti [typewriter], and in a symphony of clacking he produced a 1,000-word column of near perfection in under half an hour’.

Hitchens’ loyalty to his favourite brand was so well-known that, he said, ‘hosts greet me, sometimes even at the airport, with a large bottle of Johnnie Walker Black Label. It’s almost as if they feel they must propitiate the demon that I bring along with me. Interviewers arriving at my apartment frequently do the same, as if appeasing the insatiable’.

No regrets: Hitchens pictured in 2010, a year before he died

His second wife, Carol Blue, accepted that ‘even though he's obviously an alcoholic, he functions at a really high level and he doesn't act like a drunk, so the only reason it's a bad thing is it's taking out his liver, presumably’.

Referring to the subject of one of his most famous books, whom he had denounced as a war criminal and lawbreaker, she added: ‘It would be a drag for [former US Secretary of State] Henry Kissinger to live to 100 and Christopher to keel over next year.’

Hitchens never gave up on the cigarettes and alcohol, even after his cancer diagnosis in 2010. When Andrew Adams went to interview him for The Guardian, he assumed that Hitchens would have been told to stay off the whisky, so he brought him a bottle of white wine.

Adams recalled: ‘He was grateful for my white wine, but only because that's what I drink and he was low on stocks. For himself he poured a generous measure of Johnnie Walker.’ Hitchens died the following year.

He never expressed any regrets about the boozy, heavy-smoking lifestyle that probably hastened his death, from complications arising from oesophageal cancer. ‘Booze and fags are happiness,’ he once said.

Near the end, in more sombre mood, Hitchens told television host Charlie Rose that he would not have had it any other way – it was ‘impossible for me to imagine having my life without going to those parties, without having those late nights, without that second bottle’.

Meanwhile, Henry Kissinger is less than six years short of his 100th birthday…