Crime novelist Dashiell Hammett, the author of The Maltese Falcon and Red Harvest, won acclaim for his gritty portrayal of hard-bitten private detectives, including Sam Spade. He also had a formidable appetite for Scotch whisky, which featured heavily in his books. Iain Russell reports. 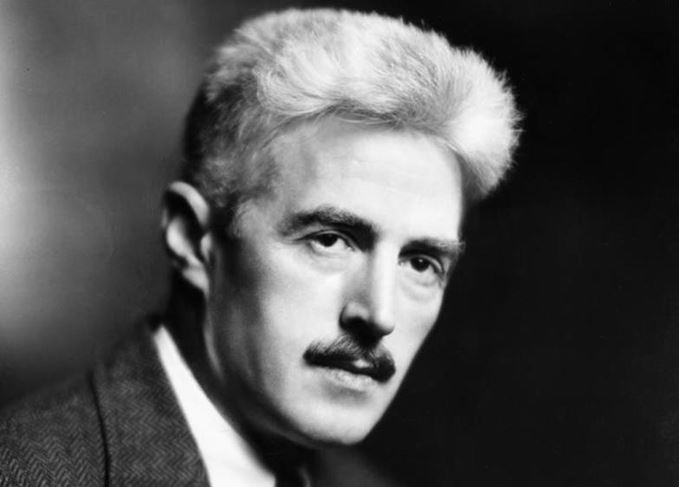 Dashiell Hammett (1894-1961) was one of America’s greatest crime novelists. He was the pioneer of ‘hard-boiled’ detective stories, spawning the American film noir genre that has been so influential in popular culture.

Raymond Chandler, who followed in Hammett’s footsteps as an author of ‘pulp fiction’ classics, met the older man just once. He remembered him as ‘very nice-looking, tall, quiet, grey-haired’, with a ‘fearful capacity for Scotch’. Coming from Chandler, who drank far more whisky than was good for him, that’s a telling observation.

Born in Maryland, Hammett became an agent with the famous Pinkerton National Detective Agency in 1915. He contracted tuberculosis while serving in the Army in 1918, and ill health prevented him from continuing to work as a detective. So, in 1922, he became a writer.

Hammett specialised in short stories for pulp magazines such as Black Mask. His characters were based on the tough private investigators, policemen and criminals he had known in San Francisco during his time with the agency.

Many of the best short stories featured The Continental Op, a cynical gumshoe working for the Continental Detective Agency. They were told in a terse, gritty style that struck a chord with readers unconvinced by the middle-class manners and cerebrally deductive methods of Sherlock Holmes and others from the traditional school of detective fiction.

Classic scene: Bogart, as Spade, is poured a generous measure by Greenstreet, as Gutman

After sending his family to live with relatives, Hammett took digs in San Francisco to focus on his writing. In their book Private Eyes (1984), Robert Allen Baker and Michael T Nietzel say that he lived there ‘on soup, Scotch, coffee and cigarettes’, while hammering out his stories.

He slept with a large number of women, many of them prostitutes. Along with his tuberculosis and his frequent hangovers, he often suffered from painful bouts of venereal disease.

The film producer Nunnally Johnson wrote that, when he met Hammett in the late 1920s, ‘his behaviour could be accounted for only by an assumption that he had no expectation of being alive beyond Thursday’.

And yet, between 1927 and 1933, Hammett wrote the five novels which cemented his reputation as the father of American detective fiction.

His first novel was Red Harvest, rated by the magazine Time as one of the 100 best English language novels published between 1923 and 2005.

It’s the tale of the Continental Op’s violent campaign to clean up a corrupt town in Montana. There’s a lot of gin and Scotch consumed along the way, and a storyline that involves a bootleg cargo of Dewar’s.

The Maltese Falcon introduced another private eye, Sam Spade, to the world. Spade was a tough, cynical and hard-drinking character who proved immensely popular with readers.

Cinema audiences loved him too, after the eponymous movie starring Humphrey Bogart and the Oscar-winning Sydney Greenstreet was released in 1941.

Hammett’s fifth and final novel, The Thin Man, is a much frothier affair than the others. It too proved extremely popular, and was made into a movie (ultimately with five sequels), starring William Powell and Myrna Loy.

The black bird: The film of The Maltese Falcon helped cement Hammett’s reputation

The Thin Man features Nick and Nora Charles, a perpetually tipsy crime-solving married couple. Nick starts the day with a pre-breakfast Scotch aperitif, and he and his wealthy wife drink copiously throughout the novel while investigating the crime.

There’s a lot of knowing banter in the book, which is set during Prohibition. When Nora is asked if Nick is working on a case, she says: ‘Yes. A case of Scotch.’

The characters are smug and insufferably cheerful, and Hammett admitted later that he hated them.

Hammett’s vivid, gritty style attracted the movie moguls, and in 1930 he went briefly to Hollywood to write for the Paramount Studio. He met the playwright Lillian Hellman there, and they embarked on an affair which lasted, on and off, until he died.

Hammett was summoned back to Hollywood after the success of The Thin Man, and wrote After the Thin Man and The Return of the Thin Man, the second and third movies in the series.

However, he developed writer’s block and never produced another story. In 1948, after a doctor told him his drinking would kill him, Hammett gave up alcohol.

Hammett had become involved with several left-wing political groups during the 1930s and 1940s. In 1951, he was jailed for six months for refusing to cooperate with a court investigating The Civil Rights Congress, of which he was president. His health never recovered.

Final resting-place: Hammett never recovered from a spell in prison in the early 1950s

The film script based on Hammett’s most famous novel, The Maltese Falcon, was remarkably faithful to the book. Some of the most famous scenes involve Spade, played by Humphrey Bogart, jousting verbally with Sydney Greenstreet as ‘The Fat Man’, Caspar Gutman. Scotch whisky plays a central role in the action.

In the book, Spade goes to see the loquacious Gutman in his hotel in San Francisco to discuss the recovery of the eponymous statuette. On a table between them sits a box of cigars and ‘a siphon, some glasses, and a bottle of Johnnie Walker whisky on a tray’.

The two men talk, and Gutman approves of Spade’s readiness to accept a large shot of whisky and soda with the famous line:

‘I distrust a man that says “when”. If he’s got to be careful not to drink too much, it’s because he’s not to be trusted when he does.’

They share cigars from the box, and after a while Gutman replenishes Spade’s glass:

‘Ah, sir, this kind of medicine will never hurt you.’

When Spade returns to the room a little later, Gutman pours them another whisky and soda, and then another. And another.

Finally, Spade falls unconscious – not because he has now downed five large Scotches, but because his drinks have been doctored. Gutman and his accomplices leave him and set off again in search of the Falcon.

And then… you need to read the book!

‘Let’s talk about the bird.’ That scene from The Maltese Falcon, with Humphrey Bogart and Sydney Greenstreet…