Sir Winston Churchill (1874-1965) was a journalist, soldier and politician who won the Nobel Prize for Literature and is most famous for leading Britain as Prime Minister during the Second World War. He was inordinately fond of alcoholic refreshment, and Scotch whisky was a feature of his daily drinking regime, writes Iain Russell. 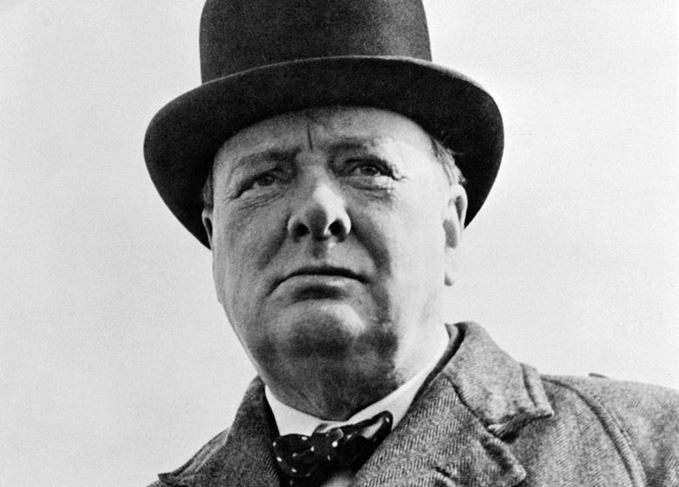 Whisky-loving PM: Sir Winston Churchill made no secret of his affection for Scotch (and alcohol in general)

The young Churchill was not at first a whisky fan: ‘I disliked the flavour intensely,’ he recalled. Whisky was not widely popular in England during his youth and he noted that his father, the politician Lord Randolph Churchill, ‘would never have drunk whisky except when shooting on a moor or in some very dull chilly place’.

Lord Churchill’s favourite tipple was the fashionable brandy and soda. Times were changing, however, not least because of the phylloxera epidemic that swept through European vineyards during the late 19th century with devastating consequences for the brandy industry. In the 1890s, when Churchill was commissioned as a Cornet in the 4th Hussars, he found to his surprise that many of his fellow officers drank whisky and soda.

The 22-year-old Churchill was posted with his regiment to India in 1896. The following year he volunteered to join the British forces fighting Afghan tribesmen on the North West Frontier. It was while waiting at Nowshera to go into action that he had his first taste of Scotch.

Churchill discovered there was a limited choice of thirst-slaking refreshment in the Nowshera. Other than tea, there was tepid water, tepid water with lime juice or tepid water with whisky. He tried the latter as the least unappealing of the options available to him and discovered that ‘once one got the knack of it, the very repulsion from the flavour developed an attraction of its own’. He never looked back.

The adventurous Churchill went on to see action in the Sudan, where he took part in the British Army’s last cavalry charge at the Battle of Omdurman in 1898. He travelled as a war correspondent to South Africa in 1899, with a fine selection of wines and brandies and 18 bottles of 10-year-old Scotch in his luggage. He became a celebrity after he was captured and then escaped from a Boer internment camp, and he returned home a hero to embark on a meteoric career as a politician.

An influential but controversial politician, Churchill was appointed to a number of Britain’s great offices of state including those of First Lord of the Admiralty, Secretary of State for the Colonies and Chancellor of the Exchequer. In 1939, at the age of 65, he was brought back into government at a time of national crisis and, in 1940, he became Britain’s Prime Minister. He led the country throughout the rest of the Second World War.

But you can read all about his political career elsewhere. What about the whisky?

Churchill was to become famous – nay notorious – for his alcohol intake. Brandy, Port and wine – particularly Champagne and most particularly Pol Roger – were his great favourites. But Scotch was a daily tipple and an essential feature of his working day.

The great man preferred to breakfast alone in his bedroom and then work for most of the morning in bed or in his study, with a whisky constantly by his side. It sounds like a recipe for drunken disaster, but these morning drams consisted of only a very small dash of spirit, in a large glass topped up with water.

The whiskies were sipped sparingly until lunchtime, when he enjoyed a pint bottle of Champagne (usually served in a silver tankard) with his meal. Later, he might drink vintage wine at dinner, and Port and brandy with his cigar afterwards. Sometimes he had a stiff Scotch and soda, especially in times of stress. His Scotch of choice was Johnnie Walker and he was apparently a fan of Black Label, as well as Red.

Churchill liked to stick to his breakfast regime even when away from home and this could lead to some unusual whisky and food ‘pairings’. Cita Stelzer, in the entertaining Dinner with Churchill, records a train journey he took with diplomat Averell Harriman in the US, when the British Prime Minister breakfasted on Scotch whisky and cold lobster. In 1951, after a mammoth 21-hours-long debate in the House of Commons, the 76-year-old sat down at 7.30 in the morning to a meal of eggs, bacon and sausages, rounded off with a whisky and soda and the inevitable cigar.

Historic dram: King's Ransom Scotch at Potsdam was sure to have been a happy sight for Churchill

Scotch whisky was available at all three tripartite conferences during the war, when Churchill, Josef Stalin and Franklin D Roosevelt (latterly Harry Truman) met at Tehran, Yalta and Potsdam. At Yalta, in the war-ravaged Crimea, he celebrated his foresight in bringing ‘an adequate supply of whisky, good for typhus and deadly on lice’.

Churchill’s daughter Mary recalls him collapsing onto a chair and demanding a large Scotch when he arrived exhausted at the Potsdam Conference in 1945. He would have been happy, no doubt, to see the blended Scotch King’s Ransom served at a banquet during the conference, probably brought to the table by the Americans.

The Scotch-loving Prime Minister was keenly aware of its importance to the British economy. He saw it as a great dollar-earner and much of the country’s output was redirected to the US from 1940. By 1942, however, all of Scotland’s distilleries had closed owing to severe grain shortages and the future of Scotch whisky looked bleak, as stocks of maturing spirit were depleted. Churchill stepped in and limited supplies of grain were made available to the distillers from 1944. He explained his motives in a famous memo in May 1945:

‘On no account reduce the barley for whisky. This takes years to mature and is an invaluable export… Having regard to all our other difficulties about export, it would be most improvident not to preserve this characteristic British element of ascendancy.’

This policy, continued by British governments in the years of post-war austerity, damaged the domestic market. But it ensured Scotland’s blenders were able to satisfy the growing taste for Scotch whisky in the US during the later 1940s and 1950s.

In 1940, the teetotal booze distributor Joe Kennedy, the American ambassador in London, had given his dismissive opinion of the new Prime Minister: ‘Never trust a man who is always sucking on a whisky bottle.’

It was a low blow. While he drank copiously, Churchill was rarely seen to be inebriated. ‘I had been brought up and trained to have the utmost contempt for people who got drunk,’ he explained, adding the sensible proviso: ‘Except on very exceptional occasions and anniversaries.’