America’s understanding of the word ‘blend’ is in relation to bottom shelf liquor, whiskey mixed with up to 80% cheap vodka. Yet a wave of distillers are seeking to challenge its definition, improving the quality and bringing it in line with its best-selling Scotch cousins. Brad Japhe reports. 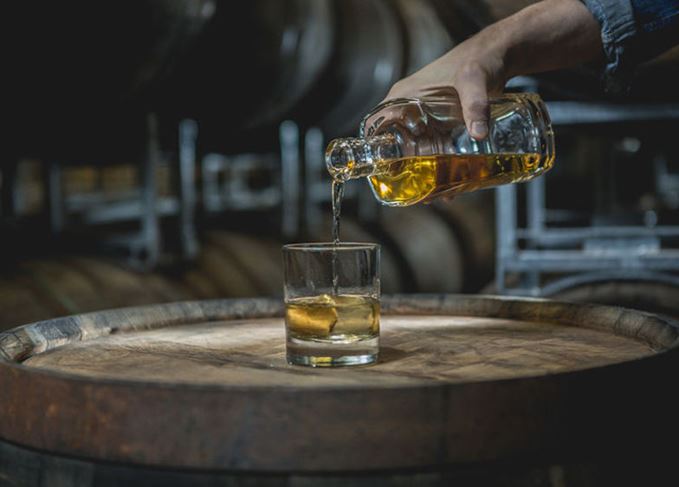 What's in your glass?: American blends can contain any number of different whiskeys and spirits

What’s in a blend? Well if you’re talking about Scotch, the answer seems simple enough: whisky. In a sensible world there’d be nothing left to explain. Alas, whisky labelling is hardly ever that. Blended Scotch is actually a combination of different types of Scotch; traditionally an assortment of malt whiskies surrounding a core of grain whisky (a lighter liquid usually derived from corn or wheat). Across the pond the term gets even shadier. Blended Bourbon is required by law to be a minimum of 51% Bourbon. The other 49% could be anything. It often is. But a spate of new entries are suddenly stirring up seriousness within the category. Still, the confusion remains.

For its part, the Scotch industry has taken up the term ‘vatted’ to settle the murkiness surrounding blends. It’s a specific differentiation, denoting a marriage of malt whiskies from the same distillery. Not to be confused with a ‘blended malt’ which can come from several separate distilleries, as is the case with Monkey Shoulder, a popular example from recent years.

William Grant & Sons, the Scottish company behind the product, hopes to mimic its success with an American analogue called Fistful of Bourbon. Released in Texas late this summer, it’s a blend of five separate straight Bourbons from distilleries scattered across the US.

Not a common Stateside practice, it makes for quite a novel story. ‘William Grant leveraged more than 100 years of whisky blending experience to create the new Bourbon,’ reads the marketing material.

Scotch approach: Fistful of Bourbon is a blend of five sourced straight Bourbons made by the blenders behind Balvenie

There’s just one glaring caveat: ‘I am frustrated because there is no American analogue to [blended] malt,’ says renowned whiskey maker Dave Pickerell, and in the United States, ‘blend’ might as well be a four-letter word. It’s long been associated with inferior swill, for good reason. Blended American whiskey [unlike blended Bourbon] can hold as much as 80% neutral grain spirit (NGS), leading many drinkers to deride the category as whiskey-flavored vodka.

Craft distillers like Pickerell are working hard to shed that stigma. They want the variety of flavour that a blend can bring without watering the liquid down with filler. ‘I like giving the consumer what they want,’ he says. ‘And millennials, in particular, like to graze.’

When legendary rock band Metallica approached him to make their new whiskey, Blackened, he knew he had to go big. He chose straight whiskeys not just from across the US, but all of North America, finishing them in brandy barrels. All the while, he was fully cognisant of the burden that ‘blended’ could bear upon a label. ‘It’s something we discussed at length,’ he admits. ‘Ultimately, we just decided it would be so good that it wouldn’t matter. It’s our goal at Blackened to lift blended American whiskey off the bottom shelf and put it on the top shelf.’

He’s aided in that mission by other premium names in the craft industry. Michter’s, as an obvious example, retails some of its rare bottles for north of £2,500. Because it currently source most of its liquid from outside distilleries (as it waits for its own growing stock to mature), much of what it offers is a ‘blend’, by the letter of the law. Michter’s decided to have a little fun with terminology by labelling its US*1 an ‘Unblended American Whiskey’, denoting its distinction: sourced premium Bourbon, devoid of any NGS filler.

High West out of Park City, Utah, has developed a cult following for its high-minded mingling of Bourbon and rye, the backbone of its aptly named Bourye. In Campfire, it takes it a step further, adding peated Scotch into the fold.

As for blends of Bourbon exclusively, there are fewer examples expressly listed as such on today’s liquor shelves. But that doesn’t mean you’re not already drinking them. ‘We don't actually use the term “Blended Bourbon” on our label because the barrels we use are all straight whiskeys produced in the same state, making our product a “Straight Bourbon Whiskey”’, explains Andy Nelson, co-owner of Nelson's Green Brier Distillery in Nashville, Tennessee.

So to confuse the matter further still, a straight Bourbon could, in fact, be what any reasonable consumer would consider a ‘blend’ – a combination of liquids from different distilleries. It’s actually a dirty little secret of the Kentucky Bourbon industry that the major producers constantly trade stock with each other, as needed. Shockingly, that Jim Beam White Label you’re sipping on might contain, say, a small fraction of Evan Williams distillate blended in. Since it all comes from the same state, however, you’ll remain blissfully unaware.

Craft producers don’t have the luxury of sourcing locally. They often have to piecemeal together liquid from wherever they can. And when that involves Bourbons that cross interstate lines, they surrender the loophole allowing them to label it as ‘straight Bourbon’.

‘I think the term “Blended Bourbon” in America is certainly becoming more relevant, and for good reason,’ Nelson says. ‘With so many craft distillers sourcing aged whiskey when they start out and with more sources of aged whiskey becoming available, it is only natural that people would begin to utilise blends more than in the past. This encourages and even necessitates a focus on the skill of blending, which has a very different reputation in America than it does in Scotland. Here in America, the master distillers are the celebrities but in Scotland, the master blenders are celebrities, too.’ Cue the William Grant marketing material.

In the States, even casual drinkers recognise folks like Fred Noe and Jimmy Russell – legends of Kentucky Bourbon making. But not even industry professionals could name the blender at Barrell Bourbon, where straight Bourbons as disparate as those from Texas and New York are woven together into a singularly exceptional end product.

For contemporary drinkers, transparency trumps labelling jargon. Yet many of the biggest producers stubbornly resist revealing all. In the blending world there’s often a contractual limitation barring such openness. To wit, William Grant refuses to disclose where Fistful of Bourbon sources its juice. But if consumers can’t know exactly where, they ought to know what. And governing agencies can force that action.

The Tax and Trade Bureau of the United States (TTB), in charge of labelling, has kept definitions of blended American spirits damningly vague. ‘TTB says they are about clarity and not misleading the consumer,’ Pickerell points out. ‘But the lack of a “[blended]” category definitely misleads the consumer.’

No matter how many craft producers are out there raising the bar, unless there’s a shift in the letter of the law, any blended American whiskey can, in fact, contain something other than whiskey. Until then, ’what’s in a blend?’ remains a question with no easy answer.