Increasing demand for single malt whisky has placed pressure on distilleries worldwide to get the highest yield possible from their barley. But Matt Hofmann, master distiller at Seattle’s Westland distillery, believes yield comes at the cost of flavour. 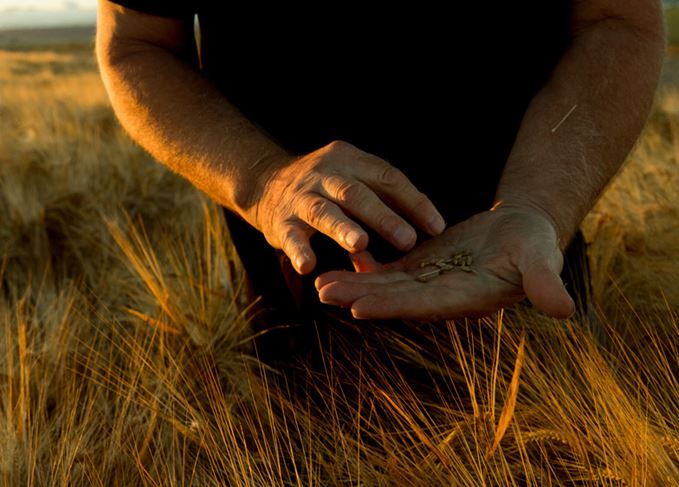 Small but mighty: Does barley hold the key to flavour innovation in single malt whisky?

Single malt whisky, globally, is at an important crossroads. Sales for Scotch single malt continue to grow the world over and new single malt distilleries are popping up on every continent. There’s never been a better time to be a consumer with the incredible selection of malt whiskies available today. That is, of course, if you can afford to pay the soaring prices – a dynamic that is exposing a more deep-seated problem, but also presenting a great opportunity.

Whisky has humble roots as an agricultural product that was made and consumed near its source. But industrialisation and globalisation gave rise to a new model where stocks of spirit were distilled at the lowest price, then bought and sold on the open market for blends. Malt whisky became a commodity. But we now live in times where once again single malt is revered. In today’s world, we can confidently step away from the commodity mindset and return to a focus on raw materials and flavour.

The prevailing wisdom in the Scottish whisky industry is that grain does not play any role in the flavour of single malt whisky. While some toe this line to protect an investment in the commodity system, I do think that most who take this position genuinely believe it. The global barley breeding community is developing new varietals of barley to suit the demands of the industry. Those demands are: strong disease resistance, high yields for the farmer and within the distillery, and a grain that malts consistently and successfully within the macro-malt system. Admirable goals, all of them. What’s conspicuously missing though, is flavour.

Breeders are giving the malting and distilling industry exactly what they’re asking for – consistency and yield. Distilleries then turn around and say there is no difference in malt flavour. But this is because the breeders have done the job in which they have been tasked. They have delivered varietals of barley that do not deviate in flavour from one to the next. This creates an endless feedback loop of distilleries asking for barley solely for high yields, breeders delivering new varietals focused only on high yields, and then distilleries claiming there’s no flavour in barley.

What if we ask for flavour first?

This is exactly what we do at Westland. We also know that we’re not completely alone in asking these questions. Distilleries like Bruichladdich and Glenmorangie have experimented in terroir trials, heirloom barley varietals and roasted malts, and while I’m happy to call attention to both of those distilleries for what they do, it is disappointing that I’m struggling to think of two examples out of more than 100 distilleries.

But frankly, asking the question is an easy thing for a distillery to do. What is difficult is finding the right partners who not only see the possibilities for barley, but have the courage and wherewithal to develop a new approach. We work with Washington State University’s Bread Lab, located about an hour north of our distillery in Seattle. There, breeders and growers are working entirely outside of the commodity system, free to develop new varietals designed with flavour and novelty in mind. They have access to thousands of different strains of barley. Yes, thousands.

Let’s take one variety for example: Obsidian. Obsidian is a black barley varietal. Did you even know that barley can be black? Did you know that it can be red, blue or purple as well? These are never seen in whisky because they do not fit the narrow requirements of the commodity system – high-yielding, pale-tan varietals. Obsidian also malts in nine days instead of seven. It yields less than the commodity standard. And it tastes different. Dramatically different. Flavour is always subjective, but the existence of it is hard to deny. We invited Dave Broom to the Bread Lab and Skagit Valley Malting last year and he had an opportunity to taste our Obsidian new make. As Dave attests, the difference in flavour was profound.

By the close of 2018, Westland had used 15 different varietals of barley in our eight years of production. This is to say nothing of our use of roasted malts, terroir trials, native oak series and local peat from our home state of Washington. We know that the raw ingredients can not only contribute to flavour in whisky, it can also define it. The oft-recited rhetoric that 70-80% of the flavour comes from the cask has dangerously evolved from an observation of current products into industry dogma.

Deriving 70-80% of a whisky’s flavour from the cask is a stylistic choice, not an absolute. You can even look to the spirit produced by Domaine des Hautes Glaces, Westland’s sister distillery in France. Its approach is to make something more evocative of an eau-de-vie: perhaps only 20-30% of the flavour in those whiskies comes from the cask. That is its approach.

So assuming you can get the barley and breeders think about flavour first in Scotland, what are the other barriers to focusing more on raw ingredients? The elephant in the room is risk. Trying a new barley varietal that hasn’t been used before, then having to wait years before selling it is a risky proposition to an industry where the primary source of innovation comes from cask finishes at the end of production.

The whisky industry is so risk averse that it will take an enormous cultural shift to fully embrace the possibilities. If you want a farmer to grow a barley outside of the recommended varietal list, you can’t punish them financially when that varietal yields, say, 10% less. If anything, that farmer should be paid more for taking the risk, to incentivise them to take the leap with the distillery. Innovation here relies on people working together, reconnecting supply chains (or inventing new ones) in a way not often seen in today’s marketplace.

For decades, the whisky industry has been caught in the gears of a commodity machine that places value on a narrow set of parameters. It is time to summon the courage to shake free from the limitations we ourselves have imposed on our industry and explore new possibilities in single malt whisky, starting first with a recommitment to the raw ingredients that go into it.

It is time to justify the inflating costs being charged for single malt with whisky that is more meaningful and compelling. We need only look to wine, beer and cuisine for lessons on the value of quality raw ingredients. While whisky may be a slow-moving industry, the price to pay for stagnant thinking is irrelevancy. A handful of forward-thinking distilleries across the globe are embracing the exciting possibilities that raw materials offer. Scottish distilleries like Bruichladdich, Glenmorangie and Lone Wolf are aligned with this thinking, but in Scotland they remain exceptions to the rule.

Back to basics: Westland’s Matt Hofmann believes raw ingredients are the future of whisky innovation

You may read this and think that I want to cast Westland as the hero and ‘traditional Scotch whisky’ as the villains, but that is not it at all. First and foremost, like anyone reading this, I’m a single malt whisky enthusiast. I want to see the category grow to be the best version of itself, not be left behind as the values of the whisky-drinking world rapidly move towards a reverence for raw ingredients.

Sometimes that involves some frank talk, but that does not actually accomplish anything unless you can illuminate the alternative pathway. This is why Westland enthusiastically volunteered to host the 2020 World Whisky Forum, a gathering of whisky industry professionals worldwide. The first two conferences fostered an incredible exchange of whisky production philosophy at the highest level, and we are eager to contribute further to the larger fabric of what I think is the most important style of whisky in the world. At this conference we will be focusing on the theme of raw materials in whisky, happily demonstrating to attendees how we approach raw ingredients and reveal everything we have learned along the way. We invite the industry to join us, meet some of the leaders in breeding, farming and malting, and be inspired to look at barley in a new light.

The future of single malt lies in its raw ingredients. It will be a great challenge for many, as it represents taking a risk. But we’ve already seen how exciting the results of that kind of thinking can be. For the sake of the category, we hope other distilleries will begin to see it too.