As the proprietor of The Pot Still, the world-famous Glasgow whisky bar, Frank Murphy has a few stories to tell. He regales Matt Evans with guidelines on turning people into whisky drinkers, his vendetta against superfluous packaging and his account of the dram that got him into whisky. 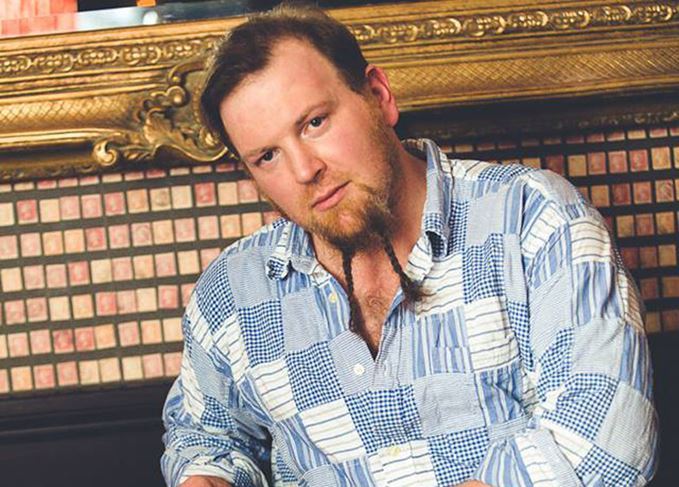 ‘I’d love to have more whisky, but I’d need to build more shelves. You can look at older pictures of the pub and physically see the way all the whisky’s been added over the years. However, it’s the same pub, there’s no revolution to the place: because I’ve worked here for years, to run it any other way seems wrong.

‘My dad had a pub since I was five or six. From the day I could pick up a glass, I was helping collect glasses. It’s just something you did, because it was your dad’s pub and you wanted to be a part of it. When I turned 18 I tried to get away from pubs – I worked in wine shops, I worked as a bouncer, I worked for an energy company. I had an eight-to-five job, and after a few weeks I ended up working in a pub because I didn’t know what to do with myself on the weekends. I was so used to working Fridays and Saturdays that the idea of going out with everyone else, who I was usually separated from by two feet of wood, was horrifying.

‘Eventually I went to The Pot Still and met Kenny Storrie (the previous publican) and we hit it off. Working at The Pot Still opened my eyes to whisky’s potential, although my road to Damascus dram was a 25-year-old Highland Park at a pal’s birthday. I hadn’t got him a present, so I got the most expensive dram in the shop. That was the first dram that I thought “actually, there’s something to this, something I could enjoy”. It all started blossoming from there.

‘What makes the bar so popular? The Pot Still’s a pub, first and foremost. It couldn’t survive on being a whisky bar alone, but if it was just a pub, it probably would have shut years ago as well. It has this unique ability to be both, and like other whisky bars, we’ve added to their reputation by becoming invested in whisky and backing it up with a huge range and wealth of knowledge. After all, why would someone trust you to sell whisky to them if you can’t tell them why you should buy it?

Books and covers: From outside, the Pot Still looks like any other Glasgow pub...

‘We’ve got about 750 different bottles, and there’s no one golden rule concerning how we make our selection. We sometimes go by what people ask for: when Haig Club first came out, we’d have people come in asking for it, who wanted to try it before they gave it away as a present. It’s about what’s current, but that also works against us – we see what’s popular, we’ll grab a bottle and sometimes it’ll just sit there for donkey’s years.

‘Converting the uninitiated? If they walk into the bar, they’re wanting to try something, so I just ask them questions about themselves. If they haven’t had whisky before, then you find out what else they drink. If they like beer, do they like something dark and hoppy, or more flavourful? If they like white wine or red wine, we’ve got something in the back for that as well. As long as you can present it with a good reason and confidence, that alone will make them go “If he thinks I’ll like it, I probably will”.

‘I’m not sure how much more the whisky industry can do to be more accessible to the average drinker. Whisky liqueurs and flavoured whiskies already exist, Haig Club and Monkey Shoulder have tried to come up with something more mixable and less stuffy, and if you like beers, IPAs or wines it’s all been used to finish whisky. Lindores Abbey, with its new make spirit, is possibly the missing link between whisky and gin. The industry has been very, very adept at filling every little niche it possibly can.

‘My pet peeve is packaging. I’m fed up with a bottle becoming more expensive because you stick it in a wooden box with a wee brass lock in it. It’s a waste, especially in today’s environmentally-aware market. I saw one 40-year-old bottling that came in a sleeve that came in a box, to protect the box that the whisky came in. Because of this, the price had gone up by half as much again. What the fuck? That’s ridiculous.

Where to start: The pub’s enormous 750-bottle whisky selection is undeniably impressive

‘The flipping market, that’s another one. We did a bottling with Highland Park’s Independent Whisky Bars of Scotland series last year, and if we do something like that again, I’m going to defuel the bottle at the point of purchase. I’m not having somebody sell a whisky that’s meant to be drank just to make a quick buck, because it’s something that we’ve picked and we want people to try it. We’ve priced it to sell and drink.

‘The most interesting thing in whisky right now is the realisation by Irish distillers that their regulations only specify wood and don’t specify oak. Chestnut casks, weird hybrid casks… The idea that we can now explore woods will put the resurgent Irish whiskey market in good stead, as it’s something people haven’t tried before.

‘I’m getting asked more and more for a Hauf and a Hauf [half-pint of beer with a whisky chaser, also known as a boilermaker]. People are aware that it’s a traditional serve in Glasgow pubs, and they’ve now started asking which beer matches which whisky. But do you pick the beer to match the dram, or vice versa? If you sip the beer, sip the whisky and let it fight its way to your taste buds through the beer, it can bring out a different note to the dram. It’s quite interesting: are you just after something to wet the whistle between whiskies, or is it a new experience?’