Scotch returned to the top three whiskies of the year named in Jim Murray’s Whisky Bible 2017 – but was beaten to the top spot by World Whisky of the Year Booker’s Rye. 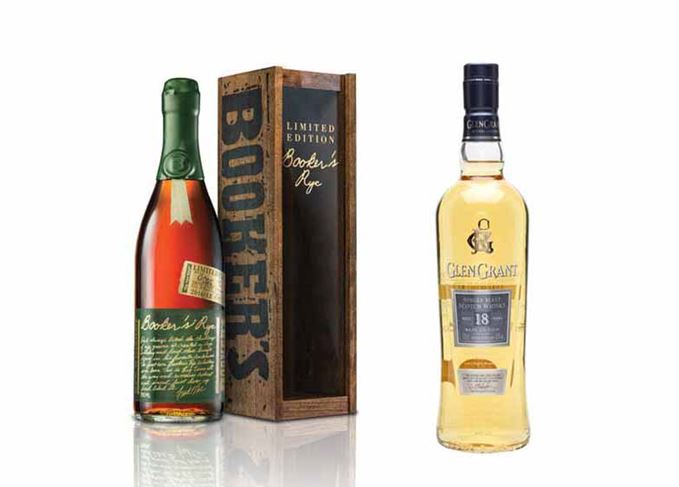 The 2017 edition of the Whisky Bible, published today, names Booker’s Rye 13 Years, 1 Month, 12 Days as its World Whisky of the Year, followed by runner-up Glen Grant Aged 18 Years Rare Edition, part of the the Speyside distillery’s revamped range and yet to be officially released.

‘The only whisky that was a realistic threat to the Booker’s Rye was the Glen Grant 18-year-old, a single malt unveiled for the first time in 2016,’ Murray writes in his introduction.

‘What was so remarkable, was that you had the feeling that there could be more to come from this malt, that it was coasting and performing well within itself. It is a 43% volume dram; unleashed at 46%, non-chill-filtered, and Scotland might well be champion again.’

In a good year for Speyside, Glentauchers also won two awards and Macallan one, all for independent bottlings.

The Booker’s Rye began life as an experiment by Booker Noe, grandson of Jim Beam, shortly before his death in 2004, and scored 97.5 out of 100 in the Whisky Bible.