A Bourbon with a four-grain mash bill has taken the World Whisky of the Year title in Jim Murray’s Whisky Bible 2018, with Glen Grant Aged 18 Years Rare Edition retaining a place in the top three. 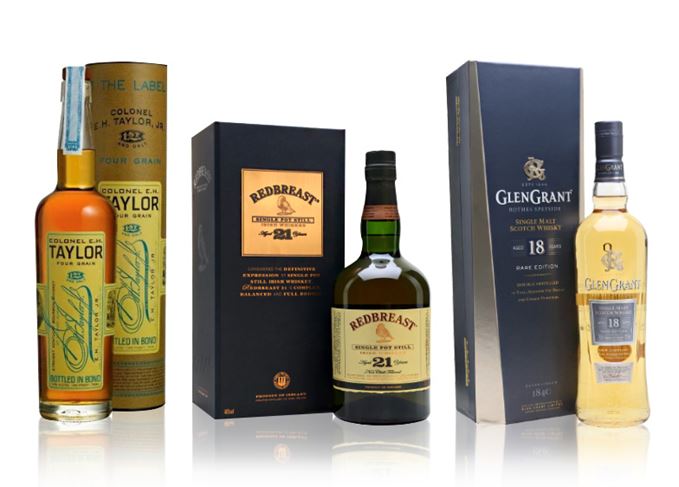 Top trio: The US finished ahead of Ireland and Scotland in this year’s list

Second was Redbreast Aged 21 Years from the Midleton distillery in Ireland, with Glen Grant Aged 18 Years Rare Edition in third – a year after the single malt expression finished as runner-up.

The result marks the third year in a row that Murray has named a North American whisky as World Whisky of the Year, following Booker’s Rye 13 Years, 1 Month, 12 Days in 2016 and Canada’s Crown Royal Northern Harvest Rye in 2015.

It is now four years since a Scotch whisky has won the title (Glenmorangie Ealanta in Whisky Bible 2014), with Japan, Canada and the US (twice) topping the list since then.

It scored 97.5 points out of 100, with Murray describing its finish as a ‘slow, lightly oiled, gently spiced chocolate fade which goes on… and on’.

Redbreast’s runner-up spot was the best result for an Irish whiskey in the history of the Bible, with both it and Glen Grant scoring 97 points.