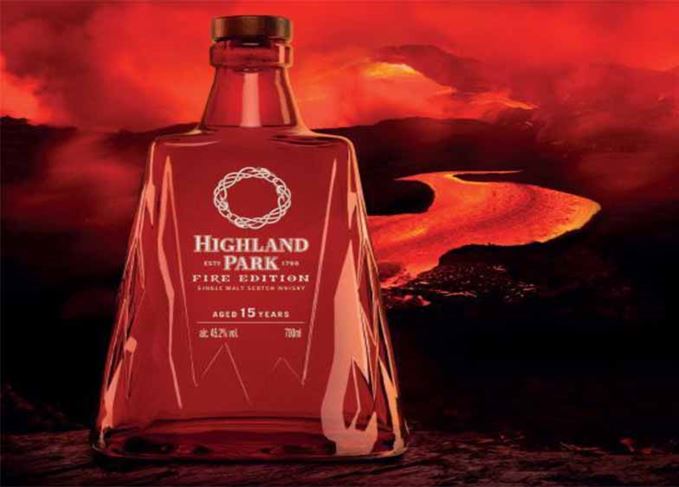 The whisky, matured exclusively in refill Port-seasoned casks, celebrates the Fire Giants of Viking mythology, and the destruction and subsequent rebirth of the Earth.

About 28,000 bottles of Fire Edition will be available from mid- to late November, priced at £190 and bottled at 45.2% abv. The international roll-out will continue in December and into 2017.

‘Fire Edition has a slight reddish hue (which is its natural colour), intense aromas of ruby-red fruits, light smoke and a long, lingering finish. However, it is still, unmistakably, Highland Park.’

The whisky’s distinctive packaging – similar to that used for Ice – includes a red bottle designed to represent the ‘fierce and molten’ world of the Fire Giants, and a black wooden cradle.

An accompanying booklet recounts the story of the giants’ epic battle against the gods to rule the world – which culminated in its destruction and rebirth. Also included is a watercolour by Scottish artist Andy Bowman.