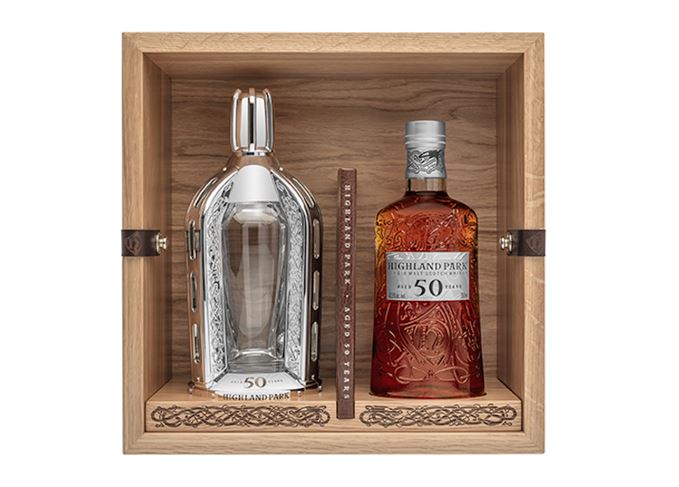 Rare beast: Only 274 bottles of Highland Park’s new 50-year-old malt will be released

Only 274 bottles of the new expression will be released, drawn from a pair of ex-Sherry hogsheads laid down in 1964 and ‘discovered’ at the back of a warehouse in 2008, according to Highland Park owner Edrington.

Whisky from the two casks was combined and married for a further eight years, along with a ‘small amount’ of liquid from Highland Park’s 50-year-old release from 2010.

The whisky was bottled at 42.5% without chill-filtration or artificial colour, with each bottle numbered and signed by Highland Park whisky maker Max McFarlane.

The whisky comes in an oak box made by Scottish designer and master craftsman John Galvin, which contains a bottle of Highland Park 50 Year Old, a crystal decanter and a leather book about the whisky’s development.