The mysteries of cask finishing

The history of cask finishing – secondary maturation, if you prefer – is relatively short, but it certainly has plenty of variety – and mystery. Becky Paskin investigates. 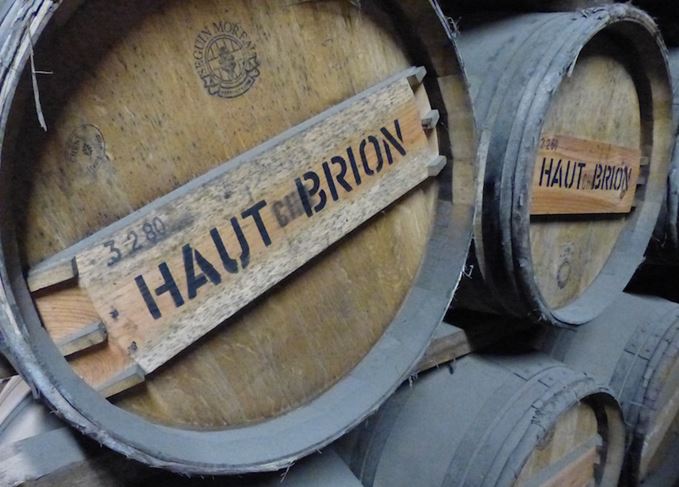 Big name: But no matter how illustrious the cask used for finishing, it has to suit the whisky

It may be a common occurrence now, but the practice of secondary maturation is a relatively new concept, only really emerging within the past 20 years.

Balvenie’s David Stewart was one of the first distillers to experiment with aging whisky in a different cask after it had already reached full maturity. ‘We were already using American and European oak casks, but I wondered how it would turn out if we just re-casked some American oak-matured whisky into Sherry butts,’ Stewart says.

In 1983 he created Balvenie Classic, which was rebranded 10 years later as Balvenie Double Wood.

At around the same time, a handful of other distillers, including Glenmorangie and Diageo, were also playing about with Sherry butt finishes, and it didn’t take long for producers across Scotland, and even around the world, to release their own.

In just two decades, cask finishing has grown from an experimental Scottish quest for diversity into a standard practice, embracing all manner of wine, spirit and even beer casks, and widely adopted by the global industry.

As with any trend in its infancy, secondary maturation retains an element of the unknown. While distillers have recognised the sensory benefits of maturing whisky in oak for centuries, very little is fully understood about the chemical reactions within the cask.

Even less is known about what happens to the whisky when it’s re-casked. It’s a technique largely based on trial and error, and shared learning between distillers – though one that’s far more complex and considered than simply emptying whisky into a second cask and hoping for the best (even if many will admit there is an element of luck involved).

The process for choosing a secondary cask is much the same as if creating a vatted or single cask whisky, but for a few additional considerations.

Firstly, the cask and its previous contents must complement the whisky’s inherent flavour: an active Port pipe will overpower a light grain whisky, while a small Chardonnay cask’s influence may be lost on a heavily peated malt. The cask’s size, char level and history will also play a role.

Unless the distiller or blender fancies a face-off against the Scotch Whisky Association, only a ‘traditional’ cask may be used – one that has been used historically to mature Scotch whisky. That means the likes of cider or even Tabasco casks are forbidden.

Before embarking on his own exploration of cask finishing, Glenmorangie’s Dr Bill Lumsden conducted his own research to establish a proven history of several different wine casks being used to store or mature Scotch whisky. Many of these casks are now widely used by the Scotch industry.

If the whisky is to be a permanent or annual release, however limited, a consistent supply of quality casks must be secured. Not all Bordeaux vineyards produce wine to the same specification, and their harvests are subject to the whims of Mother Nature. A poor harvest will result in either sub-standard wine or, worse, no yield at all.

The quality of the cask’s previous contents has a marked impact on the additional flavour imparted by a secondary maturation. Jim Beam calls it the ‘Devil’s Cut’, but the word used by the Scotch Whisky Research Institute (SWRI) to describe the liquid absorbed into the wood during maturation is ‘indrink’. Remember that word – in time it will become as prevalent as NAS or chill-filtration.

After just two years, up to 12% of a 500-litre Sherry butt’s contents can be absorbed into the oak. While technically nothing can be added to a Scotch whisky aside from caramel colour and water, those 60 litres of Sherry sitting in the oak will eventually breathe out of the wood and into the whisky. This is where the taboo topic of indrink divides distillers.

In one camp you have the believers who swear the indrink is responsible for delivering the majority of the flavour derived from finishing. Some distillers will even add a few drops of wine or Sherry to their whisky before starting any new finishing project to ensure the flavours complement each other.

Lumsden argues: ‘There’s no question that by far the biggest influence is the indrink of the liquid itself. Some companies argue it’s more the oak than the Sherry, but it’s bullshit.’

However, simply adding Sherry to whisky will not produce a rich, spicy and complex dram, which is why other distillers insist the seasoning effect the cask’s previous contents have had on the oak is what affects the whisky’s flavour.

‘The true transfer of flavour from those previous contents to the next filling is almost nothing, and the way you can tell that’s the case is if it was a liquid-liquid transfer you’d get a reaction almost instantly. You’d fill the cask and, within days, it would be changed, but it doesn’t change that quickly.

‘The easy way to test that is to take a whisky and just add some Sherry to it. Nothing happens. You have to add a bucketload of Sherry before you get to the point where you can actually taste the difference.’

Kinsman concedes that the only exception to the rule is when using Port pipes that have been laid down for 40 up to 100 years. By that point, the wood is exhausted and unable to impart much flavour and, with a 650-litre capacity, the oak is also full of Port which subsequently leaches into the whisky.

Until further research is conducted into maturation and the role of indrink, distillers will continue to be divided in their opinion. The chemical process is yet to be studied in any meaningful depth by a scientific research body, although, with the rapid growth of cask-finished whiskies in Scotland and overseas, it’s an area distillers – and whisky drinkers – are keen to know more about.