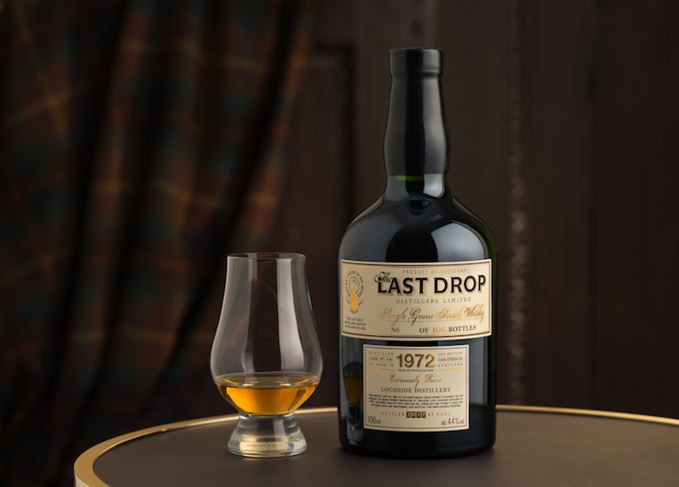 The whisky, distilled in Lochside’s Coffey still in 1972, spent more than 44 years in second fill Bourbon casks before being bottled by The Last Drop in late January.

Each is hand-bottled direct from the cask, without fining or filtration, and sealed with a driven cork dipped in boiling wax.

The package includes a chocolate brown leather case containing the bottle and a 50ml miniature, a certificate of authenticity, a tasting booklet and a custom-made stopper.

Originally a brewery, Lochside’s white tower used to dominate the town of Montrose. The distillery was a multi-functional plant that combined a Coffey still with malt whisky production.

The Coffey still fell silent in 1973 when the distillery was bought by Spanish distiller DyC, and malt production ceased in 1992. Lochside has since been demolished.

The Lochside release is the latest part of The Last Drop’s Extremely Rare range, the emblem of which is a white stag. 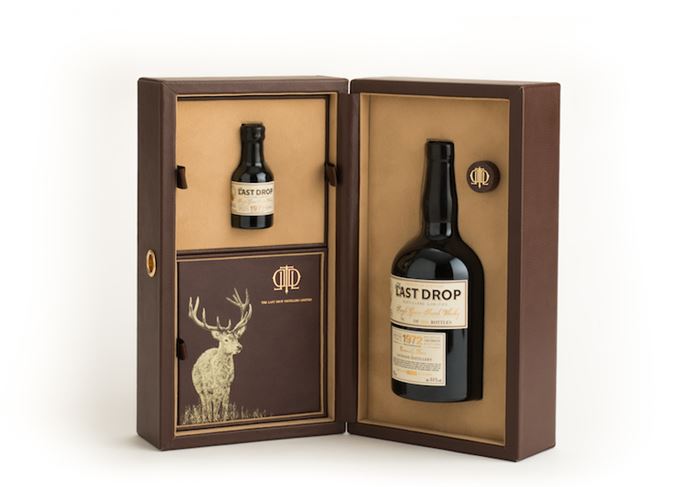 Two in one: The Last Drop release includes full-sized and miniature bottles