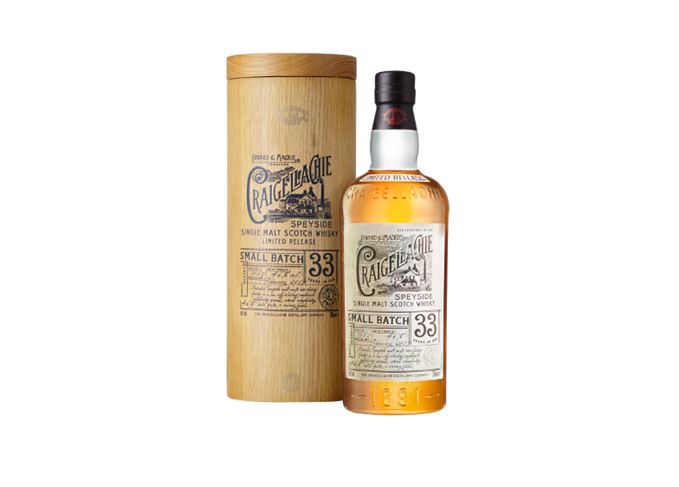 Limited edition: Only 1,700 bottles of Craigellachie 33-year-old will be released globally

Availability will soon follow at Dufry stores in European airports, before the single malt is released in select retailers in Asia Pacific airports this summer.

Non-chill-filtered and free from caramel colouring, Craigellachie 33-year-old is bottled at 46% abv, and is described as a ‘muscular’ whisky with ‘sulphury aromas, cereal complexity and exotic fruits’.