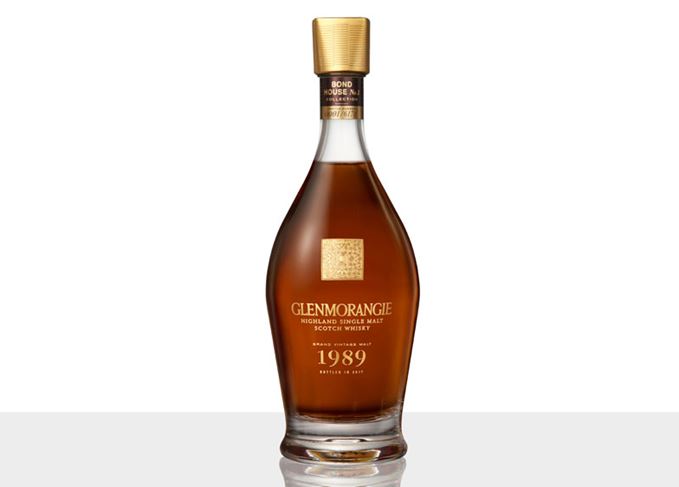 The Grand Vintage Malt 1989 contains some of the last spirit to be distilled at Glenmorangie’s former still house, before its stills – the tallest in Scotland – were moved into their current location in an old bonded warehouse – Warehouse No.1.

Dr Bill Lumsden, Glenmorangie’s director of distilling, whisky creation and whisky stocks, selected casks from 1989 to undergo further maturation, some of which were recasked into rare Côte-Rôtie red wine casks.

Dr Lumsden said: ‘Each cask in the assemblage had been carefully chosen to complement the exquisite depths brought to the whisky by the parcel finished in ex-Côte-Rôtie casks.

‘It is peppery on the palate, with glorious, full tastes of baked apples and buttery fudge, leading to a long and powerful finish.’

The single malt joins the distillery’s inaugural Bond House No. 1 Collection release, Glenmorangie Grand Vintage Malt 1990, released in 2016, which contains some of the first new make spirit following the stills’ move into Warehouse No.1.

Glenmorangie Grand Vintage Malt 1989 will be available from specialist retailers and online retailer Clos 19 from 6 April, for around £550.