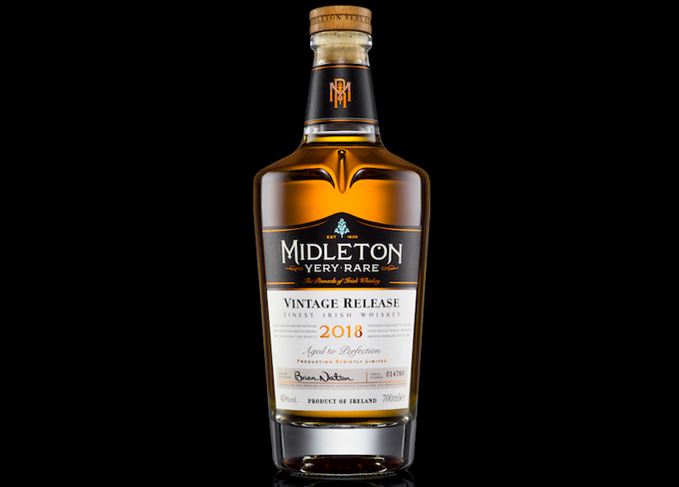 Latest incarnation: Midleton Very Rare 2018 is the 35th in the series of annual releases

Described as a blend of ‘exceptional, rare and hand-selected single pot still and single grain Irish whiskeys’, Midleton Very Rare 2018 is made up of whiskeys matured exclusively in lightly-charred ex-Bourbon American oak barrels for between 12 and 28 years.

The whiskey is said to have a ‘subtle floral note, alongside a hint of fresh herbs and citrus from the Irish grain whiskey contribution, which is complemented by the spicier Irish single pot still whiskey characteristics of cinnamon, clove and black pepper’.

‘This practice has been going on for over 40 years and today we are the proud custodians of the exceptional distillates, with a duty of care to ensure that future generations are able to enjoy the pinnacle of Irish whiskey as we do today.’

Bottled at 40% abv, Midleton Very Rare 2018 is available in countries including Ireland, the UK and the US from this month, priced at €180 a bottle.

The series of annual releases began in 1984, and was led by Irish Distillers master distiller emeritus Barry Crockett until his retirement in 2014, when Nation took over.