Old Pulteney has overhauled its travel retail whisky range, with a renewed focus on age statements and redesigned packaging. 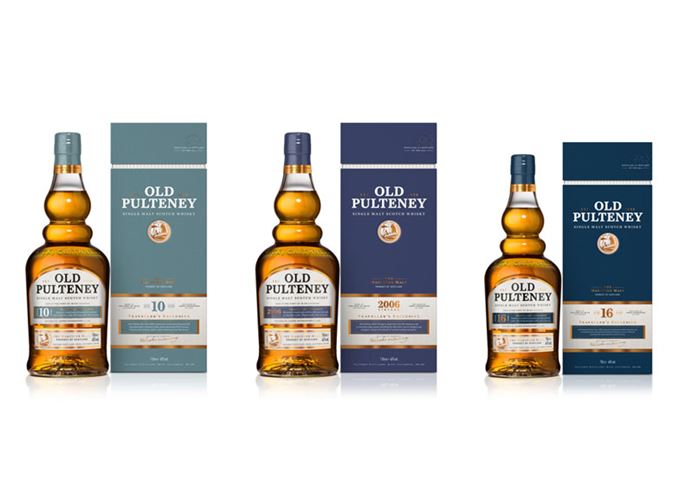 Old Pulteney’s new line-up includes a 10-year-old single malt, a 2006 vintage and a 16-year-old, with new packaging designed ‘to evoke a contemporary and modern appeal’.

According to the distillery, located in Wick in the far north of the Highlands, each of the three new expressions ‘brings new flavours to the fore’.

The three whiskies are:

The introduction of the new range comes after Old Pulteney revamped its core single malt line-up earlier this year, following the withdrawal of its 17-year-old and 21-year-old expressions.