Old Pulteney single malt is distilled in the historic Caithness fishing port of Wick at the Pulteney distillery, and appropriately is marketed by owner Inver House Distillers as ‘The Genuine Maritime Malt’.

For many years Old Pulteney was only available from independent bottlers such as Gordon & MacPhail, but under the ownership of Inver House, distillery bottlings have proliferated, with the best-selling 12-year-old expression achieving strong sales in many international markets.

In addition to the 12-year-old, other core variants of Old Pulteney include 12, 17, 21 and 35-year-old expressions, along with the NAS Voyager. Stylistically, Old Pulteney is sweet, fruity and malty, with an edge of salt.

The distillery is equipped with a single pair of highly individual stills, with condensing taking place in a pair of stainless steel worm tubs. Both stills boast large boil balls, and the wash still has a unique, truncated, flat-topped appearance. 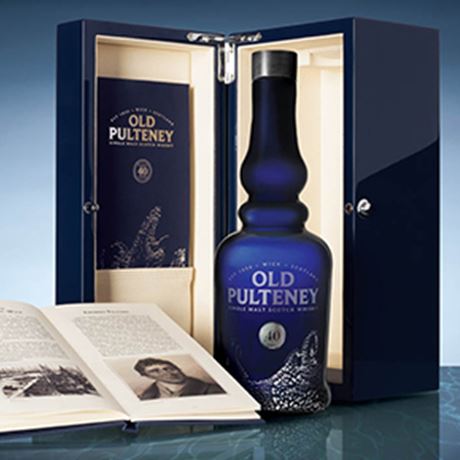 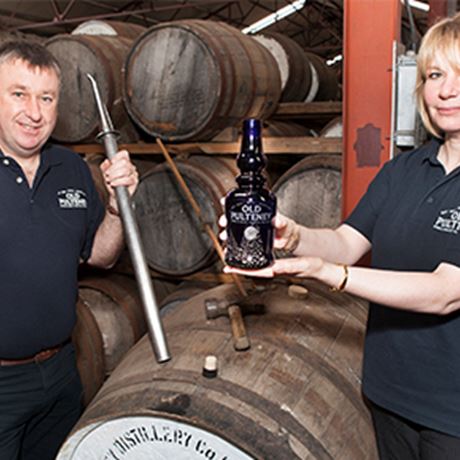 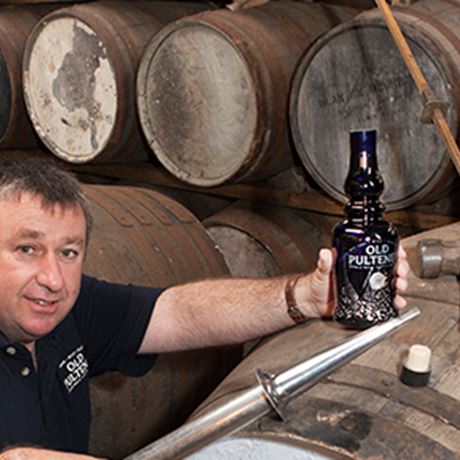 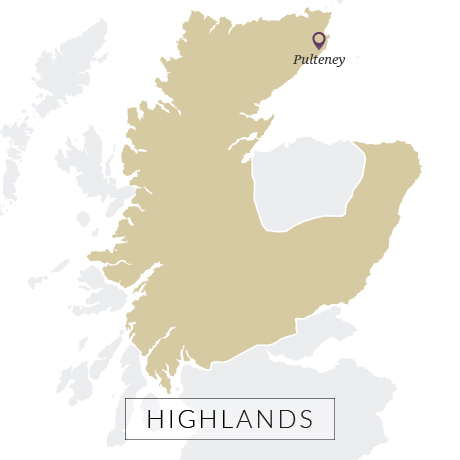 Pulteney distillery was established in 1826 in the newly-developed Pulteneytown area of Wick by James Henderson, who had previously distilled at Stemster, near Halkirk, some 15 miles away. After almost a century of operation, Pulteney was acquired by the Dundee blending firm of James Watson & Co in 1920.

During the Allied regime, Old Pulteney, as the ‘make’ of the distillery had long been known, was destined almost exclusively for the blending vats – with Gordon & MacPhail bottling small quantities as an 8-year-old single malt – but Inver House set out to build a successful single malt brand.

As well as developing a range of aged expressions, In 2010 Pulteney introduced into the travel retail arena an expression with no-age-statement called WK499 Isabella Fortuna. This took its name from one of the last surviving herring drifters, built in 1890 and now preserved by the Wick Society. This was followed in 2012 by WK209, matured in European Sherry casks and named after another herring drifter, WK209 Good Hope, built in Wick during 1948, and by WK217 Spectrum which commemorated the steel-hulled steam drifter Spectrum, launched in 1920.

These bottlings further reinforced Pulteney’s role as the ‘Genuine Maritime Malt,’ as did their travel retail successors, a trio of expressions named after local lighthouses – Noss Head, Duncansby Head and Pentland Skerries.

Approximately 60% of the output of Pulteney distillery is retained by Inver House – now owned by Thai Beverage – for single malt bottling, and of that 60% some 95% is filled into ex-Bourbon casks for maturation in Pulteney’s five on-site warehouses.