Speyside distillery Mortlach is launching its oldest single malt whisky to date, a 47-year-old expression priced at £10,000 a bottle. 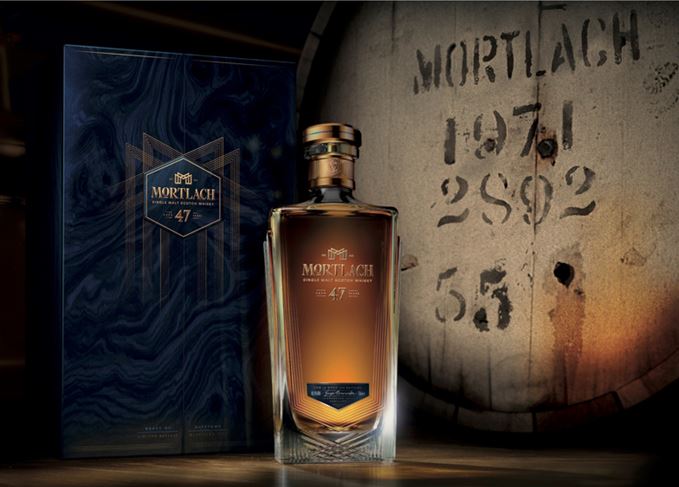 Only 94 bottles of Mortlach 47 Year Old will be released on 9 April, through a global online registration exclusively with wine and spirits merchant Justerini & Brooks, for £10,000 each in the UK.

Whisky enthusiasts can also register for one of 47 places to sample the expression at tasting experiences in London and Singapore on the eve of the opening of the global registration (8 April) through the Exceptional Whisky website.

Mortlach 47 Year Old was matured in one of three refill American oak hogsheads – the final 1971 casks from the distillery – before being bottled at 46.8% abv.

Described as containing ‘orchard and tropical fruits’ on the nose and ‘soft, ripe fruits with an intriguing combination of sweet and sour notes’ on the palate, the release marks the first expression in Mortlach’s Singing Stills series, a collection of ‘rare’ single cask expressions.

The collection is named after Mortlach’s copper stills, which use a highly complicated 2.81 distillation process and generate a ‘whimsical’ hum when in use.

Master blender Dr Craig Wilson said: ‘Mortlach stands alone and is referred to as “The Beast of Dufftown” for its uncompromising flavour profile, so unusual for Speyside whiskies.

‘This bottling is exquisite for its age and is unmistakably Mortlach, with its intensely complex character and well-balanced flavour profile.’

One bottle of Mortlach 47 Year Old (bottle number 8) will also be auctioned at a private event by Bonhams in Singapore on 25 March.

Proceeds from the auction will be donated to the event’s private charity partner, Daughters of Tomorrow, which provides support and skills education for underprivileged women to earn a living for themselves and their families.

Registration for the tasting experience opens between 19-31 March, with all spaces allocated by 1 April.