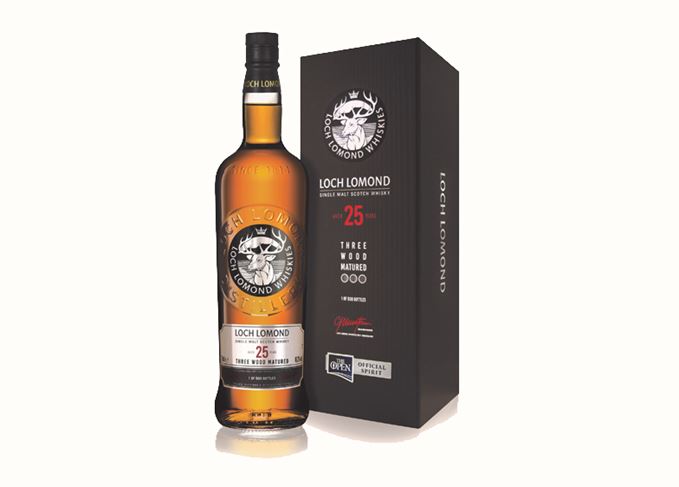 Open mind: The whisky commemorating a Ryder Cup shot has been released in time for the Open

The whisky was initially laid down in refill American oak casks before undergoing secondary maturations in a combination of first-fill Limousin French oak and ex-oloroso Sherry casks for up to six months.

Three Wood is named after Montgomerie’s famous winning shot of the 1997 Ryder Cup contest between Europe and the US, made using a three wood club.

Montgomerie said: ‘Scotland is world-renowned for both our whisky and our unrivalled golf courses – I am thrilled that the Loch Lomond Three Wood Matured 25 Year Old will celebrate both worlds.

‘My shot [in 1997] is one that will live long in the memory for me and to know that it has inspired a single malt which carries my signature is a huge honour.’

Created by Montgomerie in partnership with Loch Lomond master blender Michael Henry, the whisky is said to be full of ‘fruit notes of peach and pear’, with ‘cloves and cinnamon’ on the finish.

Bottled at 46.3% abv, only 500 bottles of the Three Wood expression have been released worldwide, priced at £250.

Last year, Loch Lomond announced a five-year partnership with The Open Championship golf tournament, declaring itself the ‘spirit of the Open’.

This latest limited edition release comes shortly before the start of The Open Championship 2019, which begins on 14 July at Royal Portrush in Northern Ireland.