Two collectible lots of Macallan single malts go under the hammer this weekend in a Hong Kong auction dominated by the current craze for Japanese whisky from ‘lost’ distilleries. 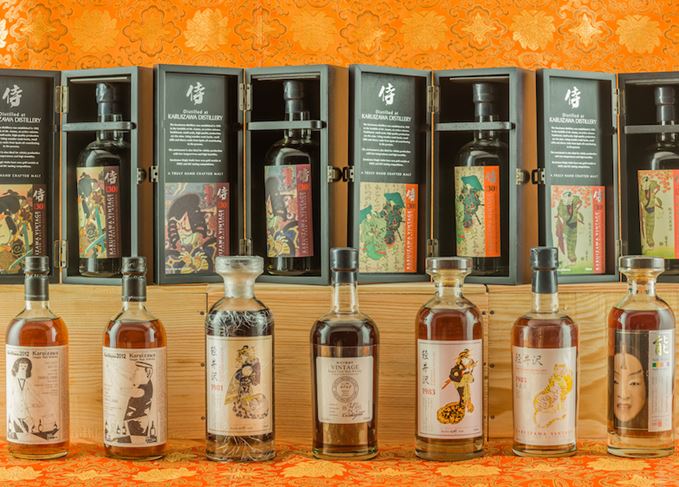 Sought-after: a number of collectible Karuizawas feature in the Acker sale this weekend

But the two lots of the Speyside single malt are overshadowed by the current craze in the Far East for bottlings of Japanese whisky from closed distilleries Karuizawa and Hanyu.

The sale also includes bottles of 20- and 21-year-old Hanyu, another cult closed Japanese distillery, a 35-year-old Nikka and a sought-after bottle of Ichiro’s Malt.

Karuizawa whiskies have become some of the most coveted malts on the auction scene this year, especially among collectors in Hong Kong and mainland China.

The distillery, on the slopes of Mount Asama, was mothballed in 2000 and closed down in 2011; Hanyu also ceased production in 2000.