Orkney’s Scapa distillery has released a limited edition bottling commemorating the Battle of Jutland, with all proceeds being donated to the Royal National Lifeboat Institution (RNLI). 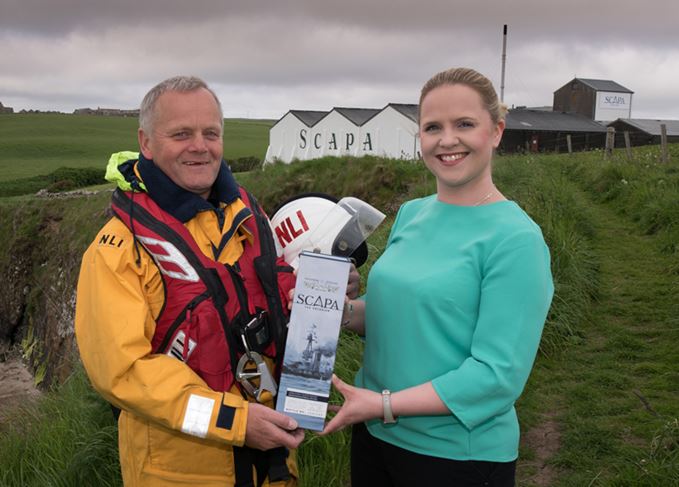 Scapa Jutland is a 16-year-old single cask single malt released to mark the centenary of the famous First World War battle fought on 31 May 1916.

Just 249 bottles of the 40% abv, first-fill American oak cask have been released, 11 of which are named after ships from the British and German Navies, including HMS Invincible, HMS Queen Mary, HMS Collingwood and HMS Indefatigable.

The HMS Indefatigable will be auctioned via online retailer Master of Malt to raise further funds for the charity.

The remaining bottles will be available to purchase from the Scapa distillery visitor centre for £200 per bottle.

Admiral Sir John Jellicoe, the man who sailed the British fleet out to meet German ships during the battle, used Scapa distillery as his base during the First World War.

During that time he saved the distillery from a fire in 1919, and built a wooden staircase in the mill room in thanks for the distillery’s patronage.

Chivas Brothers, owner of Scapa distillery, estimates proceeds from the sale of Scapa Jutland will raise over £45,000 for the RNLI.