Irish whiskey has a long history of triple distillation, so it’s fair to say the process has come to somewhat define the spirit. But with so many new distilleries operating in Ireland today, many of which choose to just double distil their liquid, does that definition still hold true? Tom Bruce-Gardyne poses the question to two Irish whiskey experts. 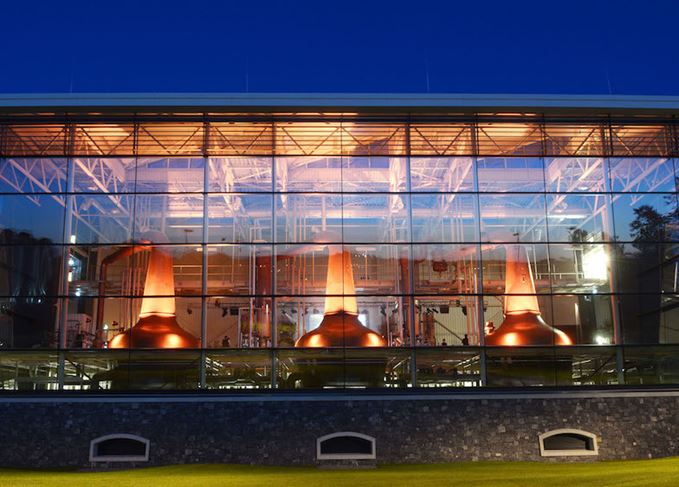 Traditional process: Triple distillation is integral to Midleton distillery, but not to all Irish whiskey

The mystery of Scotch whisky’s sublime character was something ‘all the spirits imitators the world over, would give a fortune to know,’ claimed the Scotch Whisky Association some 60 years ago. Among the imitators, presumably, were the Irish who used three stills instead of two, and couldn’t even spell ‘whisky’ – bless them.

Until recently, for anyone outside the Emerald Isle, Irish whiskey was simplicity itself. It was spelled with an ‘e’, it was triple-distilled and it was called Jameson, though sometimes it was called Tullamore Dew or Bushmills. Today we are in the midst of a glorious renaissance with distilleries popping up all over Ireland making all kinds of whiskey.

If they’re hard to define, it’s like anything Irish, as Sean Moncrieff explains in his wonderful book The Irish Paradox, which explores ‘the contradictory, mutating nature of Irishness. Because if there’s one constant in our national character, it’s uncertainty. We’re never quite sure what kind of people we are’. Or, he might have added: ‘What kind of whiskey we produce.’

Which brings us to this month’s debate: Does triple distillation define Irish whiskey?

NO: PETER MULRYAN, AUTHOR OF THE WHISKEYS OF IRELAND AND DIRECTOR OF BLACKWATER DISTILLERY

‘No, but you see we all love headlines. It might be “Freddie Starr ate my Hamster” (he didn’t) or “Is this Melania Trump’s Body Double” (it isn’t). Yup, #fakenews was a part of our life long before Abraham Lincoln said that 90% of the stuff you read on the internet is nonsense.

‘Legally, what defines Irish whiskey is simple: it’s a grain-based spirit, distilled and matured in Ireland. Period. So let’s bust some myths: Irish whiskey doesn’t have to be spelled with an “e”, there are no Catholic or Protestant whiskeys, it can be peated, and as for triple distilled? You can take it or leave it.

‘But behind every myth there is a grain of truth. Irish whiskey conquered the world partly by concentrating production in a handful of very large distilleries. This meant the Irish could dominate the market with a consistent and scalable product.

‘The downside to this was, of course, that when things went wrong, they went horribly wrong. By the time colour television arrived, Ireland was down to just two distilleries: one north, one south of the border – both owned by the same company and both triple distilling.

‘Now the science bit. As any schoolboy will tell you, triple distillation produces more ethanol, and ethanol doesn’t taste of much. So to counter this, those who triple distil need lots of wood. And warehouses. I think the traditional equation is: older = better. I mean, there was a time when Irish whiskey had to be matured not for three, but for five years.

‘And that’s the problem with the past – it’s a foreign country, unless of course you are a Brexiteer, in which case it’s a wonderful place where wood finishes are still innovative. But nowadays you can’t get away with being snotty about New World whiskies. I’ve seen the future. It’s NAS.

‘So does triple distillation define Irish whiskey? Perhaps the more considered answer is: only if we let ourselves be defined by our past. So, if it’s all the same, I’ll reach for my Ray-Bans. The future’s so bright I gotta wear shades.’

‘There is a well-known joke about a tourist in Ireland who, when lost in the countryside, asks one of the locals for directions to Dublin. The Irishman replies: “Well sir, if I were you, I wouldn’t start from here.”

‘History will show that the majority of Irish distilleries from the 1800s onwards adopted this practice in order to differentiate their whiskeys from their double-distilling near neighbours in Scotland. In an era when the technology of whiskey distillation was rudimentary at best, the Irish distillers found that the third distillation enabled them to produce a lighter, purer and more consistent whiskey.

‘Indeed, the Royal Commission on Whiskey and other Potable Spirits of 1908, reported that “Three distillations appear to be universally practised in Ireland for obtaining pot still whiskey; and the method of collecting fractions during a distillation appears to be more complicated than with the Scotch process.”

‘And indeed, when Alfred Barnard undertook his monumental distillery-crawl around the United Kingdom and Ireland in 1885, he visited 29 distilleries in Ireland, the vast majority of which were producing triple distilled, pot still whiskey.

‘At Irish Distillers, triple distillation has always been our tradition – reflecting the whiskey-making beliefs of our three founding distilling families of Jameson, Power & Murphy. So when in 1975 the new Midleton distillery was constructed under the auspices of then master distiller, Barry Crockett, triple distilled pot still whiskey would continue to be our thing.

‘To quote my colleague and current master distiller Brian Nation: “Triple distillation allows me to play a few more tunes and to create a wider range of flavour profiles.” So unquestionably, this practice is central to the creation of our current range of whiskeys, from the light, floral notes of a Jameson to the deep, unctuous mouthfeel of a Redbreast.

‘Then again, times have changed from the 1900s, and with modern technology the old arguments around double vs triple don’t hold water. For some time, it hasn’t been a case of whether one is better than the other – it’s more a case of one being different from the other.

‘It’s also why (and spoiler alert here!) you will see some double distilled whiskeys coming from the microdistillery at Midleton in the not too distant future.’

So, like the 2009 Meryl Streep, Steve Martin and Alec Baldwin rom-com… it’s complicated. Especially with the news that the owner of triple distilled Jameson is about to dabble in some double distillation itself. For now, Irish whiskey seems to benefit from its relaxed rules compared to those that govern Scotch, though that’s probably more about people’s perceptions – the idea that the spirit somehow reflects the national stereotype.

At some point, however, Ireland’s distillers will have to grasp the nettle and define what they’re about. Whether those definitions are imposed by the Jameson crew or take into account the views of independent whiskey makers remains to be seen. Abiding by rules may not come naturally but without them it could all end in a very Irish chaos.

In that case, Peter Mulryan may not need his shades. The Irish whiskey category is certainly booming right now, but that boastful tone of the Scotch Whisky Association above may contain a useful message. Avoid hubris and be nice to people on your way up – as you’ll meet them on your way down.