What is the true taste of Irish pot still?

Pot still has become Irish whiskey’s signature style, its distinctive flavour epitomised by the likes of Redbreast and Green Spot. But are the rules governing its production too restrictive? Richard Woodard investigates. 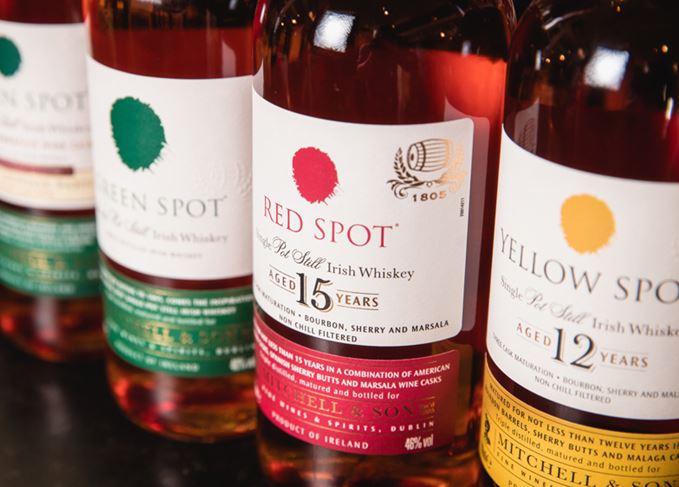 To many, pot still is Ireland’s greatest gift to the whisky world. That vibrant, spicy tang, found in products such as Redbreast and Green Spot, is like no other whisky flavour on the planet. Pot still also plays a vital part in the blend of the most popular Irish whiskey of them all, Jameson.

But there’s a problem – or so Peter Mulryan believes. Some time writer and television producer, Mulryan is now CEO of Blackwater distillery, the County Waterford operation he set up in 2015, with whiskey production starting in 2018.

Mulryan’s gripe, set out at length in Pot Still Irish: Our Stolen Heritage, a three-part blog on the Blackwater website, is that the rules governing the production of pot still Irish whiskey are simply too narrow.

What is more, he claims, they were drawn up at the behest of the industry’s biggest player, Irish Distillers, to protect its single pot still whiskeys, including Redbreast and Green Spot.

At the heart of the matter lies the technical file setting out the production rules for Irish whiskey, part of the geographical indication (GI) application to the EU, secured in 2014 to legally protect and define Irish whiskey in Europe and beyond.

And, under the sub-heading ‘The Production Process’:

‘Brewing involves preparation of a mash from a proportional mix of malted and unmalted barley with up to 5% of other cereals such as oats and rye added if required.’

No precedent: Peter Mulryan says the rules for Irish pot still have no historical basis

It’s the ‘up to 5% of other cereals’ bit that concerns Mulryan – because he says he can’t find a single historical Irish whiskey mash bill meeting that definition.

Much of the evidence he cites is found in the hearings of the Royal Commission on Whiskey and Other Potable Spirits in 1908 – the celebrated ‘What is whisky?’ case that confirmed the legal status of grain whisky.

The witnesses called from Ireland are reluctant to reveal the precise recipes for their pot still whiskeys, but Andrew Jameson grudgingly accepts that oats, wheat and rye might account for ‘about a fifth’ of the mash bill, while James Talbot Power puts the figure at about 10%.

Meanwhile, JA Nettleton’s The Manufacture of Spirit: As Conducted in the Distilleries of the United Kingdom, published in 1893 and quoted by the Commission, outlines six Irish whiskey mash bills, with the ‘other cereal’ component (mainly oats) accounting variously for none, 10%, 15%, 20% or 30% of the whole. Go back to 1838 and other grains made up as much as 70% of the mash bill, Mulryan claims. ‘There isn’t a historical precedent for this technical file,’ he concludes.

However, when the technical file was being discussed, only one pot still Irish whiskey producer remained – Irish Distillers – and, by this time, the ‘other cereals’ element of its mash bill had fallen to 5%.

To Mulryan, setting the 5% limit was an example of vested interests winning, of ‘the biggest kid’ getting their way, with no independent input or oversight. The result, he says, is a technical file ensuring that no pot still Irish whiskey can deviate far from the Irish Distillers template for Redbreast and Green Spot.

There’s no doubt that the discussions over the technical file were long and fraught, lasting from 2008 until late 2013. ‘We were under a lot of pressure coming down to the wire to get a GI application in to the Irish government,’ recalls Jack Teeling, now MD of Teeling Whiskey, but still at Cooley when the talks began. ‘It was left to us as an industry to get some common ground. It took a lot of time and a lot of fighting. We were poles apart at times.

‘The one thing that Irish Distillers wanted to do was to protect a core aspect of their range of products – pot still. They lobbied very hard to get that definition in place.’

Irish Distillers declined to comment on the issue, instead referring Scotchwhisky.com to the Irish Whiskey Association (IWA). IWA head William Lavelle says: ‘Defining Irish whiskey and its main styles was a difficult process, as a broad catch-all definition for any of the distinctive whiskeys would weaken the claim for the GI.

‘The technical file allows for significant innovation in the production of Irish whiskey. This is leading to an exciting diversity of new products and expressions in the Irish whiskey category.’

Down to the wire: Talks on the technical file were pressurised, says Jack Teeling

Mulryan, who wrote to Ireland’s Department of Agriculture to voice his concerns in December 2013, sees it differently. ‘What became obvious was that there was a gun to their heads. There was a clock ticking and they needed to get this technical file to the EU by February, I think.’

The resultant legal definition, he says, amounts to ‘painting ourselves into a corner’, while not respecting the historical precedents. ‘It may be what we know today, but if you go back through the records there is nothing that matches that definition.’

Others are not sure that it matters. Teeling Whiskey, for instance, makes pot still with a 50/50 mash bill of malted and unmalted barley. ‘There’s plenty of room for variation and nuances,’ says Jack Teeling. ‘What makes pot still, and what it is, is down to the unmalted barley aspect. That’s the distinguishing factor.’

He adds: ‘Irish whiskey was in a very different place back then, us included. We made grain whiskey and malt whiskey, but we didn’t make pot still… We probably didn’t give that category as much attention as we did grain or malt whiskey. But it’s very, very difficult to keep everyone happy when you’re trying to get across that line.’

Peter Mosley, a member of the IWA’s technical committee and master distiller at The Dingle Whiskey Distillery (which uses 60/40 malted/unmalted barley for pot still), is more understanding of Mulryan’s position. He says: ‘There is some dissatisfaction that the rules appear so restrictive. I have some sympathy with that.

‘However, my concern would be that changing the rules could lead to unintended consequences, and some people would play fast and loose with the rules. It’s such a quintessentially Irish product – devaluing it would have big implications for everybody.’

Mulryan’s plan is to try to change the technical file, which he says can be revisited every three years – but only if others support him. ‘We will not succeed on our own,’ he admits. ‘The only way it will work is if, as a group, we go to the Department of Agriculture and then to Europe.’ So far he’s had a ‘positive response’ from some smaller distillers – and ‘no interest’ from the big players.

Now Blackwater is creating new make spirit using historic pot still mash bills that are non-compliant with the current rules. ‘We want people to engage with the liquid,’ Mulryan says. ‘It’s very, very different to the current offering in new make form. The only way I can really prove that is by letting people taste through the range of flavours that they get.’

A tasting is planned for Dublin at the end of March, with others to follow around Ireland. But what if nobody cares? After all, there’s nothing to stop Mulryan from labelling these spirits as Irish whiskey. Is it that vital to put ‘pot still’ on the label?

‘No it isn’t,’ he admits. ‘It isn’t vital at all. We will still sell it as Irish whiskey, obviously. As far as I’m concerned, it’s a win-win situation. Either it gets revised or not, but in that case, it’s fine. We’ll still sell the stuff anyway.’

Meanwhile, Jack Teeling is wary of the power of hindsight. ‘No-one did it [drew up the technical file] to prevent future innovation,’ he insists. ‘What they wanted to do was to make sure that Irish whiskey as a category got protected.

‘They wanted to protect what they did and no-one was kicking and screaming to do it any other way. I don’t think anyone at that point realised how quickly things would change.’