Whisky should not be cooked with food 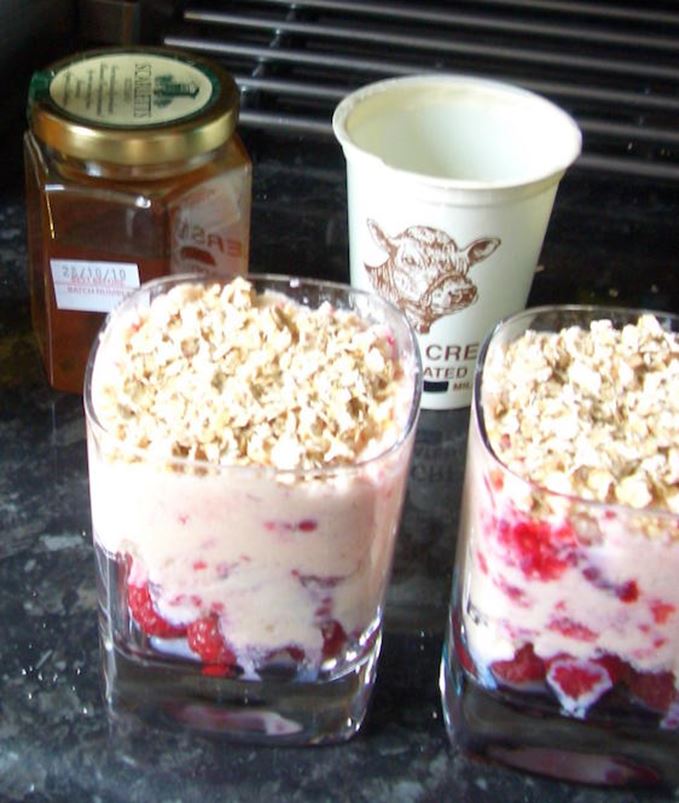 Cranachan: a signature Scottish dish, but does it need whisky?

Almost 30 years ago, I attended the Glenfiddich Awards ceremony at the eponymous distillery in Dufftown, where my author Wallace Milroy received the Whisky Writer of the Year award for the first edition of The Malt Whisky Almanac.

It was the distillery’s centenary, so it was a fulsome bash involving a fine lunch, much imbibing and meeting Keith Floyd at his bacchanalian best. We finished with cranachan flavoured with Balvenie. Essentially, a splash of malt had been added to create an extra layer of flavour, but I was not so sure. Agreed, in a cold pudding any alcoholic content will have a greater effect than in cooked food, but I simply would have preferred a dram on the side in order to savour both the cranachan and the Balvenie on their own.

A few months prior to this, DCL (Distillers Company Ltd) had hosted a lunch at Claridge’s for the launch of the book (which had received support from The Malt Cellar, the forerunner to the Classic Malts), at which each course was accompanied by a whisky of Wallace’s choice. Now that lunch was truly memorable and convinced me that whisky and food were better accompanying each other rather than being married in a dish.

Over the years, I began to get submissions from a number of writers who tried to convince me that whisky and food should be cooked together. Looking more closely at all of those proposals, it was clear that the recipes simply required a dose of whisky to be thrown in at some point in the process and that this single addition would ‘transform’ the dish and possibly my life.

I remained unconvinced. It’s all down to personal preference, just as your taste in whisky is, but I sensed a ‘bandwagon’ was being created and – sure enough – a glut of ‘cooking with whisky’ books has followed.

Most recently I glanced over The Whisky Kitchen, a fairly lavish production in which recipes are listed under the whisky regions of Highland, Islands, Lowlands etc, and then the local whiskies are used in these ‘regional’ dishes.

I have pored over this admittedly handsome volume and am still of the same opinion. Each dish had a dose of a particular whisky added at a particular point and a reference made to its taste or flavour profile to justify its inclusion.

For instance, Glenfarclas 15 Year Old. It is included in Velouté of Haggis laced with Glenfarclas:

Next, in Haggis Eggs with Balmoral Sauce:

‘Once again the oaky, slightly smoked Glenfarclas … is the perfect foil for the spicy haggis.’

‘The spicy background note of Glenfarclas … creates a very underlying layer of flavour to this delightful combination.’

And finally there is Lentil Mealie Pudding:

‘The delicious oak character of Glenfarclas … with its lightly spiced, smoky finish works well with this vegetarian alternative to haggis.’

Ok, the writers seem to match this malt to haggis, offal and so on but, if that is the case, why not simply do what millions do on Burns Night every year and have a generous dram on the side? Then you get two flavour sets, not a combination.

But perhaps there is a point that is being missed in all of these books. When I asked Keith Floyd at Glenfiddich what he thought of the cranachan with Balvenie, he replied: ‘Rather have it on the side. And who can afford to cook with all that good stuff anyway?’