Our Whisky Virgin stumbles into the tangled web of cask references this week, but it’ll take more than a little marketing embellishment to pull the wool over this novice drinker’s eyes... 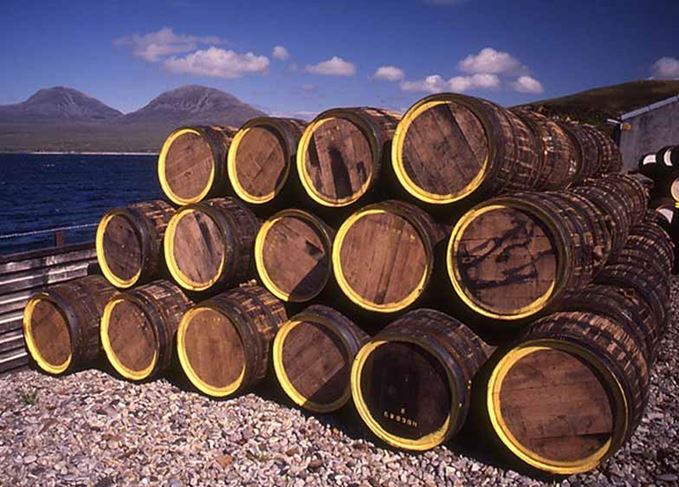 Cask confusion: The Whisky Virgin is on a quest for truth

It was at the weekend when I’d just got home from watching the Arsenal/Tottenham football local derby that I found myself with a mean hankering for a Scotch.

I went to my collection – it’s coming along, slowly – and I was looking from bottle to bottle when I noticed how each one refers to the ‘cask’, ‘barrel’ or ‘hogshead’ (a what?) that the whisky was aged in. How is an ex-Bourbon barrel different from a first fill Bourbon barrel? Wait, what does ‘first fill’ even mean?

Here I was with all these whiskies and – I’ll be honest – their labels had me stumped. I needed to sort myself out and, now that I have, I thought I’d share a bit of what I found out with you all because I can’t be the only one who’s bare confused out here.

So, turns out names like ‘cask’, ‘barrel’ and ‘hogshead’ are references to the size of cask the whisky is aged in. That’s pretty straightforward, right? No, it is not, because then you learn just how many different-sized casks there are: American standard/Bourbon barrel, standard hogshead, Sherry hogshead, cask, quarter cask, Port pipe, puncheon, Madeira drum, barrique – the list goes on.

It’s a lot to get your head around, am I right? So let me break the first bit down a touch for you, fam...

You’ve got your classic Bourbon barrel: approximately 200 litres in size and the don of the American Bourbon business. Its insides will be charred and, by law, they can only be used once to make American whiskey. So it makes sense that they’d be given a second shot maturing Scotch, don’t you think?

Then there’s the hogshead: it’s bigger (don’t mean it’s better) than the barrel at around 250 litres, and mostly made from American white oak. After the barrel, this is the second most common type of cask used to age Scotch. And there’s more – though they’re often built from ex-Bourbon barrels, hogsheads used for Scotch could have held all sorts of other liquid, which is where you get names like ‘Sherry hogshead’.

Next up you’ve got the Sir Mix-a-Lot of whisky: introducing the ‘butt’ – this is a beast of a cask at 500 litres and a gift from the Sherry gods of Spain. Most are made from Spanish oak (makes sense), but turns out some use American white oak too.

Right, are you still with me? Safe, because those are the main cask sizes around and the most common ones used to make Scotch. Now, back to what the difference is between an ex-Bourbon barrel and a first fill Bourbon barrel.

Now, have a look through your own whisky collections and tell me, do you see any elaborations on the terms used to describe whisky casks? Perhaps there’s a whisky aged in a ‘rare first fill ex-Bourbon barrel?’. Well. There ain’t no such thing, fam – they’re playing you. That first fill is the same as any other first fill barrel around.

Maybe the label says that the whisky was aged in ‘traditional’ casks and it’s got you thinking: ‘Safe, this is different to the modern casks they’re using nowadays.’ It’s a cover-up bruv, I’m telling you – those ‘traditional’ casks are the same first fill Bourbon casks used by any other whisky maker.

That’s the bit that’s really grinding my gears. Where’s the consistency in these descriptions? Why do brands insist on over-complicating things? You don’t have to over-sell it to me, fam; if the liquid is good and the branding is on point, then take my money and I'll take your whisky.

Those marketers are on a mission to make their whisky stand out from the rest and they’ve got some sly tactics up their sleeves in order to do so – a rogue ‘rare’ adjective here, a ‘traditional’ thrown in to trip you up there. There’s this whisky which is ‘very unique’ and that one is so ‘iconic’ – yeah, and the rest...

Just don’t even go there with the over-the-top sales spiel. Producers need to be real. Tell me it was aged in a big butt, and do not lie.