The laws of Scotch: distillation and casks

Following an exploration of the basic laws of Scotch whisky and the rules regarding fermentation, Dave Broom delves further into this complex spirit to probe the rules and regulations surrounding distillation and cask selection. 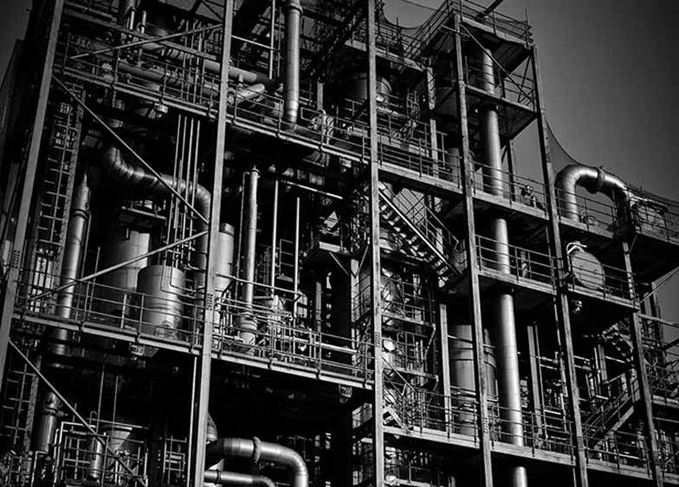 In the first of this mini-series, we saw how the Scotch Whisky Regulations 2009 protect Scotch whisky, but still leave creative opportunities for distillers – and we’d only got as far as fermentation. What happens next?

According to the Scotch Whisky Act, new make spirit must be:

‘1(b) Distilled at an alcoholic strength by volume of less than 94.8 per cent so that the distillate has an aroma and taste derived from the raw materials used in, and the method of, its production.’

That’s pretty clear, but why 94.8%? To cover grain whisky production. Why such a specific figure? Because any higher than that and the spirit will be considered neutral and, by law, Scotch has to have:

‘An aroma and taste derived from the raw materials.’

In other words, folks, if you line up a new make grain and a column still rum both at the same strength, you will be able to tell that one comes from cereal, the other from molasses. Moreover, if you line up a grain new make made from wheat and one from corn, you’ll pick up the difference as well. By extension, this means that, by law, grain whisky is not vodka, so please stop saying it is. Flavour underpins these regulations.

There is no minimum strength, but let’s assume that the desired band sits between 70% and 94.8% abv. That allows distillers a huge range of possibilities. To understand this fully, you need to stop thinking of that percentage figure meaning ethanol. It means flavour, and those flavours change with the strength.

In malt distillation, the parameters of the middle cut aren’t set in order to collect a specific strength of spirit, they are there to isolate the specific flavours which are contained within those limits. Could a distiller take micro-cuts to pull out even more specific flavours? Of course they could.

The same goes for grain. While each distiller will run their columns to produce near to the maximum efficiency, the configuration of these stills will help to – deliberately – give a different character specific to that distillery, so North British is different to Girvan, which is different to Strathclyde, etc.

While grain is usually distilled to around 94.8%, there is nothing to stop a distiller making a grain whisky at a different strength by taking the new make off at different points on the rectifying column.

The first thing here is that the casks must be oak (interestingly, there’s no such restriction in Ireland). Why? Because it works. Oak is strong, it coopers easily and, well, it is liquid tight, but it breathes… and when you toast it, it releases flavour.

What kind of oak? Any kind. Y’see? Flex. There are 600 species of oak. Ok, not all will be ideal, but there are more than just the usual suspects. Glenmorangie’s investigations a few years back showed that some – I remember swamp and burr particularly fondly – have potential. Also, oak trees reflect terroir, so the same species grown in France and Hungary will have different characteristics.

In other words, you can’t put new make spirit into a massive oak vat, which will have no effect on the maturing spirit. The 700 litres was probably fixed upon as it was the size of the largest widely used cask – the Sherry gorda. It also means that flavour is once again being built in.

The type of oak to use, the number of times the cask has been filled, the toast, the char – all of these are up to each individual distiller. Each offers a new flavour possibility and gives a Scotch distiller greater scope in this aspect of whisky production than his colleagues in Bourbon, where only 200-litre, charred barrels made with new oak are allowed.

While you can’t go over 700 litres in Scotch, there’s no minimum size and, because of surface to volume ratio, each size will also impact on the flavour of the maturing spirit. While there is debate about the impact of very small casks on spirit – you get extract, but little interaction – they remain an option.

‘(d) That has been matured only in Scotland.’

You can’t buy new make spirit and ship it to, say, France, age it there and say it’s Scotch whisky. It’s controlled, but it also means that Scotland’s climate plays a part in flavour creation.

‘(e) That has been matured for a period of not less than three years.’

The three-year minimum rule was put in place in 1915 by distillers as an alternative to the punitive taxation measures being proposed by ardent teetotaller and then Chancellor of the Exchequer David Lloyd George. Prior to this, there had been no age restrictions, allowing blenders to mix new make grain with mature malt. (Incredibly, there is still no minimum age for Japanese whisky.)

What was a compromise between producers and Parliament turned out to be a blessing, as it imposed a degree of quality control. After three years, in casks of no more than 700 litres, the aggression found in new make is in retreat.

‘(f) That has been matured only in an excise warehouse or a permitted place.’

ie not in your shed…

‘(g) That retains the colour, aroma and taste derived from the raw materials used in, and the method of, its production and maturation.’

Here we have flavour again being enshrined in law. Pick up that glass and you know this is a cereal-based, oak-matured spirit that’s not been buggered about with.

‘Aha!’ some of you say. ‘It has been buggered about with. You can add caramel.’ Well, yes, and it has been used for a long time and will continue to be.

Does it make a difference? I find it hard to pick up in the tiny quantities which are used for standardising colour between batches. In larger doses, it does add a slick quality to the palate and a touch of bitterness on the finish, though if you really want to see what dosing up with caramel can do, buy some Navy rum.

Caramel addition is a debate which will continue to rage. If you don’t want caramel in your whisky, then the distilleries which don’t use it will (or should) declare that on the label.

Caramel conundrum: Opinions on the addition of caramel colouring in Scotch are divided

Will we see a day when no caramel is added? Possibly for single malts – though I’ve been saying that for over a decade. I think consumers are now aware that variation between the colour of batches doesn’t mean the whisky has gone bad. In blends? That’s much harder.

‘(i) That has a minimum alcoholic strength by volume of 40%.’

Alcohol carries flavour. Dropping it below 40% in the bottle has a negative impact on spirit character – and quality. You can see that in rum and gin. (And, before you start, this does not apply to reducing whisky with water when tasting it.)

The whole point about making Scotch whisky is to create this thing called ‘distillery character’: the aroma, taste and texture that defines the whisky coming from that specific place. It’s a whisky’s fingerprint; its identity; its spirit.

Water, yeast, cereal, plus oak, air and time. That’s all there is. That’s the miracle which these rules, gently, safeguard.

This is the second article in a series on the rules governing Scotch whisky. Additional pieces cover the basics, and labelling.