What makes a medal-winning whisky?

Have you ever paid attention to the medals sported on some Scotch whisky labels? And, if not, should you be taking notice of these accolades? The Whisky Virgin has a lot of questions that need answering… 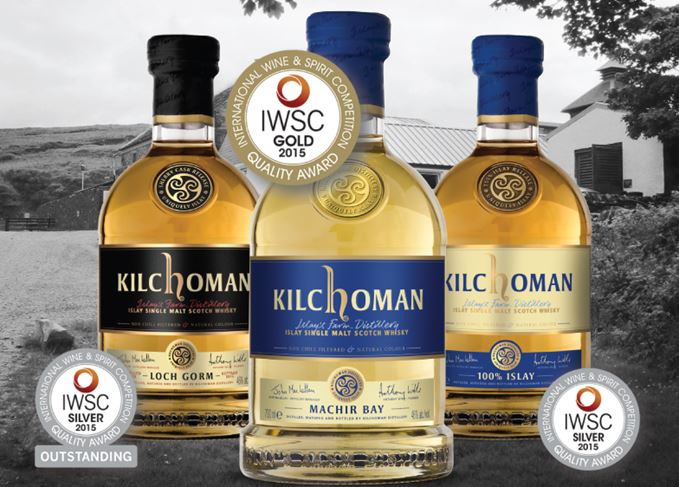 My mates have been recommending me some new whiskies to try this past month. And so I searched online for some of the suggested bottlings and noticed that a couple had won ‘Gold’, ‘Silver’ or ‘Bronze’ medals.

A medal? For whisky? Like an Olympics for booze? What’s this all about, bruv? So I did some more research to see what it all means.

Turns out, there’s all sorts of whisky awards out there – and for other spirits too – which are supposed to be some kind of guarantee that the product they’re attached to is good; if not better than good – great. But this just confused me more, as whisky’s all about personal taste and preference, right? Well... yeah, to an extent. Let me break it down for you, fam…

Basically, how it works is these competitions recruit a panel of whisky pros who’ll taste each whisky within certain categories. They’ll be looking for things like balance, complexity, value for money, quirks that set certain whiskies apart from the rest. What that means is that an eight-year-old Speyside blend isn’t going to go up against a 25-year-old Highland single malt (usually). They’ll be grouped together according to age, style (blend, single malt, single grain, peated, unpeated, etc) and even price range. It’s all about relevance.

Each judge will give the whisky a score and, based on the average score, that whisky will be awarded the appropriate medal. Sometimes, those judges will have a chat first to make sure they’re onside with the verdict. Any whisky that doesn’t come up to scratch goes home with nothing.

But you have to be in it to win it. Those brands you see with medals draped over their bottles? That’s cost them some dollar – but that doesn’t mean they’re guaranteed to get an award. It still has to be earned.

Speaking to people in the industry who know more about this than me, turns out the judges aren’t always independent; some competitions allow brands to sit on the judging panels, and at the end of the day they’re paying money to enter, so what happens when a whisky doesn’t place for a medal? I’m just sayin’, bruv… (but there goes the cynic in me…).

So you see, this actually isn’t the whisky Olympics. Gold doesn’t mean first place, silver doesn’t mean second, bronze isn’t third and no medal doesn’t mean you haven’t qualified for the final heat. Don’t get me wrong, it could be that the whisky wasn’t up to standard. But it’s just as likely that brand didn’t enter a competition, or chose not to brag about its awards on its packaging. Fair play.

Well, if it’s not a race to the top, how can you work out whether a ‘medal-worthy’ whisky is worth your hard-earned cash? Does it mean a gold-rated, young Speyside whisky is better than a bronze-winning, older Highland Scotch? In a word – no (though, medals aside, we all know it could be, am I right?) Even if a whisky has 10 gold medals, five silvers and few bronze for good measure, there’s no guarantee that you will be a fan.

At the end of the day, the companies running these competitions need to keep face, and the chances of them slapping a medal on a less than amazing whisky just because a brand lost its cool is unlikely. My advice? When it comes to medals, just don’t sweat it too much. Read reviews; talk to other people who also love whisky; visit your local whisky bar and buy a dram before committing to a whole bottle. Taste, taste and then taste again. There are so many ways you can find whiskies that get you excited, bruv!

Your palate is your own and only you can decide which whiskies you like, and which ones you don’t. So use medals as a guide and don’t be scared to form your own opinions, because opinions can’t be wrong. Am I right?