Are Islay whiskies suitable for beginners?

Islay’s whiskies attract a dedicated fan base of malt enthusiasts, yet these peaty drams have an unfair reputation as being too overpowering for beginners. A formative (and boozy) trip to the island has The Whisky Virgin questioning whether its notoriety should go up in smoke. 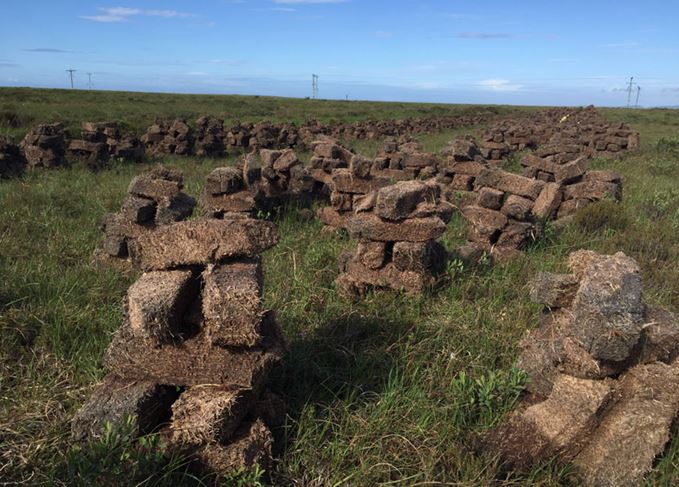 Whisky island: Islay has a rich source of peat, which influences the style of its whiskies

Word on the street is that Islay malt is serious stuff: super peaty and tasting all of tar, fish, coal and disinfectant. Challenging whisky, best tackled by the kind of Scotch drinkers with Ardbeg tattoos and a few army stories. The sort of people who’ve got bored of mainland hooch and gone over to the smoky, dark side. Definitely not for the likes of me.

‘Come away from the Islay section, Whisky Virgin,’ says the kindly whisky seller, ‘Let’s get you something that tastes of vanilla from Speyside, lest you sprain your little palate on too challenging a dram. Perhaps when you’re older, eh?’

But then I’d also hear that thousands of people a year make the pilgrimage to check out Islay’s nine-or-so distilleries and sample their wares straight from the source. It didn’t look to me like the so-called ‘Queen of the Hebrides’ was somewhere you wound up by accident – so I figured there had to be something special coming off the stills out there. Deciding that my mission to get whisky-wise and dram-savvy would never be complete without a trip to this wild western island in Scotland, I set off for Islay.

Two trains, a plane, an overnight stay in Glasgow and a second – smaller – plane later I skipped gamely onto the tarmac at Islay airport with a head full of questions, such as: ‘Is Islay whisky really too intense for Scotch beginners?’, ‘Are all your local whiskies total peaty smoke grenades?’, ‘Is there anywhere on the island you can buy an iPhone charger if you’ve left yours at home?’

While I was being driven to my first distillery my guide pointed out to me the big stretches of peat on either side of the road; freshly cut and laid out to dry, or else just sitting there in the ground, slowly doing its thing. I’d experimented with peated whisky a few months back, when I learned that Scotch makers burn this magical dirt to dry their barley and put a little smoky flavour in their spirits. With such a plentiful peat stash stretching across the island I can see how the booze in these parts might become synonymous with the smell of smouldering plant matter. It was something I’d often heard described as an acquired taste.

And for sure, that smoky, mineral, often even chemical smell was right there in a lot of the drams I knocked down over the course of my fact-finding mission. Laphroaig squeezed fresh from the Sherry cask has a definite ‘I’m-smoking-a-rollie-dipped-in-iodine,’ thing going on, for instance. Sure, it took some getting used to, but it wasn’t the overwhelming punch in the tongue I’d been expecting. Not only did I get through the first of many scheduled tastings without having a flavour-induced breakdown, but I’d slurped drams that tasted of red grapes, sea air and green tea. I was starting to think that there was more to Islay malt than just big smoke and raw power.

As the trip went on, I discovered that not every whisky distilled out there is as heavy on the peat as Laphroaig. Some distilleries I dropped in on peddle a smoky style, but on the more relaxed end of the spectrum. As a peat-curious newcomer to the scene I had real fun slugging salty, tropical, campfire-like Bowmore and light, fresh Caol Ila. I even found out there are distilleries in these parts with whole product lines that cater for the smoke-dodgers among us, like Bruichladdich and your boy Bunnahabhain way up on Islay’s north-eastern coast.

Before my trip I’d definitely believed that all malts made there got a blast from the peat cannon. I mean, I’m pretty sure I’d been straight-up told that. But what I started to learn during my time there was that Islay whisky isn’t one thing. Different distilleries show the character of the island in different ways, I guess. Some distilleries might use a whole load of local peat in their process and others might represent their regional style by being fruity and tropical, and having a nice sniff of the Atlantic about them. Different styles, all Islay.

Don’t get me wrong, if I want a big, punchy dram with a lot of curious weirdness in it I can see myself browsing the Islay shelf – but I now know I can also go there looking for elegance and freshness.

Local variation: Islay’s whiskies showcase a breadth of character from the island

It sort of makes me wonder if the people spreading rumours that Islay whisky isn’t for newbies are just trying to hoard those good island drams for themselves. Also, can you really know what to expect from a whisky based on where it comes from? Is that made up as well?

But anyway, conspiracy theories aside, I need to figure out what I’ve learned from all this pretty sharpish. I never did find that phone charger and I write these things in the Notes app on my phone, so time is running out.

I reckon my take-home is that I shouldn’t be put off a region, distillery or bottling because I’ve got preconceptions about it, or I’m worried I wouldn’t get it. I’m not saying I loved every dram I sampled on Islay, but I think that had more to do with me finding my own taste, rather than anything being too advanced or whatever. Come to think of it, it wasn’t too long ago that I thought that whisky in general wasn’t for me – that it was all too intense for me and my drinking life would be better spent on the fruit ciders. And then there I was on bloody Islay, not missing out on all that Scotch goodness.

In the end I didn’t make it round half the distilleries on the island. So, there’s still lots to learn and see and drink on my next trip. To be honest, I can’t wait to go back and see those famous distillery names from the bottles, on road signs and billboards. I hope I get surprised all over again by what I find when I get there.