How do you choose your first whisky?

There’s an all-new Whisky Virgin in town, and this one is desperate to pop their cherry with their first Scotch bottle purchase. There’s just one problem: this Virgin couldn’t tell a Bell’s from a Bowmore. So, risking it all – shame, humiliation, and a possible barring – The Whisky Virgin heads down to the local pub in search of some expert advice. 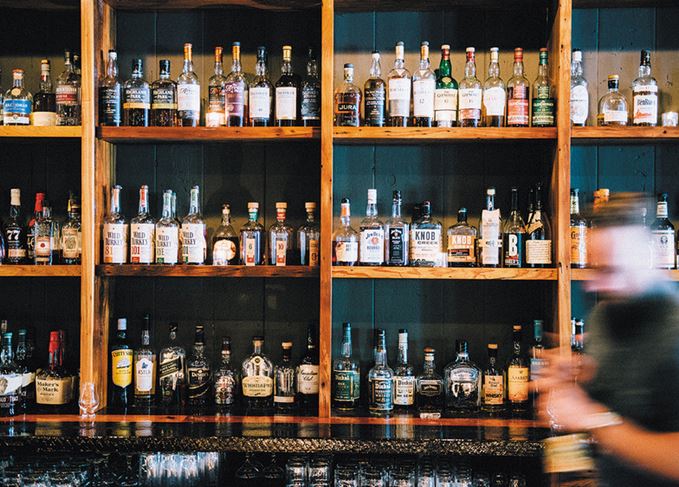 Spoilt for choice: The Whisky Virgin doesn't know where to start

My granda’ used to take what I now understand is called a ‘dram’ on Sunday evenings. I once asked if I could try a ‘dram’ of my own, to share something with him. ‘Too strong for you, boy!’ he barked around a cigarillo before returning to his book on naval history. No eye contact was made. In many ways that interaction ruined the whole of Christmas 2010 for me; but I’m determined not to let it ruin whisky.

If I’m going to conquer my negative associations and learn to love Scotch, I reckon I’m going to have to be brave and drink a lot of it… But, y’know, in an educational way.

Your boy is on a tight budget, but I won’t accept that Scotch is just for people unburdened by student loan debt and a predatory rental market. I’m looking for a bargain bottle to be my way in, something I can buy in a local shop for under 30 squids. My gateway whisky.

The search begins at my local boozer. I need to taste a few things to figure out what I like before dropping dollar on a full bottle.

When I arrive, the pub is full of serious looking men and women. The kind of people I bet love to swap jokes about different whisky-producing regions and what the war was like. What If I say the wrong thing when I order? I’ve never done this before you see, that’s the whole thing about this piece.

I imagine my interaction at the bar going something like this:

Me: ‘Excuse me, fellow man. I would like to drink a nice, grown-up glass of Scotch.’
Intimidating Bartender: ‘Very good, would you say you’re more of a Highland or a Speyside man?’
Me: ‘…’
IB: ‘…’
Me: ‘I think I’ve made a terrible mistake. I should go.’
IB: ‘Well yes, I think you’d better had.’

But I’m glad to say it doesn’t go down like that. When he sees me scanning the back bar like a predator drone he asks me if I’m after something particular. I explain that I’m new to the Scotch game and looking for something cheap, widely available, and availably cheap. He recommends a nice beginner’s whisky, Haig Club Clubman.

He asks how I want it. Neat, of course, like in films. With ice and ginger ale on the side, just in case. I boldly take a sip of unmixed spirit and taste… Vanilla. Coconut. Some kind of creamy stuff. ‘There are different flavours in whisky,’ I yell, to no one specific.

I ask for the lowdown on this ‘dram’ and my not-so-intimidating bartender tells me that this is grain whisky, which makes it towards the lighter and cheaper end of the Scotch spectrum. He also says that Clubman is endorsed by a certain golden-balled ex-midfielder so it’s deffo on the shelf at my local supermarket — totally on brief.

I think back to my granda’ and wish he could see me now, squaring up to the world of whisky. It seems so long since I last saw him. He’s not a patient man, you see… Not a forgiving man… Anyway, the matter at hand.

I ask what I should try next and the bartender recommends what he says is a go-to of his, a blended malt, just the ticket for a newbie. In exchange for my loose change I’m given a fresh shot of Monkey Shoulder. There are little monkeys on the bottle.

My new drinking guru assures me that the good folks at Monkey HQ mix different malt whiskies together with accessibility and millennial appeal in mind. I have been marketed to and I love it.

Now this is good. When I take a sip I’m squeezing fresh oranges; I’m trying to get high smoking the spice cupboard; I’m running through a field of wheat. It’s nice gear, but perhaps more research is needed.

One more for the road? Don't mind if I do, new whisky friend. But make it snappy, the supermarket closes in 20 minutes and I’ve got a bottle to buy. I fork over my last handful of silvers and apologise for telling the nice bartender to ‘make it snappy’. I’m excited to be on this journey but that’s no excuse for cliché pub rudeness.

Chivas Regal: The historic blend sends a shiver down the Virgin’s spine

He brings down a bottle I recognise and I instantly get the fear; it’s my granda’s whisky, Chivas Regal.

I’m getting dangerously close to too-strong-for-me territory, I can feel it. But my new drinking guru assures me that this is a blend, just like Monkey whisky, and has grain in it, just like Beckham juice. I ask for it with ice, soda, and a little lemon. Best not to overdo it on my first night in whisky town, hydration is key.

I sniff the glass like a nervous spaniel. There’s wood, lemons maybe. I realise I’m not just drinking granda’s whisky, I’m writing bloody tasting notes. I sip and ‘get’ banana, nuts, and cereals. Not bad at all.

After thanking my host, I’m so happy that I go to high five as many pub regulars as I can on the way out the door. None return the gesture, but not even that can harsh my vibe.

Minutes later, I skip out of the supermarket with my first ever bottle of whisky, the one with the monkeys, and change from £30. I’m so psyched I even treat myself to a bag for life to put it in, expense be damned. The best part is, I now have something in the house to offer my granda’ when he comes to stay… I’m just kidding, he’s dead. It’s fine, as you can tell, I’m totally over it.

Anyways, the point is I’ve found out I like blended whisky and that I may even be a particular fan of blended malts. And I’ve also learned that if you ask for recommendations you probably won’t be laughed at and might even learn something. Not bad for my first night on the whisky.