Peat has got The Whisky Virgin all fired up this week as he endeavours to understand where this magical substance comes from, and how it conjures myriad flavours in whisky. Follow as our resident whisky newbie goes digging for answers... 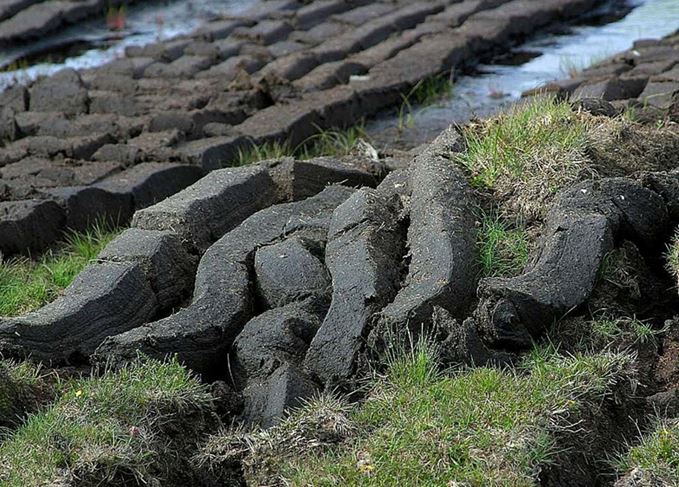 Burning question: What is peat comprised of, and how does it affect the taste of whisky?

If there’s one thing I’ve learned on my journey through the whisky-verse it’s that Scotch can taste like basically anything. But seriously, someone could’ve warned me that there are drams out there that honk like burning hospitals. I was not expecting that.

During a recent visit to my local whisky dealer I took a recommendation and ran naively into my first sip of Laphroaig – a punchy little number called ‘quarter cask’, to be precise. Now, I’ve sniffed a little smokiness in whiskies here and there but this was something else. It was oily and intense. It smelled like engines, and antiseptic, and cake, and… honestly, I know it sounds weird but I was kind of into it.

Until then, I’d steered mostly clear of the whisky sub-genre known as ‘heavily peated malts’. Like a lot of whisky virgins I’d felt intimidated by those bad-lads of the back bar rumoured to taste like iodine and tar. Probs because they have a rep of being the niche-est, most challenging of Scotches, suitable only for veteran drinkers and the incurably Scottish.

But then I’d also heard that peated malts have die-hard fans who trot the globe looking for ever more intense hits of smoky goodness. Anything that inspires that kind of following has to be worth exploring, right?

I left my first Laphroaig encounter reeking like a disinfected arsonist and chock full of questions, chief among them being: ‘What is peat anyway, and how in the name of all that is good and malty does it make whisky taste like that?’

Smoky soil: Peat is organic matter that has decomposed over thousands of years

It took a bit of asking around but I learned that peat is soil-type stuff cut from boggy ground that’s traditionally dried and burned as fuel in places too broke to even have trees. As a cash-strapped millennial, I’m intrigued by the possibility of saving on utility bills by burning dirt, so I keep digging… so to speak.

It turns out smouldering peat can be used to dry out the malt used to make Scotch whisky. This apparently gets it ready to be ground up and turned to beer ready for a ride in the still, but also brings crazy flavours to the party that you don’t get any other way. It was patiently explained to me by the regulars at my local whisky shack that if there’s smoky flavour in Scotch, it’s almost always coming from this here process.

Mate, I never would’ve guessed that a little campfire smell or a whiff of bacon in my whisky got there thanks to old-timey bog fire. I just figured it had something to do with them having smoky water up in Scotland, or using really hot stills to make the spirit, or maybe me not cleaning my glasses properly before a tasting session. But no, the word is it all comes down to smoking that barley.After my first taste of heavy peat I kind of understood why people go so nuts for this stuff. I figure it’s like spicy food, or deep house music, or Glasgow: kind of intense to start with, but super fun once you get into it. I see why Islay pronunciation defiers Bruichladdich make a range of ultra-peated malts called Octomore to provide fresh thrills for burned-out peat heads. And I absolutely get why whisky slingers from Goa to Tokyo are churning out their own swampy malts to satisfy the peat chasers.

What I still don’t get though, is how peat can make one whisky taste like barbecue, and another smell like insurance fraud at the Elastoplast factory. As someone who barely passed their GCSE double award science qualification I’m probably not best placed to make assumptions, but surely peat can’t do all that? I mean it’s basically just Scottish dirt at the end of the day, right?

But no, there’s more to peat than meets the eye.

XX sauce: Bruichladdich’s Octomore 08.3 is billed as the world’s peatiest whisky at 309ppm

I’m told that this miracle filth is formed specifically in peatland areas when organic matter breaks down and compresses itself into the earth over thousands of years. That means the stuff from up a hill in the Highlands might be made of grass and heather and lost hikers and stuff, but the same gear from an island like Islay – where they make a lot of smoky whisky – will have seaweed and ocean-y minerals in it. So, different peat – used in different amounts – can create a whole lot of different flavours in whisky.

Okay, I’ll admit it still sounds a bit weird on paper. But don’t worry if the idea of drinking something that tastes like burning grass or ancient kelp sounds a little challenging, cos’ I’m reliably informed that about 90% of all Scotch is totally un-peated. You can just skip it if the idea really freaks you out.

But it turns out that peaty whisky comes in different levels of intensity, just like the sauces they have at Nando’s (other Portuguese-themed chicken shops are available). You don’t need to jump right into something that tastes like TCP and tarmac. Start off with a little medium Peri-Peri and work your way up to the XX hot sauce later on if you fancy. Feel me?

Anyway, whisky friends, I’ll be honest with you. I didn’t come up with that sauce analogy out of nowhere. I kind of overdid it on the smoke-bomb Scotch while I was researching this one and I’m currently looking for some scran spicy enough to register with my peat-shocked taste buds. If anyone needs me I’ll be having a cheeky half chicken and two reg sides down Vauxhall arches. Peace.