Why you need to visit a whisky distillery

The sights, sounds and smells of your first whisky distillery tour stay with you for a very long time, as the Whisky Virgin has recently discovered. 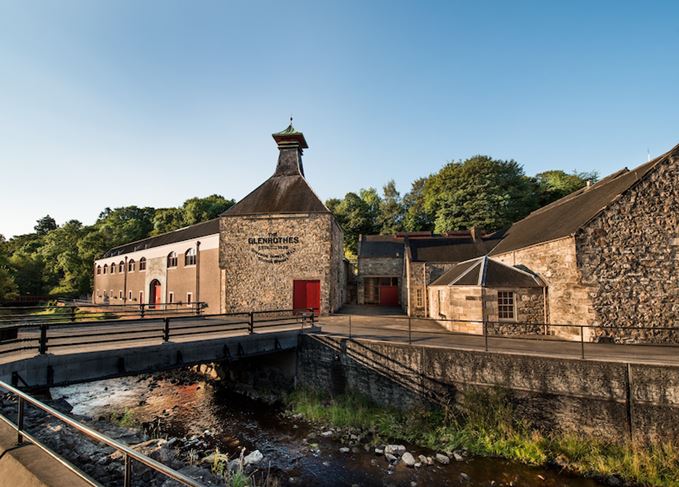 Mate, I did it; I actually did it. It only took me a year to get myself organised, but I finally did it – I went to Scotland and I visited my first whisky distillery. And, let me tell you, it was sick.

What made it even better was that – thanks to a little help from the Scotchwhisky.com team – I was not only able to visit one of my favourite whisky distilleries, but one that isn’t normally open to the public. Honestly bruv, I felt like I’d hit jackpot! This was a pretty big deal for me. I’ve had so much fun delving into the world of whisky, and now, at last, I was actually going to see some being made in the flesh. I was buzzing.

So a couple of weeks ago, I was off, and a plane, a train and a short drive later I found myself in Speyside – Rothes, to be exact. Yep, my first whisky distillery visit was to Glenrothes.

I’d seen so many photos of this place and its stone-brick buildings and now here I was, about to step inside. I’d been so fascinated by its history – it goes back to 1878, y’know – when it was built by James Stuart & Co with some help from William Grant, Robert Dick and John Cruikshank.

We started with how all whisky starts: the barley. We headed to the milling area, starting in the room where the malted barley is delivered. It’s full of these huge – I mean seriously, they’re enormous, bruv – drums called silos where the grain is kept until it’s moved to the milling room in the next room. This was where I got my first look at a Porteus Mill, and learned how it mills more than five tonnes of malted barley at a time to create the grist Glenrothes needs to make its whisky.

We then moved to another room to take a look at the stainless steel mash tun, which is where Glenrothes mixes the grist with water to extract sugars for whisky-making. Different temperatures extract different sugars, I was told – it’s a complex process, that’s for sure.

After taking in as much information as I could in this part of the distillery – it can all get pretty technical – we moved onto the washbacks. All 20 of them, to be exact: 12 wooden and eight stainless steel, each able to hold 25,000 litres. Our guide explained how yeast is added to begin fermentation, which lasts for 60 hours.

But the next part of the tour was the bit I was most excited about, I can’t lie: the stillhouse. I’d heard that Glenrothes has the tallest stillhouse in Speyside, with 10 stills all in all (five wash stills and five spirit stills). Glenrothes has quite a slow distillation though.

The first distillation – which involves the wash being heated through the wash still – lasts for around six hours, before the second distillation through the spirit still, which lasts about 11 hours. That’s 17 hours altogether – a pretty long distillation time in the grand scheme of things. The stills have an unusual shape too, which they called ‘onion reflux bulbs’, meaning there’s a lot of copper contact needed to make Glenrothes’ signature full-bodied, fruity new make spirit.

When you think that this complete process makes 5.2m litres of new make spirit every year, that’s pretty mind-blowing stuff, right? Then when you move on to the warehouses and see the whisky sitting there, silent, quietly ageing day after day, week after week and year after year, it makes you appreciate the magnitude of the job at hand for these distillers and blenders.

It gave me a whole new-found respect for them, fam; the fact that they look after this liquid with absolute consideration and optimum conditions for bare time is seriously inspiring.

Hard graft: Some Glenrothes barrels are made on site in the cooperage

And did you know they also have their own cooperage on site? Swear down, they make those barrels there by hand and it definitely didn’t look easy. They were grafting hard.

What hit me most, though, during my tour of the distillery were the aromas coming from the site, something that was constantly changing throughout the tour – smells like I’d never really experienced before.

Scotchwhisky.com has written several times about the power of aroma, and I think it’s only now that I’ve really understood it. I can still remember the smells from the mash tun room and then how it changed when we walked into the washback rooms, and the heat, noise and sheer size of the still room. These are sights, sounds and smells that I’m positive will stay with me for a very long time.

I’d been schooling myself on whisky production long before this trip, but it’s only after seeing it all in the flesh that I feel like I’m finally getting an understanding of the whisky-making process, do you know what I mean?

It’s like you have to see it to really be able to fit all the pieces of the puzzle together and, let me tell you bruv, it’s a whole lot clearer once you do. If you’ve not yet been to a distillery and you’re able to… do it.

Go to Scotland. See how it’s made. See the work – the passion – that goes into making your favourite dram. There are so many tours available; grab your mates and hit the road.

I can’t wait to get back up as soon as and visit more distilleries – there are 121 distilleries in Scotland currently, after all. That’s plenty of learning and exploring to be getting on with, innit?