The fine art of whisky flipping

Our maturing Whisky Virgin is getting to grips with the idea of building a whisky collection, but a frustrating episode involving the latest Ardbeg release has brought him into contact with a new kind of whisky enthusiast: the flipper. Drink or keep? Keep or sell on? It’s a difficult dilemma… 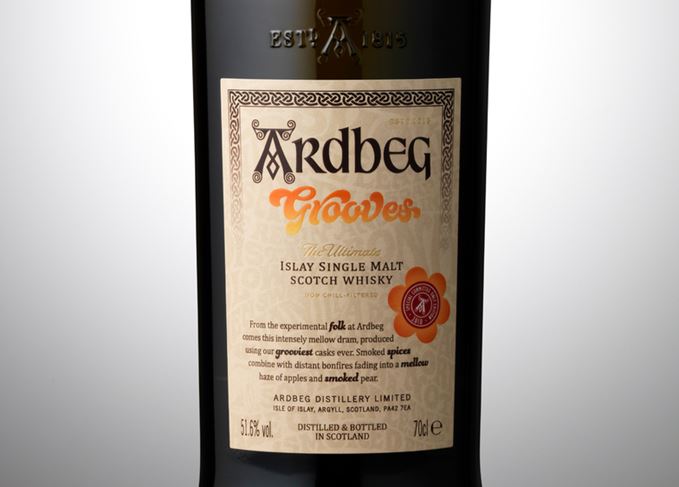 Peace and love?: But the spirit of the ’60s is hard to find among whisky flippers

Ok, so I recently learned about this thing where you buy whisky, but don’t open it right away, apparently known in the biz as ‘building-a-collection’.

The concept of owning whisky you’re not drinking is hard for me to bend my soft, young mind around, but I have to say there’s something appealing about the idea of squirreling away special drams for the future. Perhaps I’m maturing? Anything’s possible, I suppose.

Anyway, last month I picked out what I reckoned would be my first keeping whisky. I’d been keen to cop something like a limited edition or annual release – a bottle I could break out in years to come to impress my Scotch-drinking peers and show how far I’d come as a whisky virgin.

The particular object of my malty desires? The latest Ardbeg Committee Release, Ardbeg Grooves, aka the whisky that broke the internet.

Ardbeg Grooves was billed as a tribute to the free-spirited inhabitants of Islay during something called the ‘summer of love’ that apparently took place in the 1960s.

I had no idea that remote Hebridean islands were awash with kilt-y Timothy Learys and Caledonian Janis Joplins back then, but I was glad to be informed that this was the case.

What really caught my imagination, though, was that the juice inside the highly limited bottle promised to taste of all smoked spices and meats and that. Nice.

I was well excited to start my collection, so I scraped together the money I needed to buy in and joined the Ardbeg gang online. Then, disaster: the Ardbeg site crashed before I could get my hands on the prize.

I went to my local whisky shop to ask if they’d seen any Grooves. They’d had a few, but they were gone now. I felt like I’d been beaten to the punch by psychic whisky hunters. How could they have been so much quicker than me?

While at my trusty whisky dealer, a good Samaritan heard my embarrassing wailing about unfairness and told me there was one more place I might get lucky in my hunt for hippie whisky: auction websites, the so-called secondary market.

Hippie whisky: Ardbeg Grooves, the whisky that broke the internet – and the Virgin’s heart

‘Surely not,’ thought I. ‘Surely anyone who was lucky enough to score a bottle of this retro dram is saving it. Who would go to the trouble of getting their paws on one, just to sell it at the earliest opportunity? You’d have to be a very cynical sort of person to do such a thing.’ But I’m afraid, friends, that is exactly what I found.

About a week after its official release to registered friends of Ardbeg, there were 50 bottles of highly limited peace-and-love on a site called Scotchwhiskyauctions.com. What’s more, by the time I got there, the bidding had got all out-of-hand and way out of my price range.

Yeah, very ’60s of you, whisky psychics, very imagine-no-possessions and groovy and that. Has anyone even opened one of these yet? Is it even nice? Does anyone know?

Dirty bottle flippers, taking the pure and innocent world of one of Scotland’s most profitable exports and making it all about money. Is that what Jimi Hendrix and all those other dead hippies would’ve wanted?

Probs not, mate. Who could be tempted by the prospect of paying £80 for something and selling it for double or more their original investment…?

Ok, ok, I haven’t been totally honest with you. I too, might have seen faint dollar signs when I looked at Ardbeg Grooves.

Don’t get me wrong, I wanted to drink it too, but we’ve all heard those stories of people making money, Cash in the Attic-style, off drams they picked up on the cheap back in the day.

You know the sort of thing, ‘Oh yes, I got my first case of Port Ellen at a petrol station in Argyll in 1982. Traded a book of second-class stamps and half a Dundee cake for it, as I recall. Sold it for an absolute fortune last year.’

I guess I have to admit that, while I’m excited to build a collection of whisky I can drink in the future, I wouldn’t be mad at making a few squid along the way.

Add that to the fact that, right now, the papers are all full of stories about how investor-y types should whip their paper out of shell companies or conflict diamonds or whatever and bung it in malt, and it’s no wonder your boy – and apparently loads of other people – are tempted by the action.

The problem I can see is that, when whisky becomes an investment, it sort-of stops being whisky. It’s like the housing market that currently has me renting a repurposed abattoir in a part of London not acknowledged by any local council. ‘Houses aren’t for living in, they’re for extracting money from poor young people who have the audacity to want to live in cities.’

‘Whisky isn’t for drinking, it’s an investment commodity designed to sit in a box and get valuable.’ Both of these points of view have a brutal elegance that’s hard to ignore, but they kind of fuck up the game for whisky virgins like me who mainly want to start a modest collection, but also wouldn’t mind treating Scotch like a drink and drinking it.

Anyway, I missed out on Ardbeg Grooves and I probably won’t get to try it any time soon. I did manage to pick up my first collector whisky the other day, though.

In a stroke of luck, I chanced upon one of this year’s Longrow Reds, a peaty little number from Campbeltown, aged for 11 years in a Cabernet Franc cask. It’s hard-ish to find, but not too pricey. Probably about my level, as I am a whisky virgin of modest means.

Am I going to drink it? Probably, one day. But, then again, they pay me for writing these articles in distillery-branded water jugs and tote bags from around the office. Actually, mate, I’m obviously all about the love of malt and stuff, but If you do fancy a Longrow Red, let me know, yeah? I’ll do you a good price.