A large Victorian distillery, Ardmore has a heft and scale which is surprising given its gentle rural surroundings. It is also a rarity in terms of style – a peated Highland malt. For years it was the last distillery to fly this particular flag. It was also the second-last distillery to retain coal fires under its stills.

The peatiness (it comes across as woodsmoke) is balanced by a gentle apple/floral lift, the product of a regime which insists on clear wort and very long fermentation in wooden washbacks. The fires which once raged under the stills added a heavy, mid-palate weight, as did the downward facing lyne arms. When the fires came out, the distillery team spent seven months creating new steam coils with kinks in them to replicate the ‘hot spots’ in the stills which had contributed this flavour.

Since the steam has come in, an unpeated variant [called Ardlair after a nearby stone circle] has also been made. 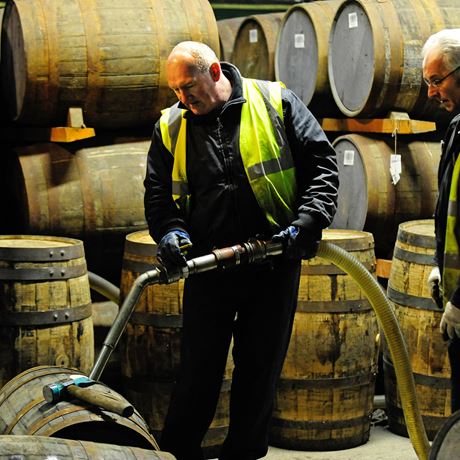 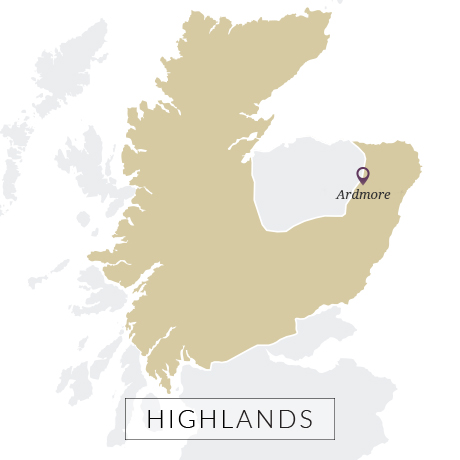 It was in 1898 that Adam Teacher, son of Glasgow blender William Teacher, decided that the family firm needed its own malt whisky distillery. The site he chose, on the outskirts of the village of Kennethmont in rural Aberdeenshire, was on land owned by family friend Col. Leith-Hay [whose seat Leith Hall is open to the public]. It had water, there was a source of peat nearby, and the immediate surroundings grew barley. As significantly, given the vision Teacher had for the site, the railway between Inverness and Aberdeen ran alongside. By putting in a small branch line he could get casks and cow in, and whisky out.

Ardmore has remained in the Teacher’s stable ever since, providing smoke and also top notes to a blend which still sells over a million cases globally (its main markets today are India and Brazil). The original pair of stills were doubled in 1955 and then doubled again in 1974. Two years later, it became part of the Allied Distillers stable – the same year as the distillery’s Saladin maltings stopped. Its stills remained coal-fed until 2001.

When Allied was dismembered in 2006, Teacher’s, Ardmore and Laphroaig went to Beam and in 2014 it became part of the new Beam Suntory portfolio.

Its importance for its blend has meant that Ardmore has never had a presence as single malt. A quarter cask-finished bottling appeared a couple of years after Laphroaig Quarter Cask, but remained a small-scale release.

It has however built up a small but dedicated following among single malt aficionados who seek out the independent bottlings which appear – those from Gordon & MacPhail and Signatory Vintage appear the most frequently.