Here the heavy character is produced by rapid mashing, quick fermentation and, in the wash stills, a rapid boiling regime which almost cooks the solids and allows controlled carryover of some solids. This almost singed character [shared with Blair Athol] is most obvious at new make but recedes with maturation, being replaced by a balanced honeyed cereal sweetness. 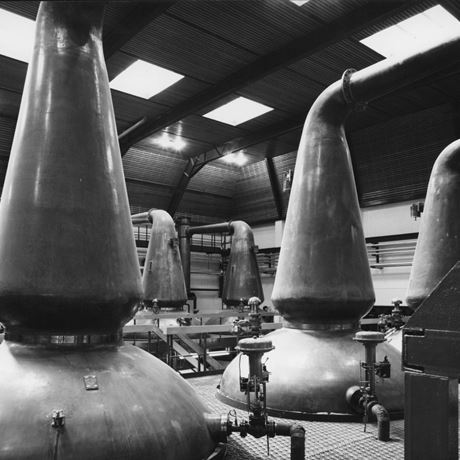 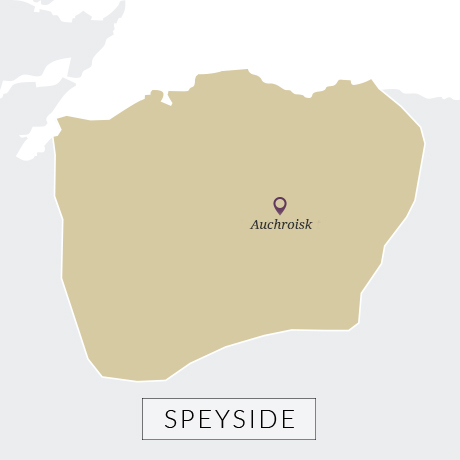 The building of Auchroisk in 1972 was meant to herald the start of a new era for blended Scotch. Certainly architecturally (like its contemporary, Allt-a-Bhainne) it stands out – a white, harled, modernist structure in the moorland. It was commissioned by IDV, at that time the parent firm of J&B which had decided that sales of the blend justified another distillery being built to join its Speyside portfolio of Glen Spey, Knockando and Strathmill.

Auchroisk was first bottled as single malt in 1986 and was the first to carry the prefix ‘Singleton’, a name now attached to single malts from Glen Ord, Glendullan and Dufftown. Although highly regarded by writers and judges in its time, it never quite made the leap from cult to major brand. Interestingly, the maturation process involved decanting 10-year-old ex-Bourbon matured whisky into ex-Sherry casks for a further two years of secondary maturation, making it the first example of finishing, but IDV never thought of talking up the process, leaving Balvenie and Glenmorangie to be regarded as the pioneers of the technique. The brand was dropped in 2001 and has subsequently quietly slipped back into the shadows.

Although somewhat remote, the large tracts of land surrounding the distillery make this the ideal site for one of Diageo’s main northern warehousing complexes.