In its heyday Cambus’s whisky was highly regarded by blenders. The advertisement placed by DCL in The Daily Mail in 1906, described Cambus Pure Grain Whisky as ‘the whisky with an individuality – notably different to all others in peculiar delicacy and charm of flavour – mild and mellow. Not a headache in a gallon.’

Aside from this one-off official bottling, Cambus has appeared as a 13-year-old, 15-year-old and a no-age-statement, and most recently as a 40-year-old in Diageo’s 2016 Special Releases. It also regularly appears under independent labels. 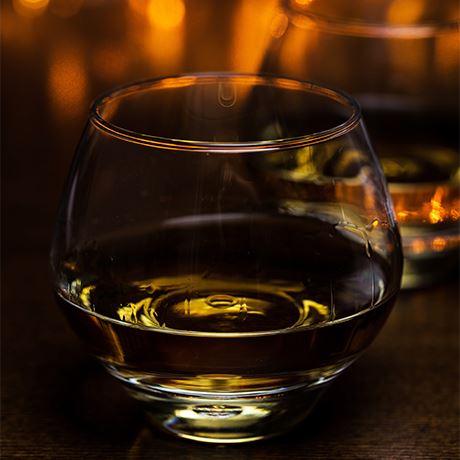 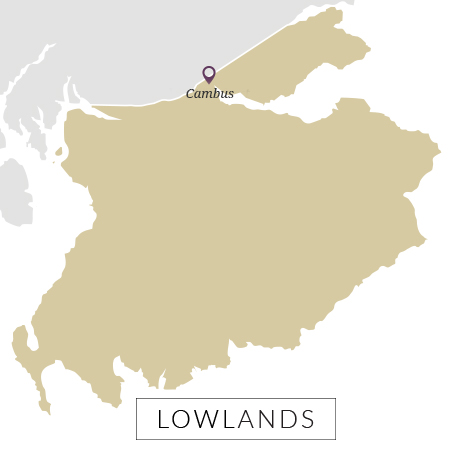 Cambus was another of the Lowland grain distilleries that formed the basis of DCL in the late 19th century, and played a starring role in the establishment of grain spirit as ‘whisky’, though it actually started out distilling malt.

In 1806 John Moubray converted a disused mill in Alloa, situated on the banks of the River Deveron close to where it meets the Forth, into a malt distillery. It operated as a small plant until 1836 when Moubray took a change of direction, installing two Stein patent stills to distil grain whisky instead.

Cambus was run as a family business for most of the 19th century, passing down to John’s son (James) and grandson (Robert), who installed a Coffey still in 1851. The expansion cemented Cambus as one of the largest grain distilleries in Scotland; its buildings were spread over eight acres and railway sidings were built up to each warehouse.

In 1856, to safeguard future operations during a period of fluctuating demand for grain whisky, six of the largest grain distillers in the Lowlands agreed to divide up the market between them for a year, with Cambus allocated 10.5%. Cambus also entered into a similar agreement in 1865, this time with the addition of Adelphi, Yoker, Cameronbridge and Port Dundas distilleries.

In 1877 it became one of the founding companies of DCL, which went on to acquire the adjacent Cambus Old Brewery in 1882 to allow Cambus to expand further.

During the ‘What is Whisky?’ trials at the turn of the century, when malt distillers began an uprising against the use of the term ‘whisky’ to describe grain spirit, DCL – which operated several grain distilleries ­– used Cambus to sway public opinion in their favour. In 1906 it placed a front-page advertisement for Cambus Pure Grain Whisky, which had been aged for around seven years, in The Daily Mail to ‘give the public the opportunity of judging for themselves what a pure patent-still grain whisky was like’. It was an obvious publicity ploy to sway the public, and the deciding courts. The malt distillers lost, and after the ruling had been announced in the 1908 Royal Commission, the advertising was quietly withdrawn.

Following its moment in the limelight, Cambus fell on hard times when a fire destroyed most of the distillery in 1914, rendering the site shut for the next 23 years.

It eventually reopened in 1937, but shut again during WWII. Finally, at the end of the war, DCL began a period of investment in the site. A gin rectification plant was installed in 1952, while a CO2 processing plant went in the following year. In 1964 Cambus became the first distillery to have a by-products plant – this was later expanded into a full dark grains plant in 1982 after DCL acquired the closed North of Scotland grain distillery next door.

Cambus eventually closed in 1993 as part of Diageo’s £100m production reorganisation. Its plant was removed and the site transformed into a cask filling operation and warehouses.

In 2011 it began a new lease of life, as Diageo built a new £9m cooperage on-site, transferring the coopering operations from nearby Carsebridge and Dundashill in Glasgow. It now adjoins the giant Blackgrange warehousing complex.