With its 3 Star and 5 Star versions, Crawford’s was once a very popular blend in Scotland. Its 3 Star version is still going.

For its loyal fans, particularly in Scotland, Crawford’s 3 Star was appreciated as an honest, good value blend with a crisp grain-heavy freshness and beguiling wisp of smoke. With its cheap, clear glass bottle and plain label you could say it was a triumph of substance over style. It certainly wasn’t over-packaged in the domestic market where it has become increasingly rare.

A smarter version resembling Ballantine’s has been used for export, while its late lamented deluxe version, Crawford’s 5 Star – which was sometimes bottled as a 12-year-old – has been discontinued.

The whisky firm of A&A Crawford was established in Leith in 1860, and its flagship 3 Star blend was created before the turn of the century.

Customers wishing to trade up could also purchase Crawford’s 5 Star once it was launched in the 1920s. To confuse matters Daniel Crawford & Sons Ltd of Glasgow had released its own eponymous blend by then.

By the time A&A Crawford had been adsorbed into the Distillers Company Ltd (DCL) in 1944, 3 Star was one of the most popular blends in Scotland. Unfortunately it was now part of a vast stable of DCL blends and obviously overshadowed by the likes of Johnnie Walker, Dewar’s and White Horse. In the fall-out from the Guinness takeover of DCL in 1986, the UK rights to Crawford’s 3 Star and 5 Star and a raft of other whiskies including Haig and The Buchanan Blend passed to Whyte & Mackay. Diageo – the successor to DCL – continues to own the rights to the brand overseas. 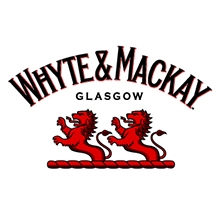