Although silent for decades, Parkmore is still standing and in remarkably good condition.

Although still standing and in good nick for a silent distillery, Parkmore was really only in operation for around 35 years. During that time its whisky was used for blending, and was a likely constituent of James Watson & Co’s Baxter’s Barley Bree and Watson’s No. 10. It may also have been a component of Dewar’s for a period. 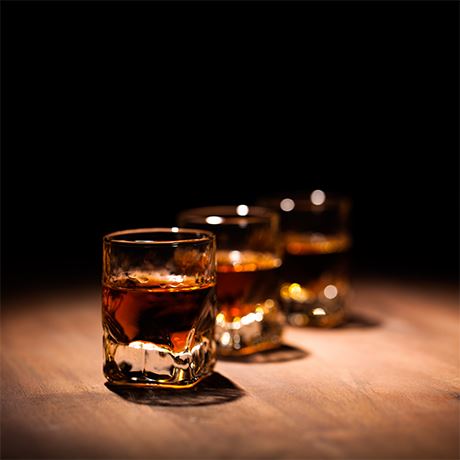 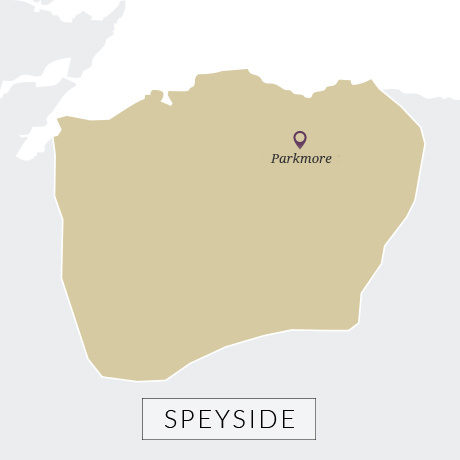 Parkmore is one of the best preserved silent distilleries, which may not have been the case if it were situated anywhere other than Dufftown, the heart of Speyside.

Built in 1894 by Parkmore Distillery Company during a boom period for the Scotch whisky industry, the Victorian distillery was one of the original ‘seven stills’ of Dufftown.

Following the Pattison crash of 1898 Parkmore was sold to Dundee whisky merchant and blender James Watson & Co, which had also picked up Glen Ord distillery in 1896 and went on to purchase Pulteney in Wick in 1920.

James Watson & Co was itself acquired by Buchanan-Dewar and John Walker & Sons in 1923 for ‘a little over £2m’. The deal included Parkmore, Pulteney and Glen Ord distilleries as well as eight million gallons of whisky stocks, ‘one of the most important stocks of old whisky in the country’. James Watson was then dissolved. The stocks were shared out between the companies, while John Dewar & Sons took on the distilleries.

As James Watson & Co was also one of the founders of the North British Distillery Company in 1885, established to counter DCL’s domination of the whisky market, this turn of events wouldn’t have been an easy pill to swallow for its founders.

Parkmore was transferred to DCL’s Scottish Malt Distillers subsidiary in 1930, before being mothballed the following year. Although the distillery was licensed to Daniel Crawford & Son Ltd in 1940, its buildings were stripped and used for warehousing.

In 1988 the site was sold to Highland Distilleries (now Edrington) which uses Parkmore’s buildings for storage.