How are Bourbon and grain whisky different?

They’re both sweet in flavour, are made from grains and distilled in columns, yet Scotch grain whisky and Bourbon are vastly different in many ways. The Whisky Professor explains how. 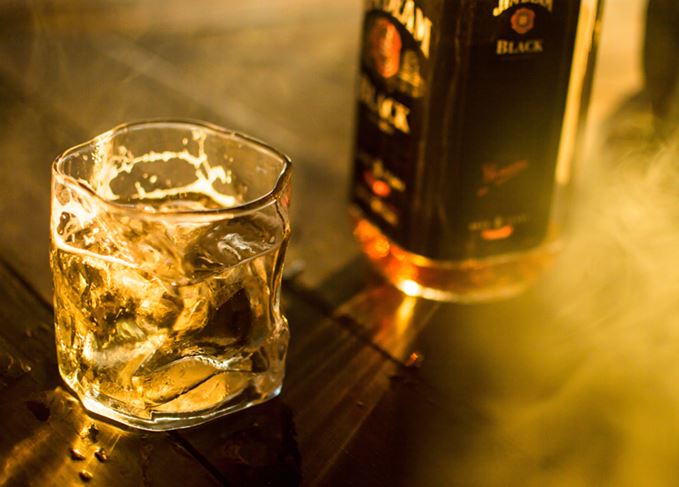 Sweet spirit: A Bourbon must be made in the US and contain 51% corn in its fermented mash

Can you tell me what the difference is between how Scots make grain whisky, and how American distillers make Bourbon? Isn’t Bourbon just an American term for a grain whisky?

I can see where the potential confusion may lie – the use of different cereals in single grain whiskies, and both being distilled in column stills. Yet there are fundamental differences between the production of Scotch grain whisky and that excellent whiskey known as Bourbon. Allow me to go through some of the most significant contrasts.

To be called a ‘Bourbon’, a whiskey can be made anywhere in the United States and must be based on a fermented mash made up of a minimum of 51% corn (aka maize).

In Scotland, grain whisky can be made from corn, though wheat is more common these days.

In both cases, other grains are added at the cooking stage. In Scotland, malted barley is added to the cooked slurry of corn or wheat. It is there because the enzymes contained within the barley will trigger the conversion from starch to fermentable sugars. It is not used for flavour purposes.

Bourbon distillers, on the other hand, begin to build flavour at this early stage by making a mix of different cereals known as a ‘mashbill’. Corn is hard to malt, so malted barley will always feature, partly for enzymes – though commercial enzymes are widely used – and also for a background nutty/grassiness flavour.

Versatile grain: Barley is used in both Bourbon and grain whisky, but for different purposes

Corn is rich in starch, resulting in high levels of fermentable sugars. It produces a sweet, fat spirit, though one which can lack complexity. Enter rye, which is used in the mashbill for its distinctive peppery, clove-like spiciness. Rye adds pizzazz. Some distillers swap rye for wheat, which adds a cereal/bready element and helps to accentuate sweetness.

In simple terms, the more corn in the mashbill, the sweeter the resulting spirit will be. The more rye, the spicier the spirit will be. Each distillery will have its own mashbill – often, each brand has its own. As a rule of thumb a ‘standard’ mashbill will be 70% corn, 15% rye and 15% malt. A ‘high-rye’ mashbill would see the rye component being upped to between 30% and 35%.

In both cases, the thick mash is pumped to fermenters where yeast is added. In Scotland, a standard distillers’ yeast is used. In Bourbon each distillery will have its own yeast – or yeasts – chosen specifically for flavour.

Fermentation also sees another fundamental difference between the two styles in the use of ‘backset’ or ‘sour mash’ in Bourbon production. Backset is the acidic residue left after distillation, which is added to the fermenters and in some cases the cookers. Its use helps to lower the pH of the ferment which gives a better environment for the yeast. It also helps with consistency of flavour.

Column distillation: Fermented wash is pumped into the top of the analyser, as steam enters from beneath

In both cases, the fermented wash is pumped to the stills for distillation. In Scotland, linked column stills will be used – either two (Coffey style), or multiple columns. These are tall, and their height means that only the lightest compounds can be collected as spirit. New make grain spirit will usually be collected at close to the maximum permitted strength of 94.8% abv. While it will have some characteristics of the base cereal it will be very delicate in character.

You will also see a column still in a Bourbon distillery, but it will be on its own. This single column is known as a ‘beer still’. Like all column stills, it is divided internally into linked chambers separated by perforated plates. The distiller’s beer enters the column towards the top and flows down, flooding each of the plates.

Simultaneously, live steam is pumped in from the base. As it rises it removes the alcohol vapours and congeners (hence its other name, the ‘stripping column’). The non-alcoholic liquid which settles at the base is then used as backset for the next ferment.

The taller the still, the more efficient it will be in separating light from heavy compounds, but a Bourbon beer still is smaller than its Scottish equivalent. In general, the strength of the low wines coming off the beer column is around 70% abv (140 proof).

This distillate is then redistilled in a simple pot still called a ‘doubler’ or ‘thumper’. By law, the final spirit (aka ‘white dog’) cannot be any higher than 80% abv (160 proof), which is significantly lower than grain whisky.

Ageing vessels: Grain whisky can be matured in a wider variety of casks than Bourbon

In fact, most Bourbon distillers will collect their spirit at below that strength. Jim Beam’s White and Black Label are both collected at 67.5% abv (135 proof) and Maker’s Mark comes off the still at 65% abv (130 proof); Wild Turkey is between 62% abv and 63% abv (124 proof and 126 proof). The lower the strength, the richer the flavour.

The final differences lie in ageing. Most grain whisky will be put into cask at between 63.5% abv and 80% abv. By law, the maximum strength that the white dog can be barrelled is 62.2% abv (125 proof). Again, distillers will choose barrel strength according to the style of their Bourbon. Most of the Jim Beam range is barrelled at 62.2% abv (125 proof), while Wild Turkey is put into cask at 55% abv (110 proof). Again, this will have a direct impact on flavour.

The casks used also differ. In Scotland, grain whisky will go into either ex-Bourbon casks (aka first-fill), refill or (very occasionally) Sherry. By law, Bourbon must be aged in new, charred, oak casks which are considerably richer in extractives such as vanillin and oak lactone (vanilla and coconut). Then there’s the climate and different warehouse designs to factor into account. In fact, at every stage the process is different.

I hope this helps and thanks for your question.