Historically, Scottish distillers would make whisky from any grain at their disposal, including oats, rye and wheat. While barley is now the pot still king, modern producers are returning to their roots, and a controversial style of whisky. Iain Russell reports. 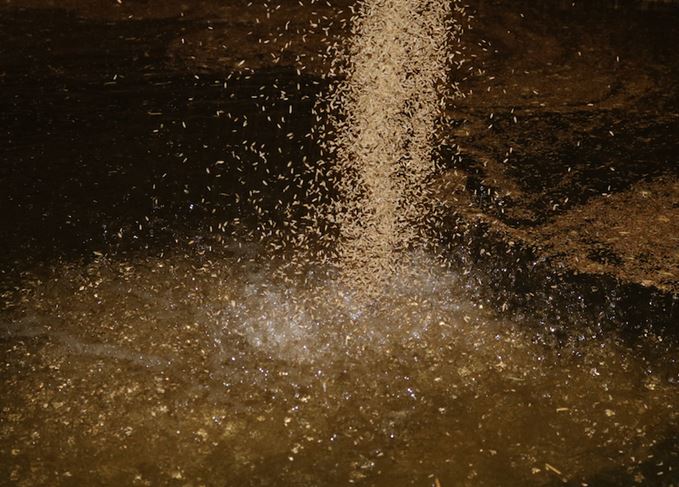 Grain area: Rye is among the cereals being used by Scotch distillers to create whisky

Scottish malt whisky distillers have been playing with different grains. A handful including InchDairnie, Arbikie and Bruichladdich, have distilled rye spirit in their pot stills, and the former has distilled from malted oats. Others are quietly ‘at it’ too.

And while there’s no doubt that the success of Irish pot still has piqued interest in this style of whisky, what we are seeing may be the beginnings of a revival in a traditional and once quite controversial style of Scotch whisky-making.

The ingredients of old-style Scotch pot still whiskies varied. The famous economist Adam Smith wrote in The Wealth of Nations (1776), that ‘in what are called malt spirits, [malted barley] makes commonly but a third of the materials; the other two thirds being either raw barley, or one third barley and one third wheat’ with the malt providing the enzymes required to modify the grain starches to produce sugar in the mash.

Smith was born and raised in Fife, a centre of Scotland’s thriving whisky industry, and would have known of the practices of local distillers. However, the proportions of malt used by the (predominantly Lowland) Scottish distillers varied widely. Experts who testified before the Commission Upon the Distilleries of Scotland in the late 1790s mentioned mash bills which might include a tenth, a half or even two-thirds malted barley.

Wheat was not the only cereal used with barley for whisky-making. John Bonar, an exciseman, testified to the Commission that the Scottish distillers used ‘barley, wheat, rye or even oats; and this grain may be used for distillation either raw or malted…’.

Anything goes: 18th century distillers used many grains, including oats, to make whisky

Oats were Scotland’s main cereal crop and often featured in recipes for beer, so it is not surprising that they were used in making whisky. The traveller Martin Martin had noted in 1703 that types of whisky known as usquebaugh-bauland trestarig were made on the Isle of Lewis from oats. A correspondent in the Aberdeen Press and Journal suggested in 1750 that oats were also a common ingredient in whisky-making on the mainland, stating that ‘whisky… is distilled from oats, or barley malted’.

A spirits dealer told the Commission in the 1790s that he knew of an Aberdeen distiller who made his whisky entirely from unmalted oats. And in 1806 legislation was passed requiring Highland distillers to use only ‘oats or barley, bere or bigg’ grown in the region.

Rye, another popular ingredient for whisky-making, was cheaper than wheat and considered to be more productive. Eighteenth-century Scots distillers were fascinated by its potential, as ‘Hollands gin’, or genever, made from unmalted rye and a little malted barley, had such a high reputation for quality and flavour in Britain. Many sought to replicate the success of the most famous genevers, from Schiedam and Rotterdam, by learning how to work with rye from Dutch distillers.

The main reason for using mixed mash bills was that of cost. Malted barley was more expensive than unmalted grain in the Lowlands (unlike the Highlands, but that’s a different long story). The imposition of a tax on malt in Scotland from 1713 made the ingredient still more expensive for law-abiding distillers. Additionally, a grist made of barley malt mixed with that of ‘raw’ grain was known to yield more spirit than malted barley alone.

But what did this Scotch grain whisky taste like?

Scottish grain whisky had savage critics. Many claimed that it was ‘unpalatable’ and ‘unwholesome’, comparing it unfavourably with the malt whisky made in the Highlands. There were frequent complaints that it caused headaches, upset stomachs and other unpleasant ailments.

One commentator asserted, somewhat dramatically, that ‘from vegetated or malted barley alone, can arise the essential oil; whereas, if extracted from unmalted or unvegetated corn, there must arise an exalted vinegar, to the certain destruction of those who use it’.

A Scots Magazine correspondent summed up this school of thought in 1806, stating ‘one thing is certain, that malted grain makes wholesomer [sic] spirit than raw’.

Undoubtedly, whisky from the Highlands and Islands, commonly made entirely from malted barley, commanded a higher price than grain whisky, and was favoured by wealthier consumers across Scotland. A sort of whisky snobbery was certainly involved.

Abraham Newton, a spirits dealer in Edinburgh, said in 1797: ‘I find that the better sort of people who drink spirits diluted with water prefer the malt spirits; inferior people, who drink drams, prefer the corn spirits.’

Donald MacEacharn told a Select Committee in 1831 that his Islay malt whisky fetched nine shillings a gallon, in markets where grain whisky fetched six shillings.  Yet most of the criticism of grain whisky was directed at the types mass-produced by the great Lowland distillers, such as the Haigs and the Steins, who dominated the market. They distilled their spirits quickly in broad, shallow stills to counter government taxation levied on total still capacity.

Such rapid distillation techniques made it difficult to prevent the unwanted feints ‘coming over’ with the spirit. These noxious compounds could be removed or disguised by the English gin rectifiers who were the main customers for Scotch grain whisky, but were all too apparent on the noses and palates of ‘dram drinkers’.

But not all grain whisky was distilled rapidly, and there were those who said that when it was triple distilled, slowly, in more conventional deep pot stills, it could be a flavoursome and ‘wholesome’ beverage.

The distiller William Sellers, for example, told the commissioners in 1799: ‘I conceive malt spirits to be better than those made from a mixture of malt and barley: but that a mixture of rye or wheat with malt is preferable to either.’

Other distillers claimed that, by using peat instead of coal or wood to dry their malt, they could create grain whiskies which easily satisfied the taste buds of Highland malt aficionados. The introduction of the continuous still in the 1830s enabled distillers to produce a strong and neutral-flavoured grain whisky more cheaply and in far greater quantities. Initially intended primarily for sale to English gin manufacturers, it was subsequently the key ingredient in the blended Scotches which became the mainstay of the Scotch whisky industry. The making of grain whisky in pot stills seemed to have been forgotten… until today.

Arbikie bottled its Highland Rye whisky in December 2018, and while the grain spirits from Inchdairnie and Bruichladdich are yet to reach full maturity, the results from these distilleries, and others yet to declare their involvement, are eagerly anticipated. We can expect spicy flavours from the rye and a rich creaminess from oats. There will be experimentation in the selection of yeast varieties and spirit cuts appropriate for working with the different types of grain, which will also influence the character of the new whiskies.

Whatever the results, these ‘new’ whiskies will go under a traditional name: under the Scotch Whisky Regulations, they must be classified alongside Haig Club et al as single grain Scotch whiskies.