There’s a lot to love about grain whisky – accessible, delicious and mostly affordable, but why doesn’t it get the same kudos as its malt cousins? Having begun his Scotch journey with a certain square blue bottle, the Whisky Virgin circles back to rediscover grain. 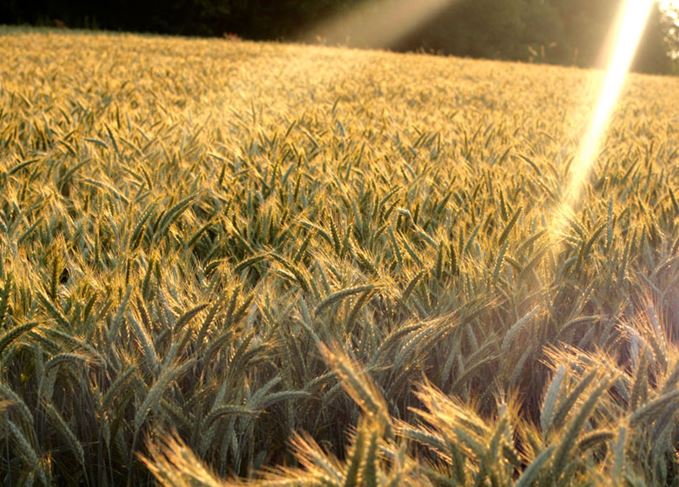 Alternative to malt: Scotch grain whisky is usually made from wheat (as pictured) or maize

So far, on my voyages in the whisky-verse, I have yet to find a type of whisky I don’t like. Individual whiskies, sure – they can’t all be winners – but if we’re talking categories, I’ve discovered I can party with blended Scotch, Kentucky rye whiskey, Japanese single malts no problem. But I get the impression there’s one sub-species of Scotch that even the most open-minded dram heads find it hard to get excited about. I am referring to the other-other Scotch whisky – grain.

Now, being that this is a safe space and we’re all mates and that, I’ll come out and say that my first dram was a grain whisky. I sort of wish I could front like my Scotch debut was something impressive and hard sounding – ‘yeah, I think it was a Laphroaig. 60-something percent, bits of stave floating in it, sucked it straight from the cask. I spoke perfect Scots Gaelic for two hours afterwards, no joke,’ – but that just isn’t the case. When I set out on my mission to get whisky-woke I was like a lot of Scotch newbs: nervous and skint. That’s why, on a bartender’s recommendation, I wound up sipping on a vanilla-y little number endorsed by a certain Mr. David Beckham.

I liked Haig Club at the time; it was a nice, nonthreatening way into Scotch and one of very few whisky bottles on the bar that felt accessible. As a millennial, I am very easily swayed by bright colours and celebrity endorsements – we love all that sort of thing. But I have to say, as I dig myself ever deeper into the world of whisky, it’s not one I go back to.

The thing is, I reckoned there had to be more to grain whisky than blue bottles and golden balls. In order to find out if my hunch was right, I hit the street to ask some questions. What is grain whisky? Is it any cop compared to malt? Do you need footballers to make it or will any famous spokes-face do? Everyday’s a school day, amirite?

So, I hit up every whisky spot in town looking for samples of grain whisky and some sweet, sweet education. Now I’ll be honest, all that research left me a little fuzzy but I managed to hold onto these here facts about grain whisky:

As my liquid research went on I started to see why there’s some grain whisky scepticism out there. It just doesn’t sound that romantic. Seems like it’s easy to assume that all grain whisky is thin, pasty, gets no respect – I know how it feels… But that’s not the whole story.

There are firms out there proving that grain whisky can be more than just blending bulk or the liquid core of a snazzy marketing campaign. Independent bottlers from all over are snapping up casks of grain and straight bottling them, giving us a chance to try longer aged grain whisky in its natural state. The prices aren’t bad, either. A lot of these indie grains give peeps on a budget the chance to try older whiskies than our brittle little bank balances would normally allow.

Fancy chugging a whisky from the year you were born but don’t feel like selling an organ or three to buy it? Try an indie grain, my dude. A lot of the single grain whiskies – that’s grain from one distillery, apparently – I’ve sampled on this month’s research binge were soft, easy drinking, and choc-fulla bakery-type flavours. What’s not to like?

I can especially recommend fruity, flowery Loch Lomond Single Grain – actually made with malt but on a grain-type still; Nikka Coffey Grain – a Japanese dram that’s like an artillery shell of pure, spicy pastry; and any of the single cask grains from independent bottler Signatory – not the cheapest whiskies out there but totally great value for their age.

Were they as deep and downright complicated as their malty equivalents? To be fair, guys, they probably weren’t. But it seems to me – as I settle into hot take mode – that being mad at grain whisky for not being malt whisky would be a bit like being mad at a cheeseburger for not being a steak. I can accept that it’s different and enjoy it anyway, I reckon.

But that, my friends, brings me on to the problem with grains – the dark side of this light style of whisky. In contrast to the decently priced indies, I saw a lot of official distillery bottlings that equalled malts and top shelf blends in price. I loves me some cheeseburgers, but not at steak dinner prices, feel me?

Apologies to the veggie fam – substitute, like, tempeh or something in this analogy.

For a lot of us, grainy Scotch is an unexplored corner of the map and I think that some grain slingers out there are taking advantage of that when it comes to working out their prices. I will name no names and protect the guilty, but I reckon there’s a bit of the ole ‘spend most of the money on packaging and target the young people, they’ll pay anything, the pricks!’ attitude going on out there. One of the big advantages of grain – alongside the fact that it can be sweet, tasty, and crowd-pleasing – is that it’s a cheaper-to-make kind of Scotch. It looks like we’re about two weeks away from the cheapest bottles of age stated single malt costing more than a diamante fighter jet and if grain is priced the same then it stops making sense to me.

So, there you go. My take of the month is aimed right at you, whisky barons. Sell us grain whisky, we’d love to have a crack at it, but don’t go acting like a load of train companies or private landlords making the prices you charge totally out of whack with the experiences they buy.