Is barley variety important in whisky?

The variety of grape selected to create a wine has a huge impact on its flavour. So much so, that wines are named after the grape (or grapes) used. But is the same true of the barley variety used to make whisky? The Whisky Professor investigates. 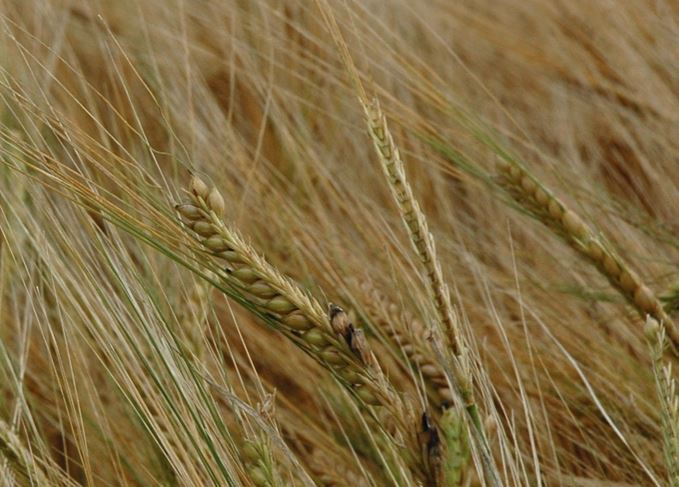 As a wine-drinking convert to whisky I was wondering whether the variety of barley plays a similar role to grape variety, or is that a stupid question?

Burning question: Distillers have been debating the influence of barley variety on whisky for years, says The Prof

There is no such thing as a stupid question, and the one which you have asked is one of the hot topics in whisky at the moment.

It has been widely believed that while barley as a whole will contribute flavour to a mature whisky, the specific variety will not have a significant (or indeed any) impact. The varieties chosen were done so because of their ability to resist disease and to provide as much yield (litres of alcohol per ton of barley) as possible.

That belief is now being challenged by a number of distillers around the world. One of the most vocal has been Westland in Washington State, whose Matt Hofmann wrote on the subject on this site earlier this year.

You are beginning to see distillers once again seeking out varieties which the industry had binned because of their low-yielding qualities, such as Golden Promise and Plumage Archer. I touched on this last year. The irony of the re-examination of Golden Promise as a flavour-led variety is that it was introduced in the 1960s as a high-yielding variety.

What is clear however from my discussions with distillers who have started to re-examine Golden Promise is that they agree that it gives an oily, rich mouthfeel which sets it apart from today’s commonly-used varieties. These investigations, which I’m sure will continue, are just one aspect of the work currently underway.

Earlier this year, the creation of a £62m International Barley Hub (IBH) was approved. This will sit within the James Hutton Institute’s Invergowrie site near Dundee. One of the IBH’s express areas of research is to look at flavour and sustainability.

The reason for this was outlined by Dr. James Brosnan, director of research at the Scotch Whisky Research Institute. He pointed out that, currently, barley is drawn from a narrow genetic pool, all of which is harvested at the same time. As he said: ‘that’s a lot of eggs in one basket.’

The IBH will be helped in this area of investigation thanks to the recent successful mapping of the barley genome by the Hutton Institute. This shows the vast range of barley types which exist and also the very narrow band from which the whisky industry is drawing. While not all of the strains will be suitable for malting or distilling, the genome project opens up a new range of possibilities which could be open to whisky.

Centre of debate: Little is currently known about the influence of barley variety on flavour

The trials which are currently underway across Scotland aren’t only looking at flavour, but sustainability (new varieties will have to cope with climatic conditions in 2050) and site-specific issues.

There is a long-term project on Orkney, which is examining the possibilities and potential of the ancient bere strain, while one west coast distillery is currently trialling a Norwegian variety to see whether it would be better suited to their climatic conditions.

Distillers on Islay are not just growing barley again, but are asking what variety might best suit the island’s very specific conditions: a shorter growing season, rainfall, soil type, the impact of geese, all of which differ significantly from the east coast.

In time we may see different varieties created to suit the wide variety of conditions which exist across Scotland. These might be old varieties, or conceivably new crosses.

New frontiers: Bruichladdich on Islay is one distillery growing its own barley

The issue of growing for flavour overlaps with this. There is a wider debate – which doesn’t belong here – on whether it is right for distillers to reduce yield in order to maximise flavour. There are distillers across the world who believe that this has to happen and are investigating the possibilities. There is evidence that some varieties do have a significant flavour impact at the new make stage.

Time will tell whether this marked difference will carry through in maturation, or be dumbed down, even eliminated. Golden Promise and bere carry their character into maturity – will others?

There is also the possibility that some varieties might work best with specific yeasts. That pairing process is another rabbit hole down which some distillers are already disappearing.

We are just at the start of the investigation. Unlike wine, where you can see the impact of a different variety or new clone relatively speedily, in whisky it takes longer. It will be a fascinating area to keep track of, but be patient.

Many thanks for your question,