Whether it was his knowledge and passion for Scotch, his eagerness to explore new ideas about distilling, or the humanity and humour with which he approached his subject, Michael Jackson left a legacy that inspired generations and energised an industry. Ten years after his death, five prominent whisky personalities (and friends) recount their memories of the great man – including single malts, John Coltrane, rugby league and poached eggs. 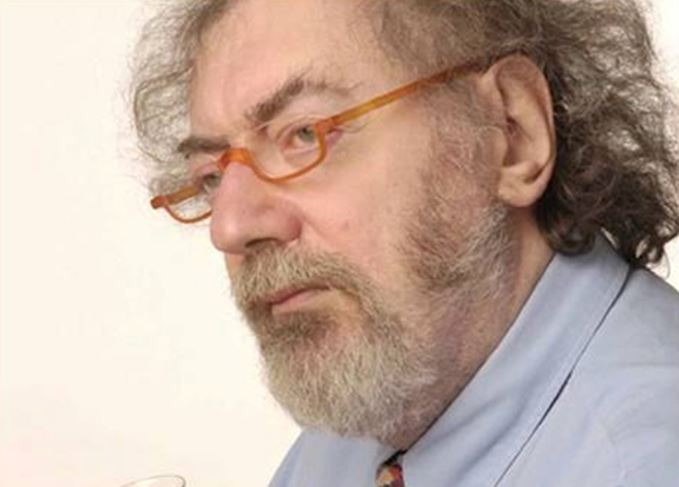 ‘He had a gift for looking around new corners’

‘I first met Michael Jackson in the men's room at the University of Pennsylvania Museum of Anthropology and Archaeology. What started as a chance meeting developed into recognition, and then a collegial friendship, and then a professional relationship when I edited his column for Malt Advocate.

‘He had a gift for looking around new corners: terroir, yeast effects on whisky, a connection between whisky and herbal liqueurs like Chartreuse, and always the human connection to distilling and brewing.

‘The last time I saw him was on a sunny summer evening in Philadelphia, a city whose beer culture he had often praised. He walked up to the steps of Monk’s Café, arm-in-arm with Carolyn Smagalski, who was holding some flowers he’d just bought for her around the corner. He smiled, we shook hands, exchanged some pleasantries, and went in.

‘Michael was hosting a dinner, of course, and though his voice was soft, it was solid. When dinner was over, he retired to the back room, where he held an unscheduled Q&A that went on for almost an hour. We leaned in to hear him, and his thoughts were as clear and incisive as ever. Then I went home... and about a month later, Michael was dead.

‘No-one can ever be like him again, unless chronicling of whisky and beer falls completely out of favour for decades, and these drinks fall out of the favour and respect that he is – yes, he is – significantly responsible for winning for them.

‘And if that were to happen? I think it more likely that a renaissance would be led by the rediscovered writings of Michael Jackson, than that another such tireless searcher and writer would rise from the foam.

‘I miss that rumpled old man.’

Jazz fan: Michael Jackson selects an Art Tatum CD in the Tagrijn pub in the Netherlands (Photo: The Whisky Couple)

‘The godfather of whisky writing’

‘Michael combined an extraordinary talent with a Stakhanovite work ethic. His legacy as the godfather of whisky writing is twofold: first, his writing remains unparalleled and his books are still among the finest on the subject; second, the plethora of commentators making a living by opining on the subject today. Without Michael’s pioneering and enduring body of work, coupled with his promotional skills, the landscape would look very different today.

‘Generosity is in proportion to the precious nature of what is being offered; for a man who knows he is unwell and is aware of mortality's ticking clock, to give freely and frequently of his time is truly generous. So it was with Michael; his appetite for information, nose for a scoop and reluctance to disappoint a friend meant that I arrived for a meeting at his office on the very day he died.

‘I was grateful that he helped shape the editorial format of Whisky Magazine, was punctual with his peerless copy and, usually, kind with his criticism.

‘From Hammersmith to Hokkaido, often via Heathrow, and always with a glass in hand, we would discuss the relative merits of rugby union and league (with little success on my part in changing his opinion of the 15-man code), and of Sonny Rollins and John Coltrane. We would also, lest anyone imagine him a saint, exchange candid opinions on the whisky industry and some of the characters therein.

‘Overall, it is his warmth and wit that I recall. As he wrote to me one day following a discussion of our shared eastern European roots: “If whisky is not Polish, why does it end in -sky?”

‘I still miss Michael and am aware that I’m not the only one in whisky (and beer, for that matter) for whom MJ was a father figure.’

‘My first encounter with Michael was shortly after I’d joined United Distillers as archivist in 1990, when I went along to a Balvenie tasting he was giving in James Thin’s bookshop in Edinburgh.

‘Although I’d tasted lots of whisky by then, I think it was the first whisky tasting I’d been to, and both Michael, and the Balvenie, were a revelation. I got to know him (and his trusted assistant Owen Barstow) a lot better a few years later when I took over the Rare Malts; Michael wrote all the tasting notes for us, and continued to write notes on the Special Releases when we launched those in 2001.

‘We also travelled together, sometime by design, sometime by accident, and enjoyed (I like to think) some intense and occasionally challenging conversations on the subject of Scotch whisky, and the responsibility the industry had for safeguarding its future. However, Michael was always at his best on the subject of writing.

‘He was as passionate about words and structure as a musician (I suppose it would have to be Miles Davies) about notes and scales – and I particularly recall one animated conversation on this subject as we drove across the hills from Royal Lochnagar to Speyside on a bright spring afternoon.

‘Michael set a very high bar when it came to his work – always interesting, always surprising, every word carefully considered. And, when he wrote, it was always about the words, always about the whisky, and never about Michael.

‘Sad to say that, since his death, despite the proliferation of writing and writers on Scotch, few have got anywhere near it.’

‘The essence of a true reporter’

‘When I woke up on the last day of August, I immediately remembered that Black Thursday, when I got a phone call telling me the terrible news. It was like an electric shock.

‘Denial was my first reaction. It could not be possible. Michael could not have left us. He would have sent a mail to tell me… Then the wave of tributes which flooded my mailbox made it clear it was not a nightmare. It was reality.

‘He has significantly influenced the careers and the lives of many of us. Mine enormously as he encouraged me to write articles in English, especially for Whisky Magazine. The contribution of a foreign writer was not especially favoured in these times.

‘I found the tribute I had written in 2007 for Whisky Magazine, recalling fun memories. We shared the same love for words and literature, and used to exchange an email every morning. This is [part of] what I wrote in 2007…’

‘I first met Michael nine or 10 years ago. I had been invited by William Grant to a cask selection. I felt so honoured to join the big boys in this trip. So thrilling for an obscure French journalist to be part of a cask selection with “the” whisky writer who had, as for all of us, been the catalyst of my malt fever.

‘I was astonished (and admiring) to see how meticulously he would listen to our guide and ask questions when we visited distilleries together – distilleries that he had been to so many times.

‘He was interested in the dram, but most of all in the life, behind and beyond. The essence of a true reporter. But also of a brilliant writer, as he could, like no-one, sublimate the details he collected into gems, distilling a genuine literature.

Own blend: Berry Bros & Rudd bottled its own tribute to Jackson in 2009

‘We discussed Campbeltown over poached eggs…’

‘My most personal recollection with Michael does me little credit. It was Talisker’s 175th anniversary bash on 9 September 2005, and a big party had been organised on Skye.

‘I was duly uplifted by chauffeur-driven Jaguar in Bearsden to head out to the airport and pick up an Oddbins manager, before heading into Argyll to get Richard Joynson of Loch Fyne Whiskies and then head north.

‘Unfortunately, major roadworks in Glencoe had not been factored in, and the result was that we would have been quicker doing the 200-plus miles by pony. We arrived in Portree as the bus, with all the Diageo guests who had been billeted around the town’s guesthouses and hotels, was revved-up and ready to leave Somerled Square for the distillery.

‘We were not popular. I remember Michael peering down on us over the rim of his spectacles… “Get a move on…” We arrived late, but it was a great party which lasted into the wee small hours with a full-on ceilidh.

‘Morning came, with the usual numbness and confusion that accompanies a time well-had the night before, and I stumbled towards breakfast. In the dining room I spied Michael sitting alone and asked if I could join him.

‘He peered over his spectacles again. “Rough night, Neil then?” he drawled in a most lugubrious, Yorkshire, oh-you-silly-boy way. “I usually find that poached eggs on toast does the trick,” he suggested.

‘And, after that, it all seemed to return to normal as we chatted away on matters whisky and, particularly, Campbeltown… as you do when whisky writers get together with nothing better to do other than poached eggs on toast.’