The smallest member (by some way) of Diageo’s 29-strong distillery portfolio, Royal Lochnagar is a conundrum.

Everything about the plant, especially its two small stills and worm tubs, point to this being a classic, ‘heavy’ 19th century site. Instead, its distilling team work to make it ‘light’. The wort – from a rake and plough mash tun – manages to be clear (which is not easy to achieve). Ferments are long, but it is the way in which the stills and worms are utilised which makes the difference.

Distillation is slow to maximise reflux and the stills’ doors are opened after distillation to allow air in to rejuvenate the copper. Meanwhile, the worm tubs are run warm. All of this maximises copper conversation and produces a new make with the aroma of dry grass, a background of fruit and mid-palate depth. It is this weight which allows the bulk of the make to be aged in ex-Sherry butts. 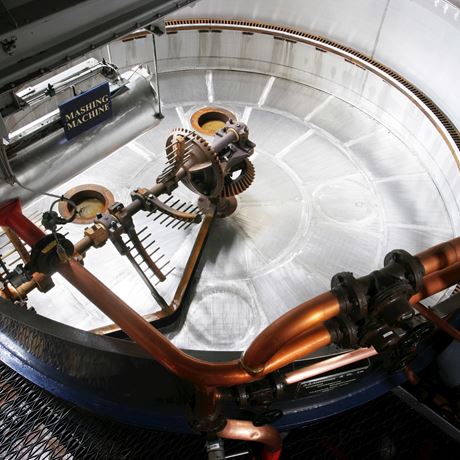 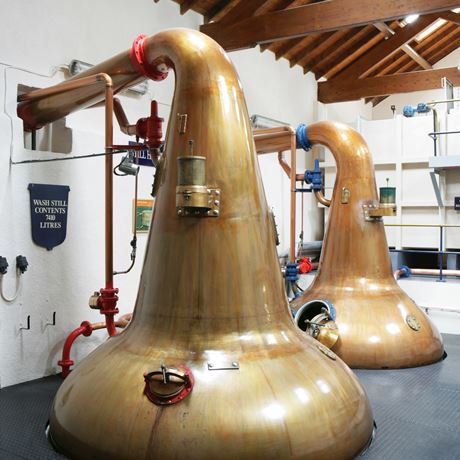 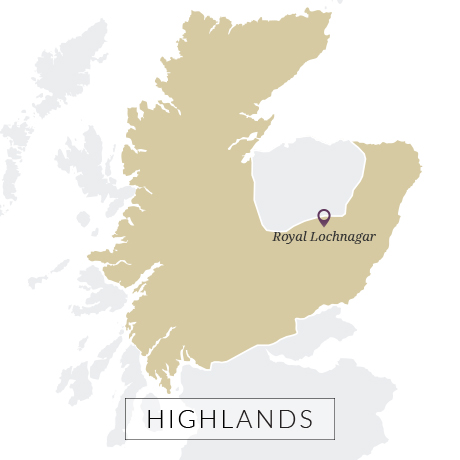 Moonshining was a profitable activity in Upper Deeside in the late 18th and early 19th centuries. As a result, when licit distilling was attempted post-1823, the reaction of the whisky smugglers was extreme. The first distiller to attempt legal whisky-making in the parish of Crathie, James Robertson, had three distilleries burned down.

John Begg, however, had both time (opposition to legal distilling had faded by the end of the 1820s), and a powerful patron on his side when he commenced distilling across the river from Crathie in 1845. Queen Victoria and Prince Albert had only recently bought the neighbouring Balmoral Estate (complete with castle), a move which not only confirmed Scotland as a fashionable destination for the English middle classes, but began to give whisky a foothold in the wider British consciousness.

Begg invited his new neighbours to his distillery soon after he opened and in 1848 what is claimed to be the first ever distillery tour took place. The Queen, her consort and their three eldest all took a dram of Begg’s make [the Queen would go on to favour mixing hers with claret] and a few weeks later Albert awarded a Royal Warrant to the distillery. No-one would now dare to burn the place down.

Begg’s own blend built a solid reputation and his firm was absorbed into John Dewar in 1916. In 1925 it became part of DCL [now Diageo]. A small site, its make was destined for a number of blends and in more recent times became the named malt in Korea’s top seller, Windsor, and among the list of malts used in Johnnie Walker Blue Label.

It has also played a small but significant role in single malt. For a period its no-age-statement, 100% Sherry cask brand, Selected Reserve, was the most expensive whisky in the Diageo portfolio. It, an expression finished in Moscatel casks, and a 12-year-old make up the current range.