An almost unique distillery in its absence of a mash tun, Teaninich is one of Diageo's giant workhorses, producing malt whisky for its range of blends.

In 2000 a hammer mill and mash filter – the only one operational in a Scottish malt distillery – was installed at Teaninich. The use of the technology, which removes the need for a mash tun, was to produce ultra-clear wort, giving a clue as to the Teaninich distillery character: a fragrant exotic grassiness that brings to mind Japanese green tea and coumarin-rich bison grass. Fat stills also add a distinct oiliness to the texture while not blunting any of its penetrating acidity.

A 12-year-old is part of Diageo’s Flora & Fauna series and there are occasional releases from independent bottlers. 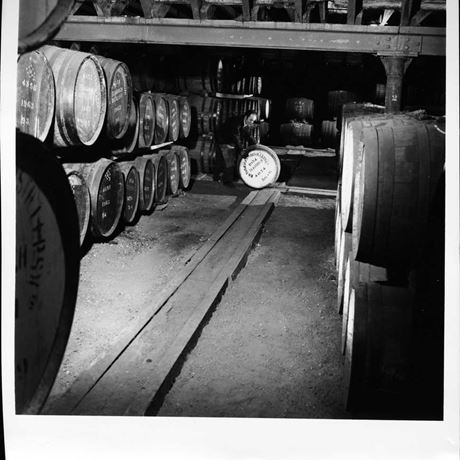 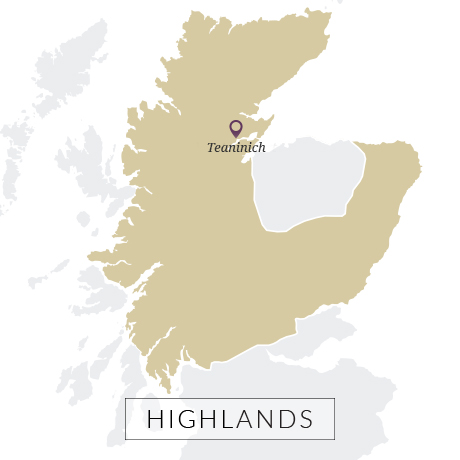 Built in 1817, Teaninich was an early legal distillery, but as it was built by Napoleonic war hero and estate owner ‘Blind’ Captain Hugh Munro that’s no more than you would expect. He and his brother General John Munro were notable as being benign and caring landlords in a region which was brutally hit by the Highland Clearances [see Clynelish].

Another local man, John Ross, took the lease in 1869 and ran the site until 1895 when it was transferred to Elgin-based blenders Munro & Cameron. It was the trustees of the late Innes Cameron who sold Teaninich to DCL in 1933.

It has undergone regular expansion – larger stills were installed in 1946, before the pair were doubled in 1962. In 1970 a new distillery, Teaninch ‘A Side’, with six stills was built. The two parts ran simultaneously until 1984, when the original site (‘B Side’) was silenced.