How will US tariffs affect Scotch whisky?

Scotch whisky makers are facing the prospect of paying a 25% tariff on exports of single malt to the US from the end of next week, as a tit-for-tat trade war between the US and the European Union intensifies. How badly will the industry be affected – and what happens next? Richard Woodard reports. 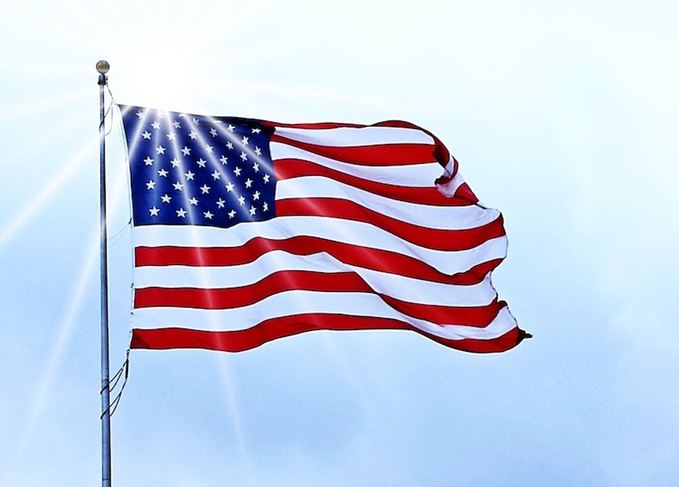 American dream: But tariffs could soon turn Scotch’s most lucrative market into a nightmare

It’s a trade dispute linked to aircraft subsidies and, indirectly, to steel and aluminium imports; it’s also, to many observers, symptomatic of the protectionist, ‘America first’ philosophy of the Trump Administration. And it could be about to push up prices of single malt Scotch in the US, costing distillers many millions of pounds in the process.

Last week, the Office of the US Trade Representative (USTR) announced the imposition of tariffs on a wide variety of imported goods from European Union (EU) nations: 10% on large civil aircraft, and 25% on agricultural and other products, including single malt Scotch whisky and single malt whisky from Northern Ireland.

The tariffs, due to take effect from 18 October, are the result of a World Trade Organization (WTO) judgement – the largest in its history – that the US should be allowed to impose tariffs worth just under US$7.5bn a year against EU nations, linked to a trade dispute that goes back 15 years.

The USTR contends that EU nations contravened WTO law in giving launch aid to European aircraft maker Airbus, leading to a ‘significant’ loss of sales for US rival Boeing. Particularly at fault, the USTR argues, were the prime movers in Airbus: the UK, France, Germany and Spain.

The WTO judgement in favour of the US paves the way for tariffs to be imposed, but why is single malt Scotch in particular being targeted? According to the Scotch Whisky Association (SWA), single malt represents more than half the total value of UK products on the tariff list, at more than US$420m.

Promised land: The US accounts for more than one-quarter of single malt exports by value

The answer may well lie in another ongoing trade dispute, related to the Trump Administration’s targeting of subsidised imports of steel and aluminium from China. The resultant tariffs – imposed not only against China, but also against the EU – led to retaliatory EU action, including a 25% tariff on imports of US whiskey.

That episode probably explains the targeting of single malt Scotch by the USTR, and also provides a worrying precedent: since the EU imposed the 25% tariff last year, imports of US whiskey have fallen by 21%.

No wonder, then, that SWA chief executive Karen Betts says the new tariffs ‘will undoubtedly damage the Scotch whisky sector’, in what is its most valuable market by some distance. Scotch whisky exports to the US in 2018 were worth £1.04bn, of which single malt accounted for £344m, or 33%. Including blends, which are not (yet) subject to tariffs, the US is responsible for 22% of global Scotch whisky exports by value, and 11% by volume.

There is, however, no certainty that this would happen. Distillers or their importers could decided to absorb all or part of the cost of the new tariffs, preventing consumer prices from going up as a result – but in practice this will only be feasible in the short term. If the tariffs remain in place, price rises will be inevitable.

It’s also possible that US consumers will absorb the extra cost, willingly paying more for their favourite single malt – but then again they may feel forced to buy alternative products from the US, Ireland or elsewhere instead.

‘The tariffs will affect everybody, but I suspect that smaller players will feel the brunt as they are generally working with smaller importers in the US who don’t have the financial muscle to absorb the extra costs,’ says Euan Mitchell, managing director of Isle of Arran Distillers.

‘The impact will be hard-hitting as single malts are fighting in a very competitive US market and facing growing sales of Bourbon and “craft” whiskies from around the world. If we lose consumers during this period of higher pricing, there is no guarantee we will win them back when the dust hopefully settles.’

This raises another key question: what happens next? The decision to impose the tariffs on single malts, but not on blends (and not on Irish whiskey at all, barring single malt from Northern Ireland), came as something of a surprise to the industry – but it’s a reprieve that might not last long.

Amid the widespread condemnation of the tariffs from inside and outside the drinks industry, the UK’s Department for International Trade has said that it is seeking confirmation from the WTO that it has complied fully with WTO rulings on Airbus – and so should not be subject to tariffs in the first place.

What is more, the EU has lodged a complaint of its own with the WTO about claimed US Government subsidies to Boeing, with a judgement expected in mid-2020.

That could lead to further tariffs imposed on US imports into the EU – but we might not have to wait that long: finance ministers in France and Germany have already hinted at the possibility of retaliatory sanctions against the US in the near term. If this tit-for-tat trade war continues to escalate, could blended Scotch and Irish whiskey be next on the US hit list?

President Trump welcomed the introduction of the tariffs as a ‘nice victory’, which rather clashes with the line adopted by alcohol trade associations in the US. Distilled Spirits Council analysis estimates that the combined tariffs (covering Scotch, liqueurs, cordials and wine) could cost 13,000 US jobs, including truckers, farmers and bartenders.

The President’s apparent glee also fails to address the impact of tariff-free trade between the US and EU over the past 25 years. According to the SWA, quoting Distilled Spirits Council figures, US-EU bilateral trade in spirits has grown by nearly 450% over that timescale, and was worth more than US$6.7bn in 2018. Scotch whisky exports have grown from £280m in 1994 to £1.04bn last year.

At a time of continued uncertainty over the timing, nature and impact of the UK’s exit from the EU, the last thing Scotch whisky distillers need is a blow to the industry’s most lucrative export destination.

The USTR has said it will ‘continually re-evaluate’ the tariffs based on discussions with the EU, while the UK Government says it is ‘working closely’ with the US and EU to find a settlement of the dispute. The Scotch whisky industry will hope that a trade war that appears to be building in intensity by the day can somehow be de-escalated.

‘It is a double-whammy for the industry on top of all the current Brexit chaos and uncertainty,’ says Mitchell, who wryly recalls a famously pivotal moment from 1980s TV soap opera Dallas: ‘I keep hoping this is all a “Bobby Ewing” moment and I will get out of the shower one day and realise it has all just been a very bad dream.’